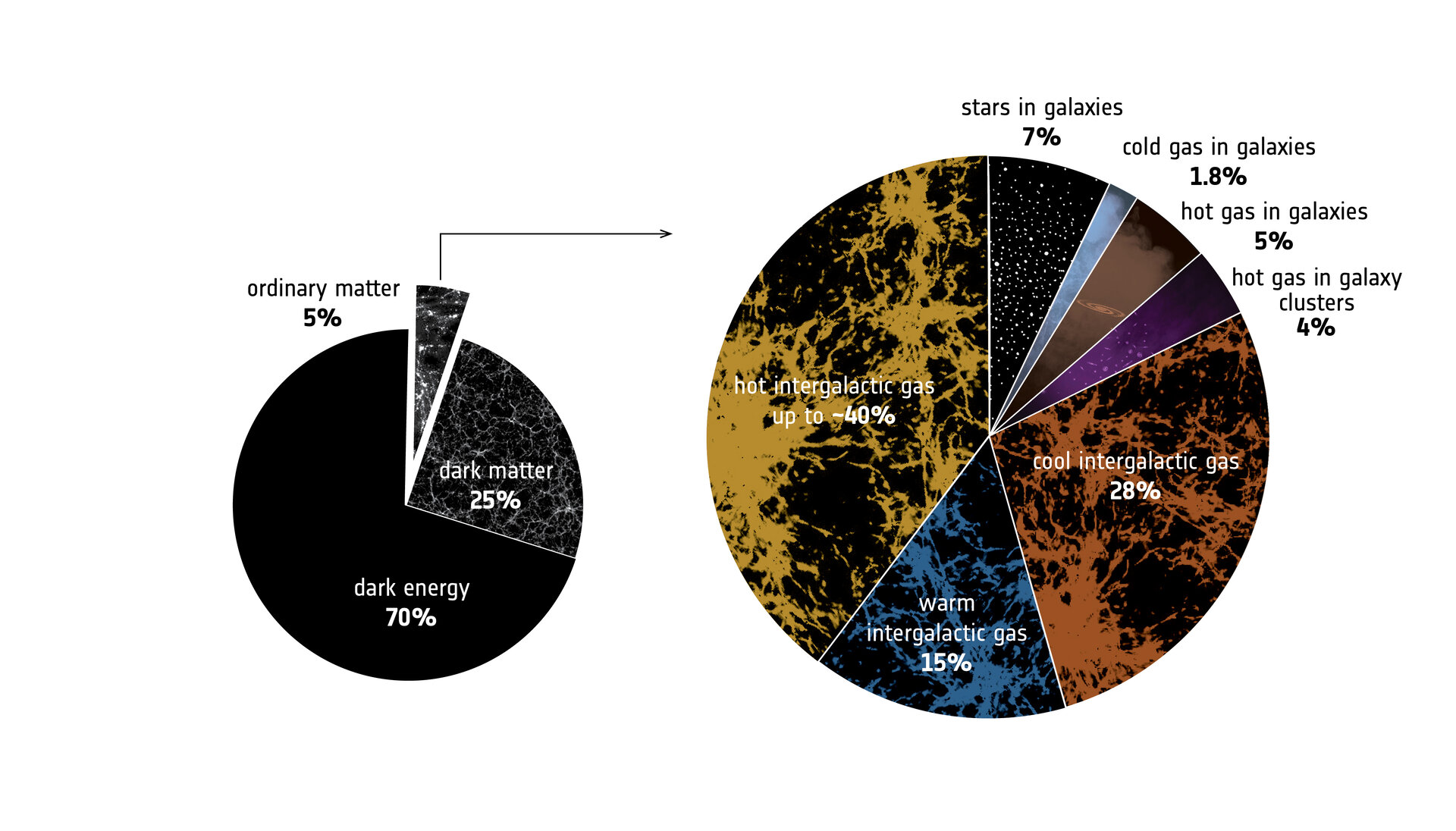 The cosmic budget of ‘ordinary’ matter

While the mysterious dark matter and dark energy make up about 25 and 70 percent of our cosmos respectively, the ordinary matter that makes up everything we see – from stars and galaxies to planets and people – amounts to only about five percent.

However, stars in galaxies across the Universe only make up about seven percent of all ordinary matter. The cold interstellar gas that permeates galaxies – the raw material to create stars – amounts to about 1.8 percent of total, while the hot, diffuse gas in the haloes that encompass galaxies makes up roughly five percent, and the even hotter gas that fills galaxy clusters – the largest cosmic structures held together by gravity – accounts for four percent.

This is not surprising: stars, galaxies and galaxy clusters form in the densest knots of the cosmic web, the filamentary distribution of both dark and ordinary matter that extends throughout the Universe. While these sites are dense, they are also rare, so not the best spots to look for the majority of cosmic matter.

Most of the Universe’s ordinary matter, or baryons, must be lurking in the ubiquitous filaments of this cosmic web, where matter is however less dense and therefore more challenging to observe. Using different techniques over the years, they were able to locate a good chunk of this intergalactic material – mainly its cool component (also known as Lyman-alpha forest, which makes up about 28 percent of all baryons) and its warm component (about 15 percent).

After two decades of observations, astronomers using ESA’s XMM-Newton space observatoryhave detected the hot component of this intergalactic material along the line of sight to a distant quasar. The amount of hot intergalactic gas detected in these observations amounts up to 40 percent of all baryons in the Universe, closing the gap in the overall budget of ordinary matter in the cosmos.