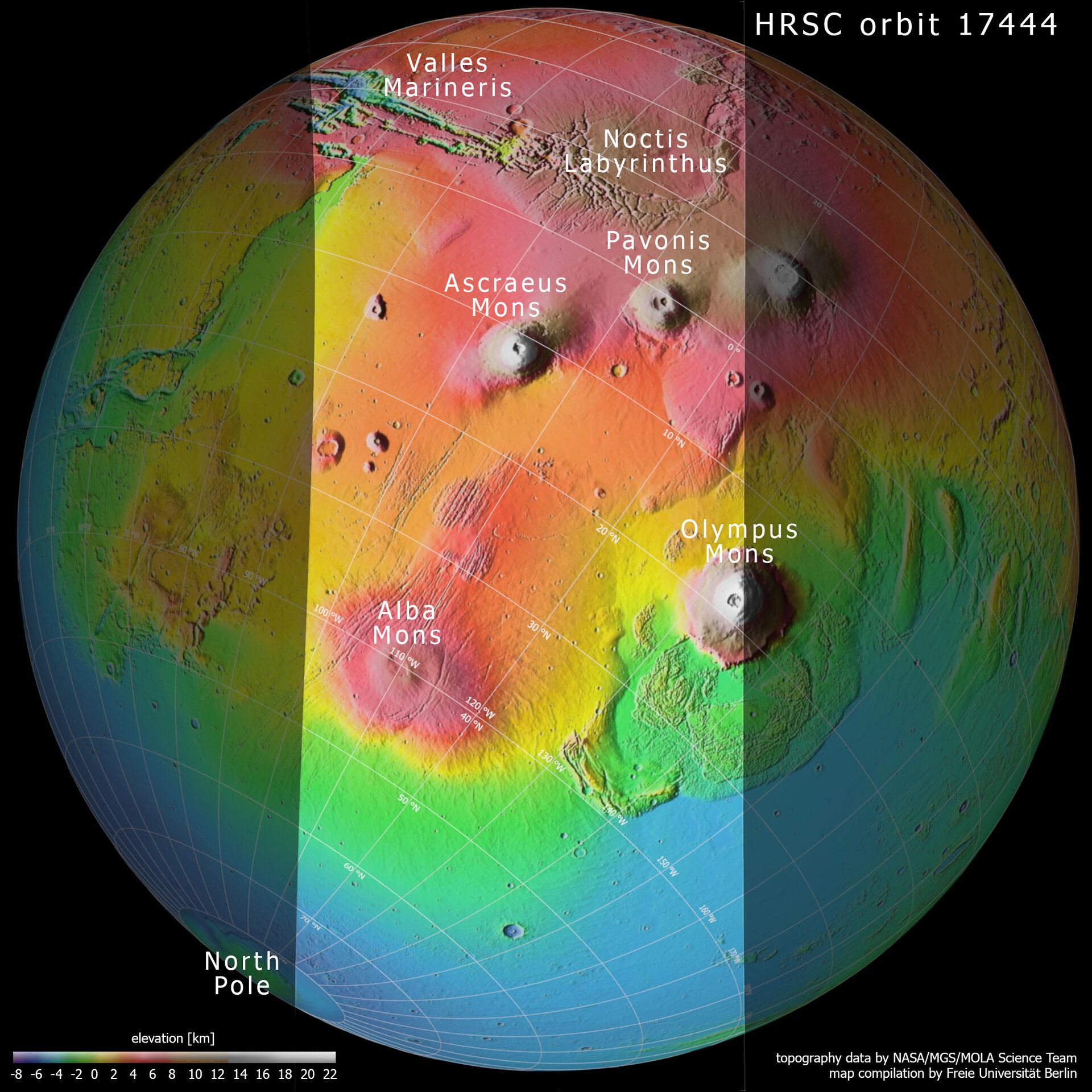 Topography of Tharsis region on Mars

This context map is based on data from the Mars Orbiter Laser Altimeter (MOLA) experiment onboard NASA’s Mars Global Surveyor (MGS) mission. It shows the slice of Mars captured by the High Resolution Stereo Camera aboard ESA’s Mars Express spacecraft to celebrate the mission’s 15th anniversary: the intriguing and once-active Tharsis province.

Included in this labelled view is the extensive canyon system of Valles Marineris, the web-like system of fissures comprising Noctis Labyrinthus, two out of four volcanoes, the north pole, and the so-called Martian dichotomy: the difference in altitude between the northern and southern regions of Mars. Areas at higher altitudes are shown in red-orange tones, while those at lower ones are displayed in blue-greens (as indicated by the scale to the bottom left).

This map was created by the Planetary Sciences and Remote Sensing group at Freie Universität Berlin, Germany.