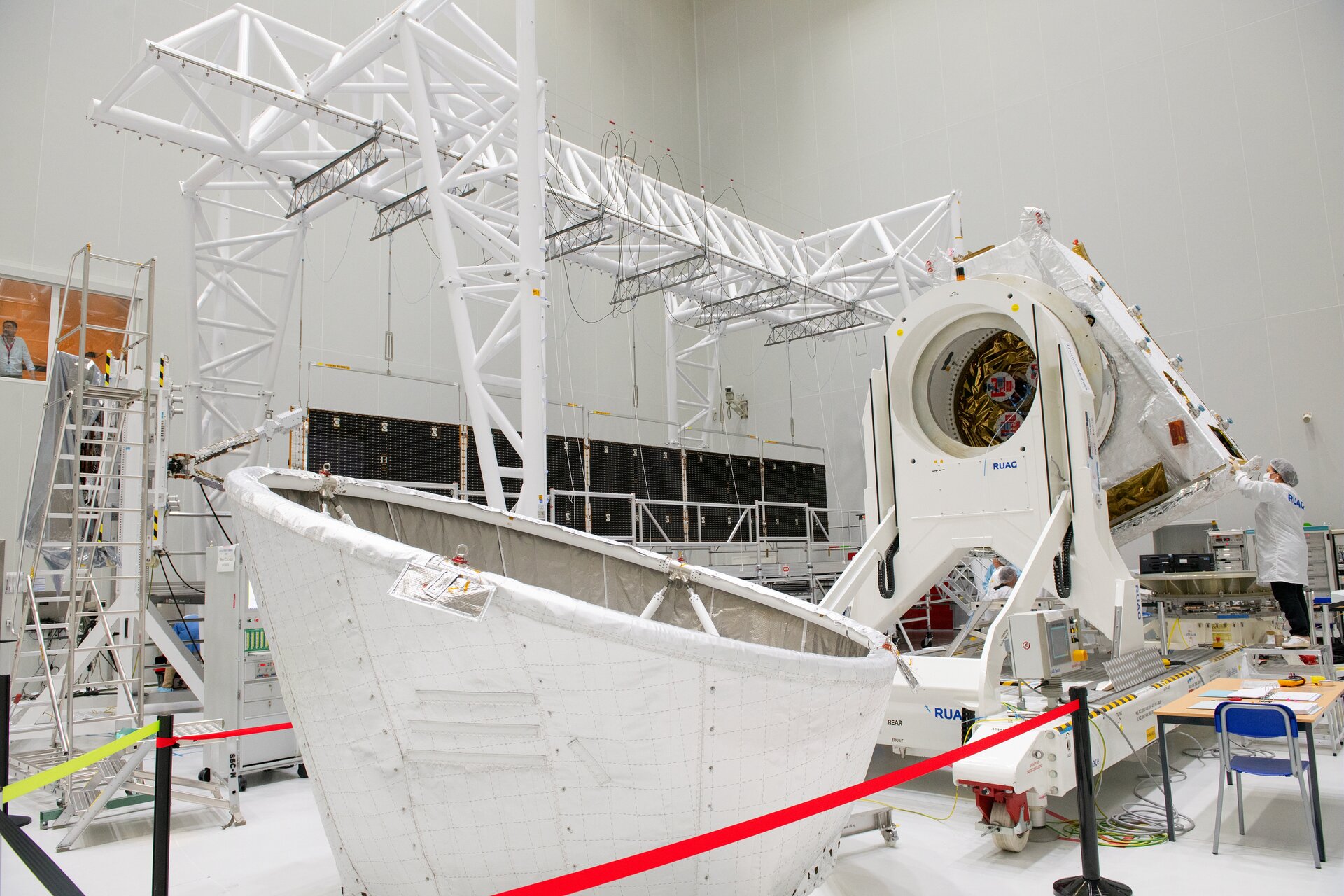 BepiColombo sunshield and transfer module at the Spaceport

Two elements of the BepiColombo mission during launch preparations at Europe’s Spaceport: the Magnetospheric Orbiter Sunshield and Interface Structure (MOSIF) that will protect the JAXA Mercury Magnetospheric Orbiter en route to Mercury is seen here in the foreground, while the ESA Mercury Transfer Module (MTM) that will carry the two orbiters to Mercury is in the background.

The ESA-JAXA BepiColombo mission consists of two science orbiters – the Japanese Mercury Magnetospheric Orbiter (MMO) and ESA’s Mercury Planetary Orbiter (MPO) – and the Mercury Transfer Module (MTM), which will use solar electric propulsion to take the two orbiters to the Mercury, along with gravity assist flybys at Earth, Venus and Mercury itself.