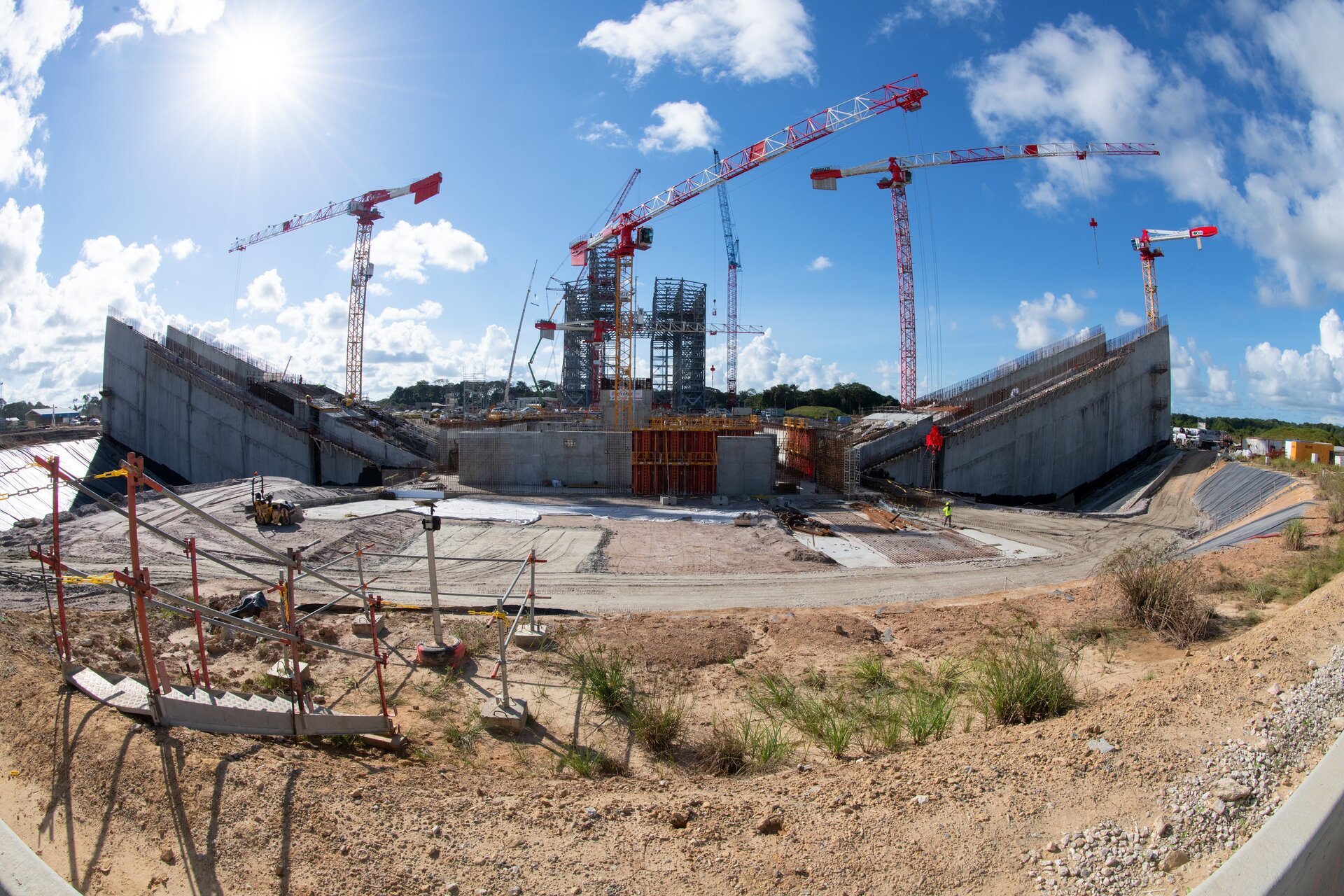 In this image you see both the launch pad and, in the background, the steel frame of the mobile gantry.

ESA and European industry are currently developing a new-generation launcher: Ariane 6. This follows the decision taken at the ESA Council meeting at Ministerial level in December 2014, to maintain Europe’s leadership in the fast-changing commercial launch service market while responding to the needs of European institutional missions.

The overarching aim of Ariane 6 is to provide guaranteed access to space for Europe at a competitive price without requiring public sector support for exploitation.

The targeted payload performance of Ariane 6 is over 4.5 t for polar/Sun-synchronous orbit missions at 800 km altitude and the injection of two first-generation Galileo satellites. Ariane 6 can loft a payload mass of 4.5–10.5 tonnes in equivalent geostationary transfer orbit.

The exploitation cost of the Ariane 6 launch system is its key driver. Launch service costs will be halved, while maintaining reliability by reusing the trusted engines of Ariane 5. The first flight is scheduled for 2020.