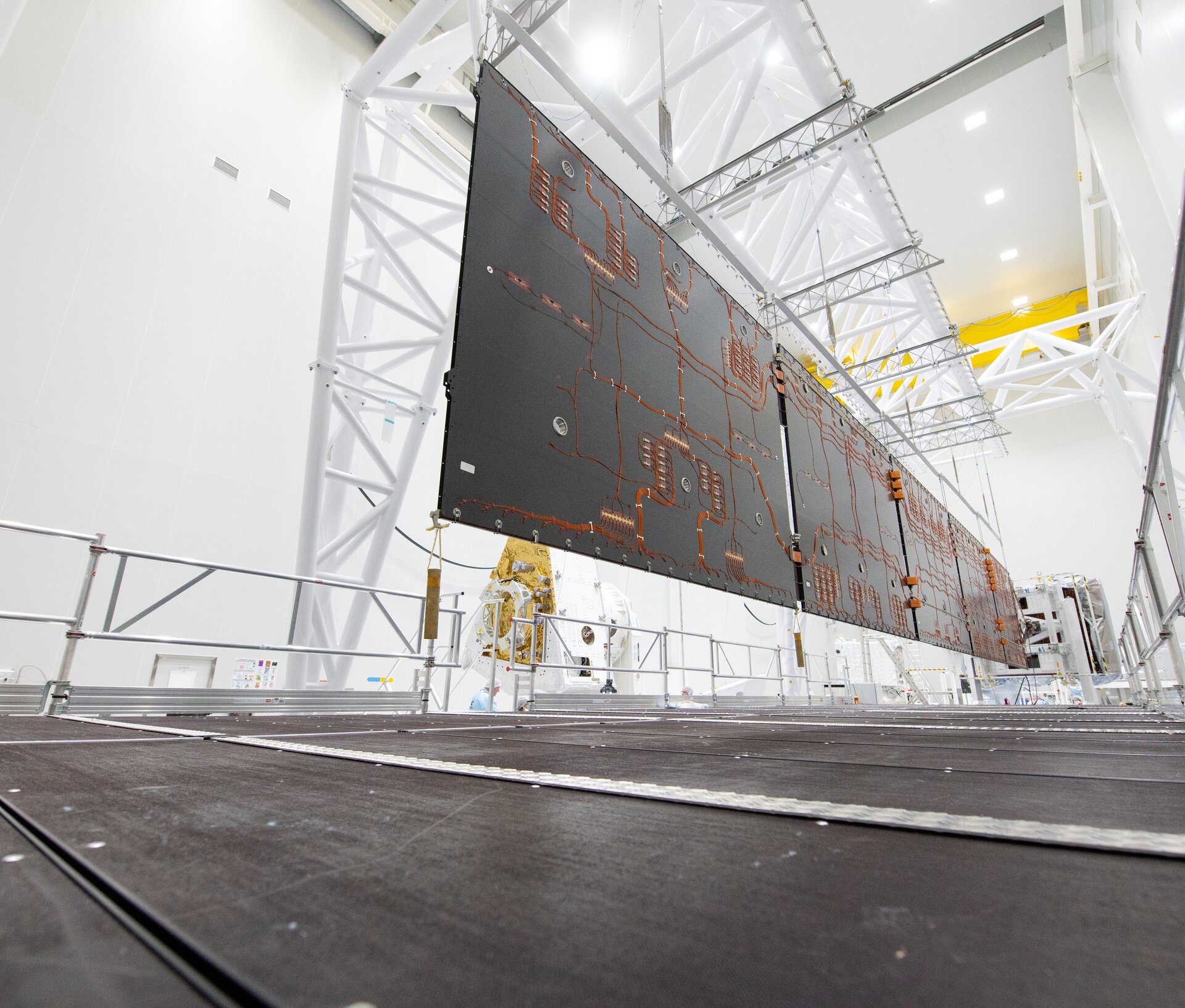 One of the solar panel wings of the BepiColombo Mercury Transfer Module (MTM) during launch preparations at Europe’s Spaceport.