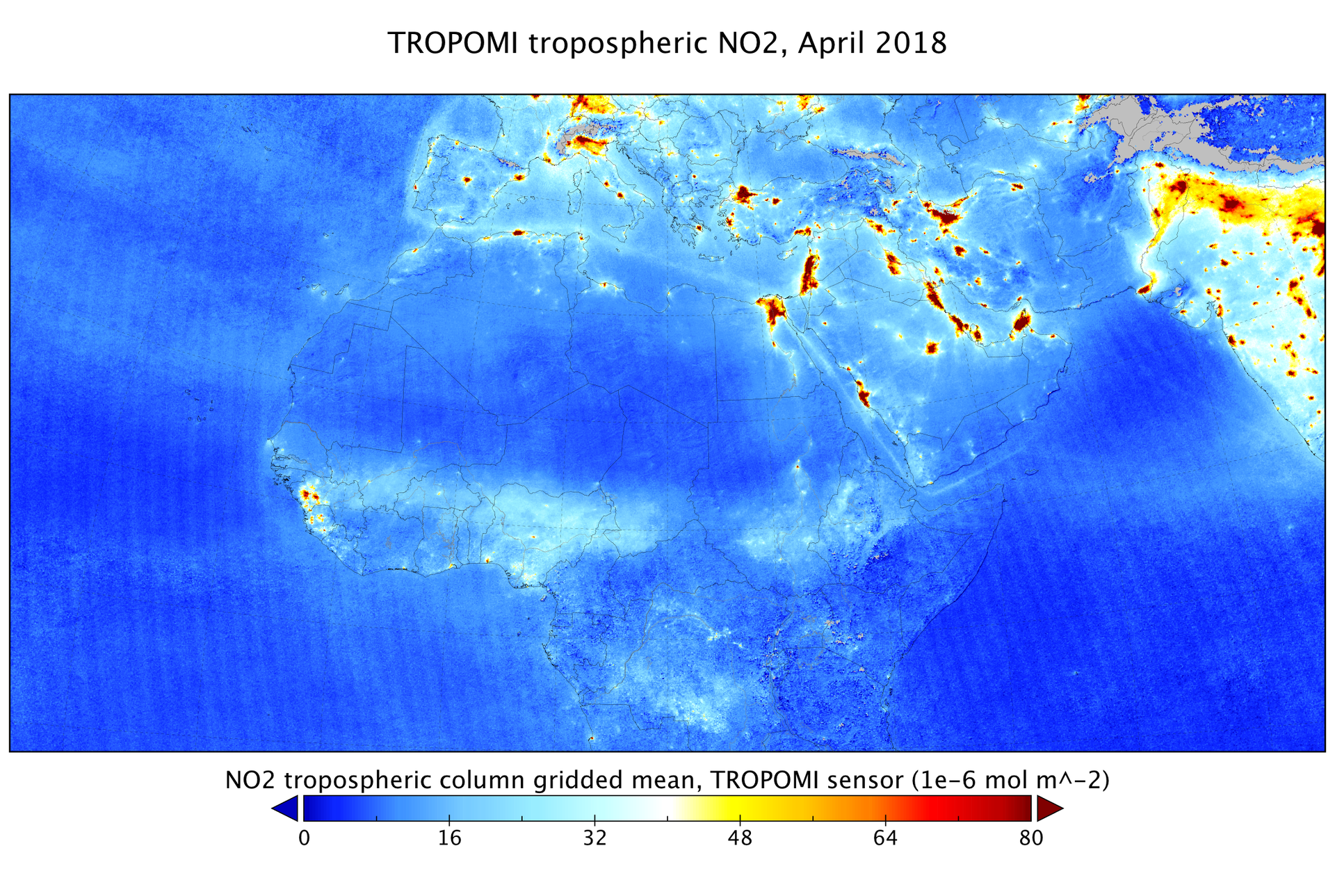 Sentinel-5P tropospheric nitrogen dioxide measurements over Europe, Africa, Middle East, and India from April 2018 (averaged) are shown here. Air pollution emitted by big cities and shipping lanes is clearly visible. Launched in October 2017, Sentinel-5P is part of a fleet of satellites central to Copernicus, Europe’s environmental monitoring programme. With a resolution of up to 7 x 3.5 km, Sentinel-5P’s Tropomi instrument can detect air pollution over individual cities. Tropomi also has the capacity to locate where pollutants are being emitted, effectively identifying pollution hotspots.