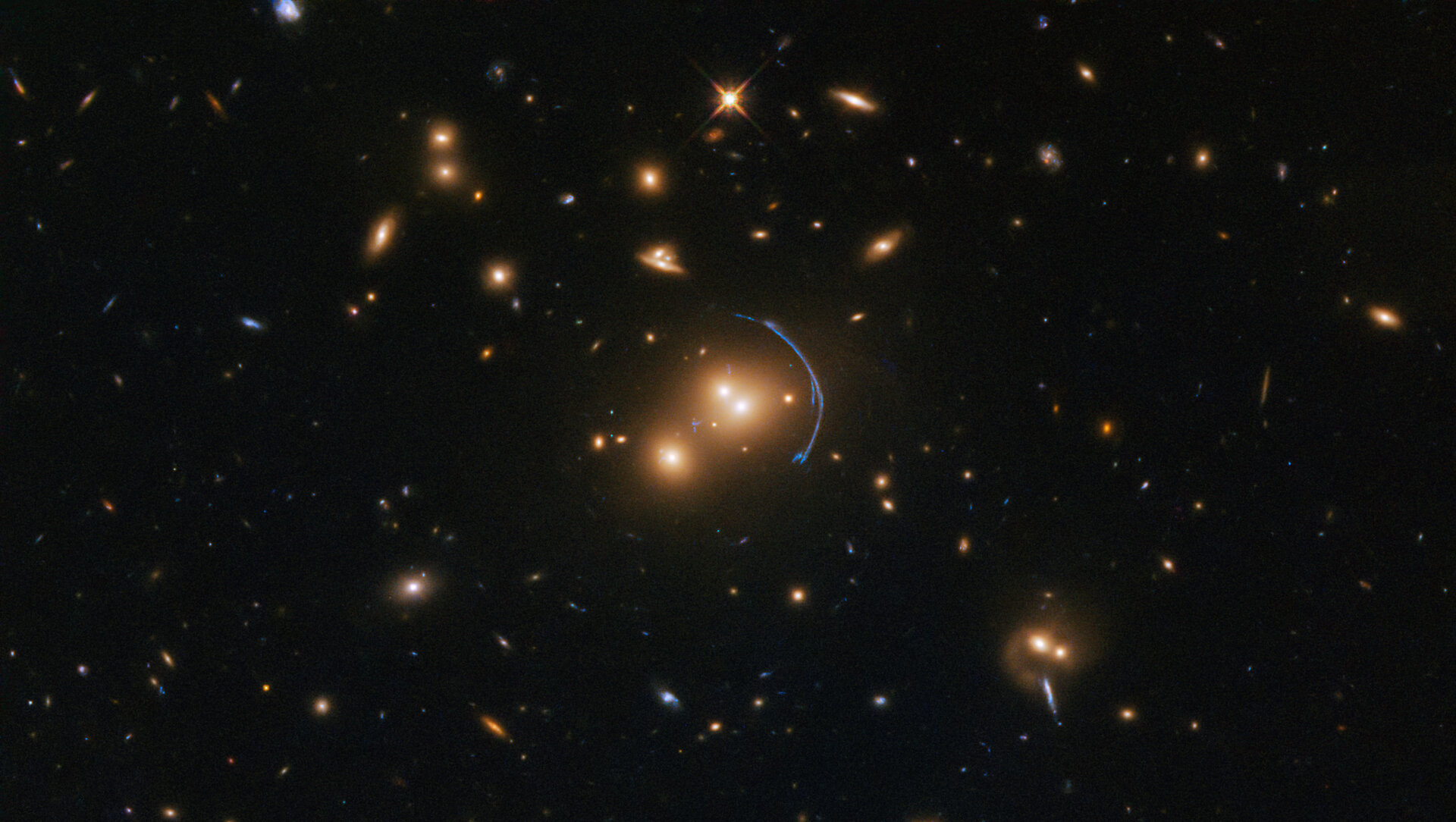 Probing the distant past

Obtained for a research programme on star formation in old and distant galaxies, this NASA/ESA Hubble Space Telescope image obtained with its Wide Field Camera 3 (WFC3) demonstrates the immense effects of gravity; more specifically, it shows the effects of gravitational lensing caused by an object called SDSS J1152+3313.

Gravitational lenses — such as this galaxy cluster SDSS J1152+3313 — possess immense masses that wrap their surroundings and bend the light from faraway objects into rings, arcs, streaks, blurs, and other odd shapes. This lens, however, is not only wrapping the appearance of a distant galaxy — it is also amplifying its light, making it appear much brighter than it would be without the lens. Combined with the high image quality obtainable with Hubble, this gives valuable clues into how stars formed in the early Universe.

Star formation is a key process in astronomy. Everything that emits light is somehow connected to stars, so understanding how stars form is key to understanding countless objects lying across the cosmos. Astronomers can probe these early star-forming regions to learn about the sizes, luminosities, formation rates, and generations of different types of stars.