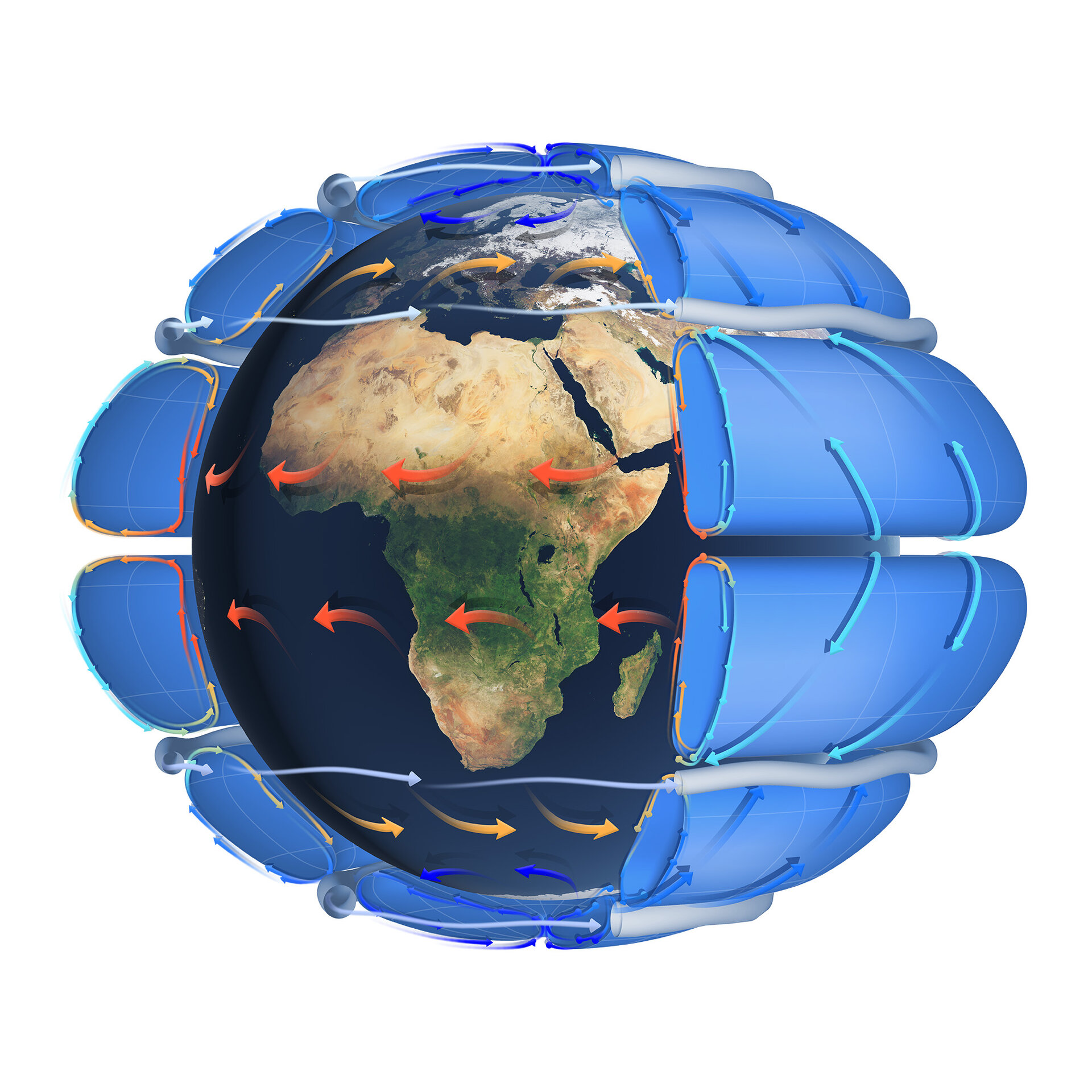 Equatorial regions receive more heat from the Sun than other parts of the world. This leads to differences in air temperature, density and pressure, which in turn, cause the air to move – creating wind. This movement of air constitutes the general circulation of the atmosphere, transporting heat away from equatorial regions towards the poles, and returning cooler air to the tropics. Since Earth rotates, winds do not move directly from high to low pressure areas. The Coriolis force acts at right angles to the direction of motion, so as to cause deflection to the right in the northern hemisphere and to the left in the southern hemisphere. Numerous factors such as topography, differential heating of the surface etc., alter the wind patterns further.