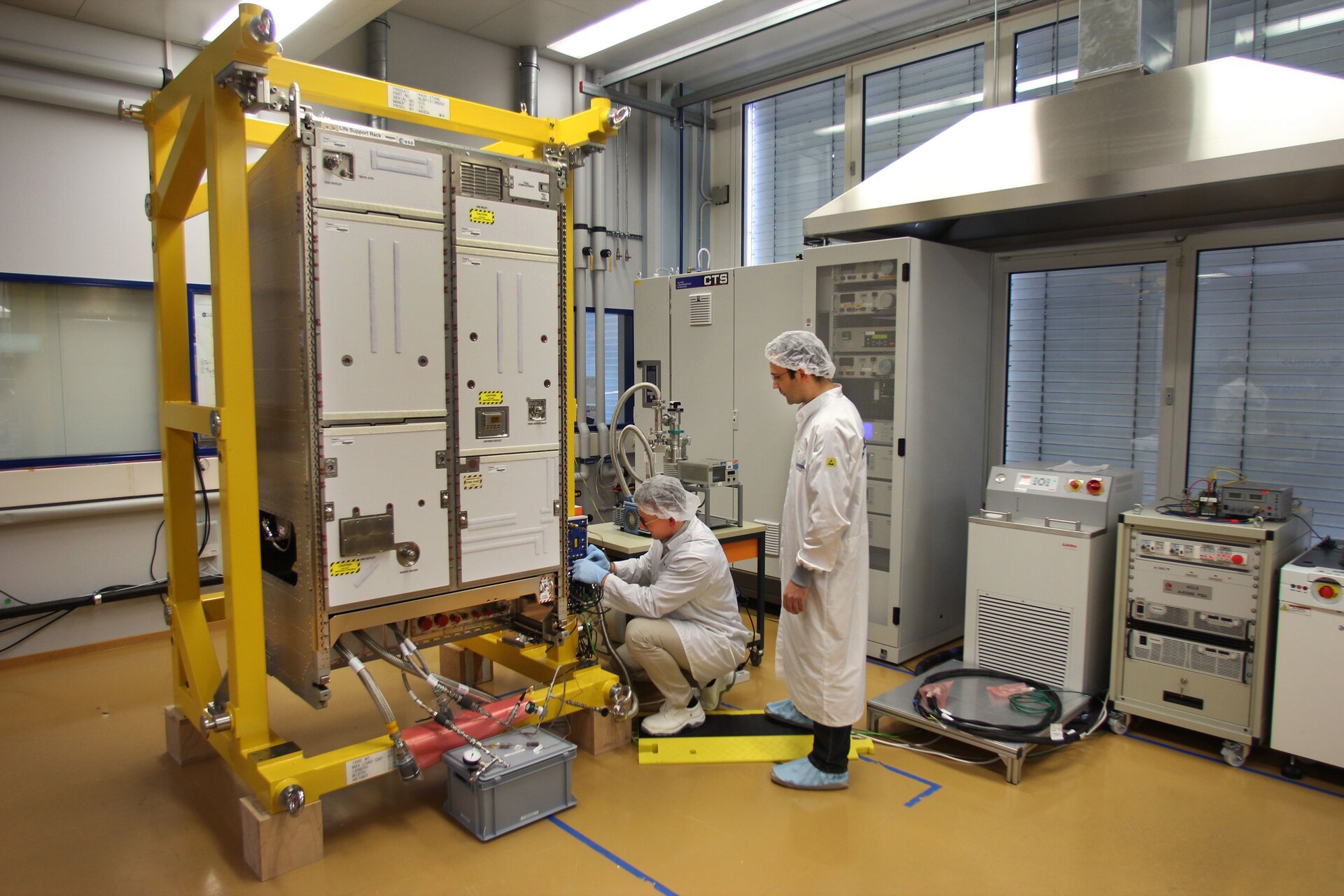 The facility is a Space Station-standard 2-m tall rack. Although the system is made to demonstrate the new technology, it will be part of the Space Station’s life support system and produce oxygen for three astronauts, and operated for at least 1 year over 2 years to demonstrate its performance and reliability.

The system traps carbon dioxide from the air as it passes through small beads made from a unique amine developed by ESA for human spaceflight. Steam is then used to extract the carbon dioxide and process it in a Sabatier reactor to create methane and water. Electrolysis then splits the water back into oxygen while the methane is vented into space.