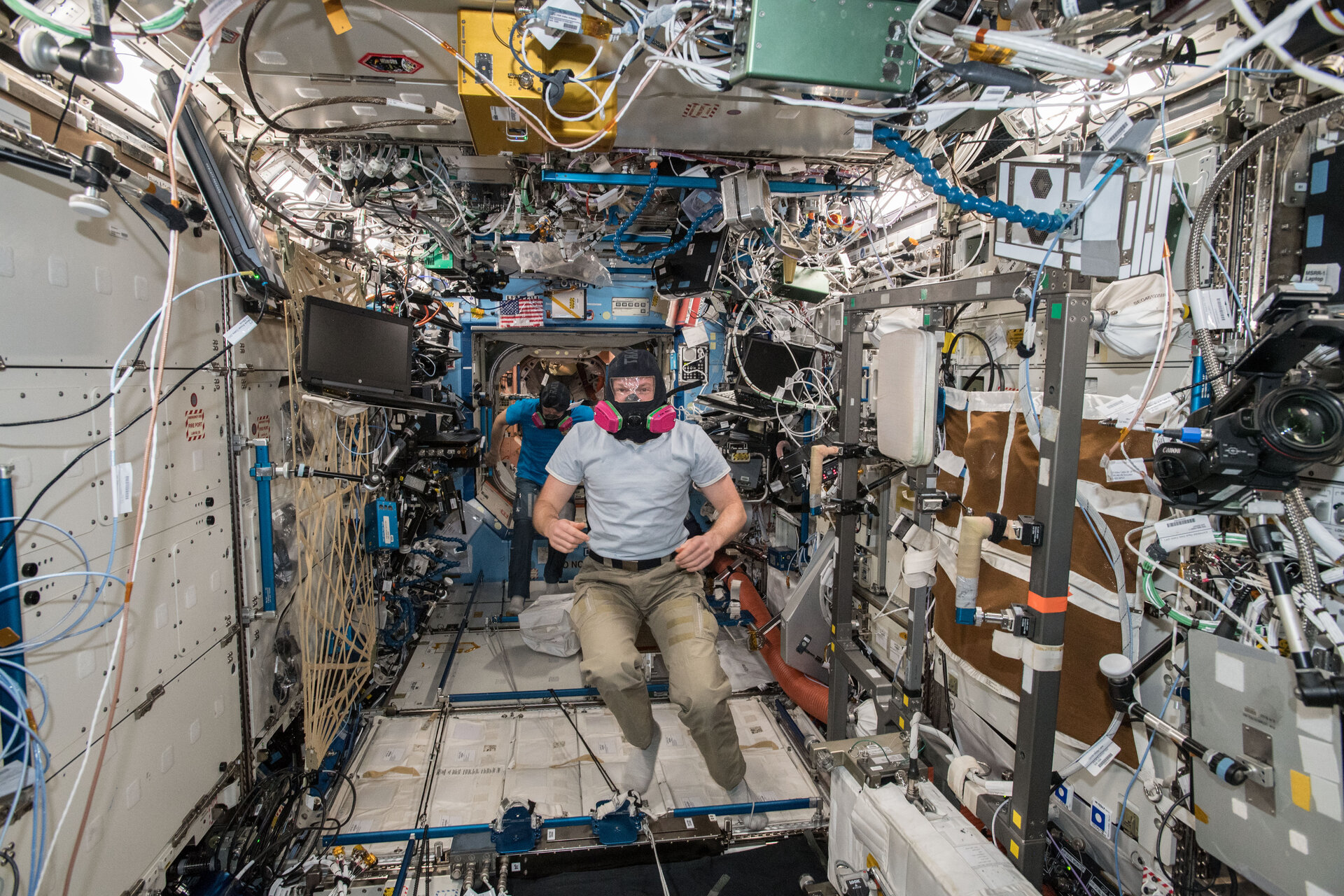 Alexander during emergency training on the Space Station

There are many possible reasons to trigger the alarm on the International Space Station, from fire to toxic leaks and loss of pressure. When an alarm sounds the six astronauts that live above our planet need to react quickly and securely.

Much like on Earth emergency drills are practiced to make sure that when a real emergency occurs the astronauts are ready to react. In this picture ESA astronaut Alexander Gerst is wearing a mask during an emergency drill held on 28 August 2018. He was a volunteer firefighter in his school years.

Fire or toxic leaks are a large concern for space stations even more so than on Earth because the astronauts live in a closed system, there is no way to open a window to allow come fresh air in or an external evacuation meeting point. Instead astronauts convene at a safe place on the Space Station where they have access to their Soyuz spacecraft that act as lifeboats and could bring them home if the worst happens. Once together the crew will work with mission control to identify the cause of any emergency and agree on the actions to be taken.

Last week mission control noticed a small loss of pressure in the International Space Station but it was so small no emergency was declared. Nevertheless the astronauts convened and searched for the leak using an “ultrasound sniffer” that detects the sound of air moving. The leak was found in the Soyuz orbital module, a section of the spacecraft that doesn’t return to Earth but burns up harmlessly on re-entry. Thanks in part to the frequent training and diligence of the astronauts the leak was quickly found and patched.

Alexander commented on Twitter about the incident that it “showed again how valuable our emergency training is. We could locate and stop a small leak in our Soyuz, thanks to great cooperation between the crew and control centres on several continents.”

Pay attention at during all safety briefings, practice makes perfect and repetition makes sure you can rely on knowledge in an emergency situation.