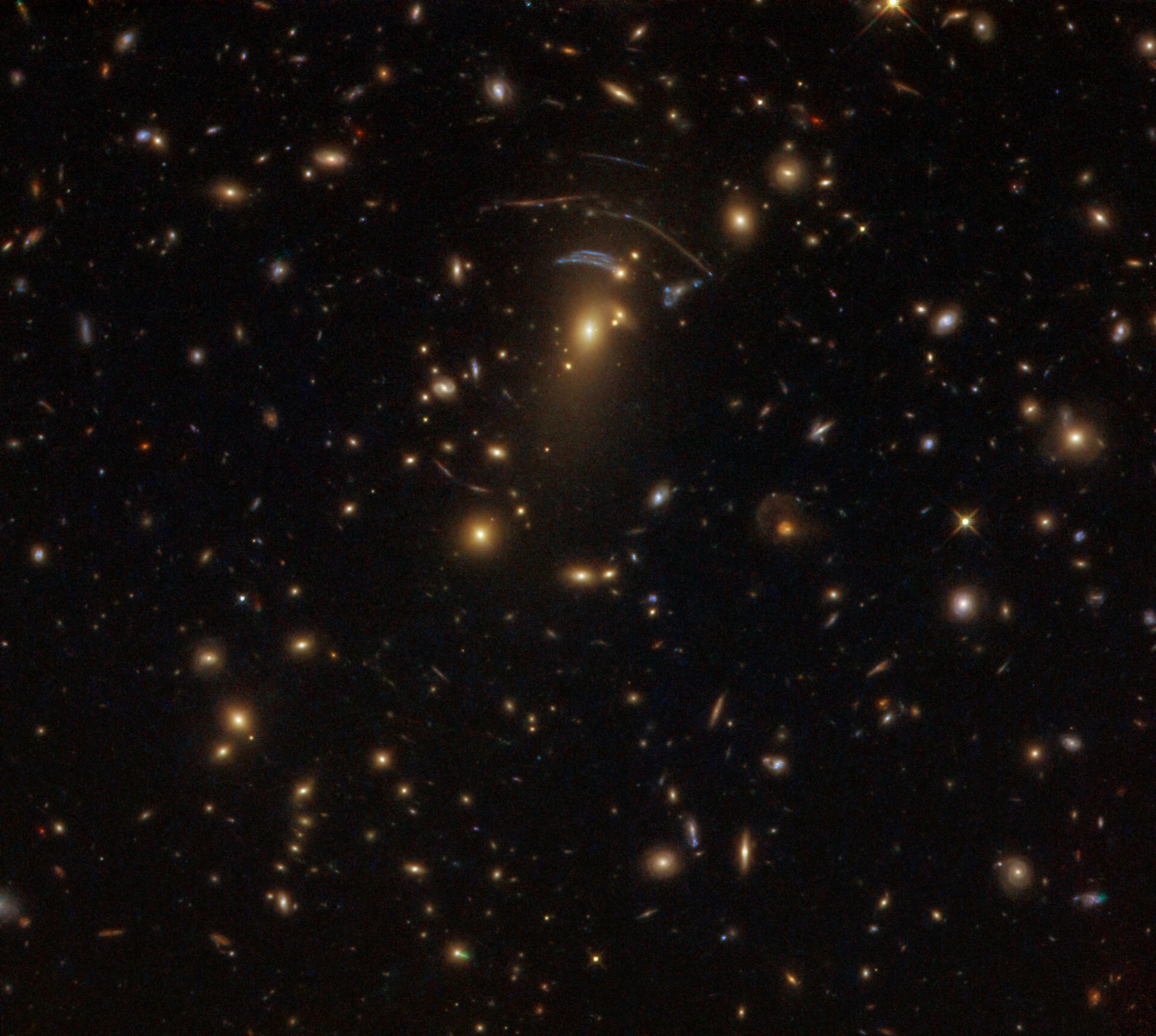 Gravity is so much a part of our daily lives that it is all too easy to forget its awesome power — but on a galactic scale, its power becomes both strikingly clear and visually stunning.

This image was taken with the NASA/ESA Hubble Space Telescope’s Wide Field Camera 3 (WFC3) and shows an object named SDSS J1138+2754. It acts as a gravitational lens illustrates the true strength of gravity: A large mass — a galaxy cluster in this case — is creating such a strong gravitational field that it is bending the very fabric of its surroundings. This causes the billion-year-old light from galaxies sitting behind it to travel along distorted, curved paths, transforming the familiar shapes of spirals and ellipticals (visible in other parts of the image) into long, smudged arcs and scattered dashes.

This data were taken as part of a research project on star formation in the distant Universe, building on Hubble’s extensive legacy of deep-field images. Hubble observed 73 gravitationally-lensed galaxies for this project.