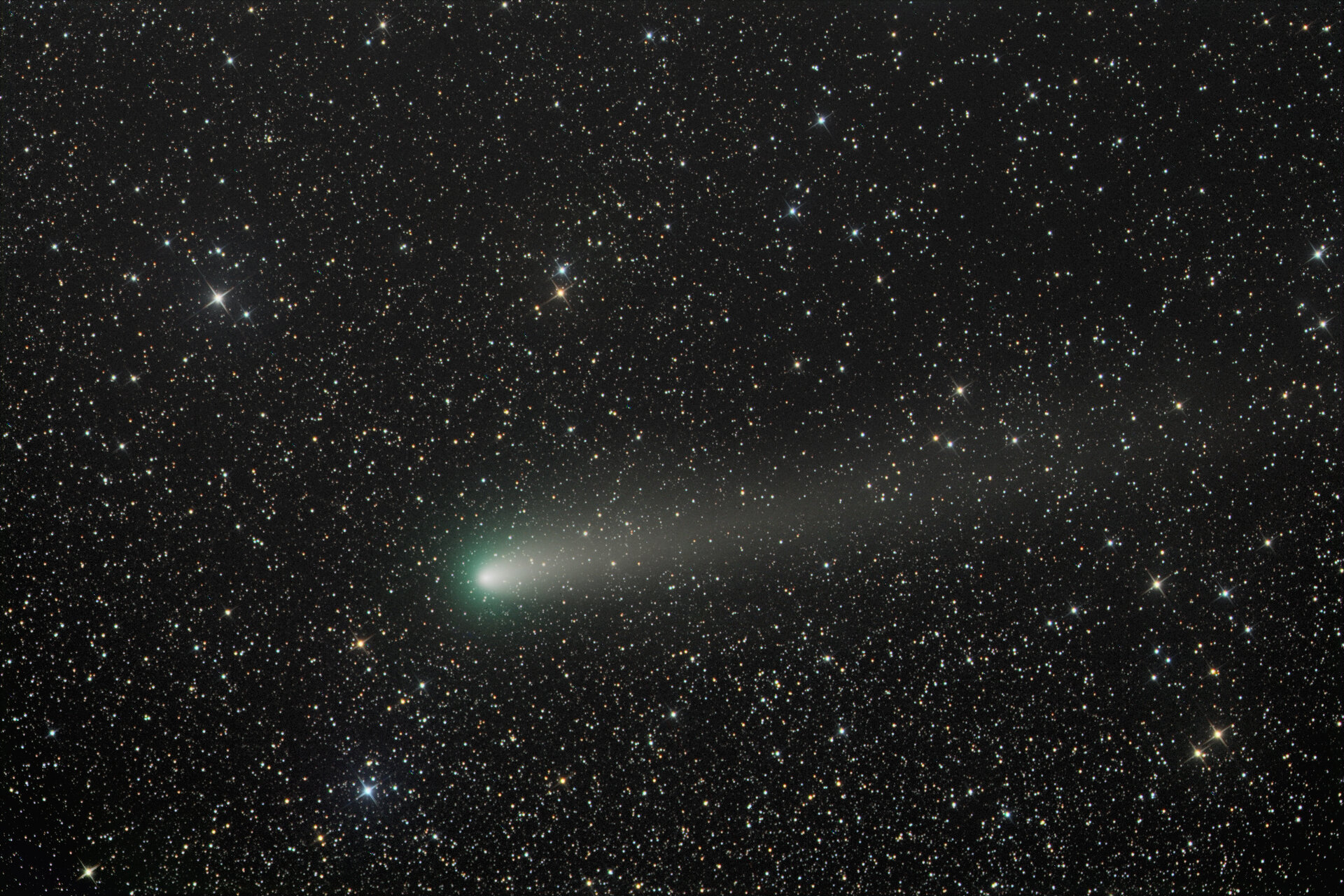 Something small and green recently flittered across our skies. On 10 September, comet 21P/Giacobini-Zinner made its closest approach to the Sun in 72 years — 151 million km from our star and just 58.6 million km away from Earth (about a third of the distance from here to the Sun).

Discovered in 1900, this small comet reappears every 6.6 years. At just two km in diameter, 21P’s cometary tail contains a stream of ‘cometary crumbs’, and as Earth moves through this stream of debris it creates the Draconid meteor shower which peaks every year around 8 October.

Comets are leftovers of the formation of the Solar System, and while they are typically less dense than asteroids they pass Earth at relatively higher speeds, meaning the impact energy of a comet’s nucleus is slightly larger than that of a similar-sized asteroid.

Although no comet is conclusively known to have impacted Earth, there are many proponents of the theory that a fragment of Comet Encke — a periodic comet that orbits the Sun every 3.3 years — resulted in one of the most well-known impact events in our planet’s history.

In 1930, the British astronomer F.J.W. Whipple suggested that the Tunguska event of 1908 — in which an explosion over Eastern Siberia Taiga flattened 2000 square km of forest — was in fact the result of a cometary impact.

No impact crater was ever found, and glowing skies were reported across Europe for several evenings after the event, both supporting the notion that a comet, composed of dust and volatiles — such as water ice and frozen gases — could have been completely vaporised as it smashed into Earth’s atmosphere leaving no obvious trace.

In order to better understand the risk that asteroids and comets pose to our planet, we need to better understand their orbit and composition. Missions such as Rosetta — the first spacecraft to orbit a comet’s nucleus — play a vital role in deepening our understanding of the objects in our Solar System that could pose some risk. ESA’s planned Hera mission to a binary asteroid to test asteroid deflection will be an important step in doing something about them.

This stunning image was taken on 9 September 2018 by Greg Ruppel, at his robotic observatory in Animas, New Mexico. For more of Greg’s images of Comet 21P/Giacobini-Zinner, and more, visit his website.