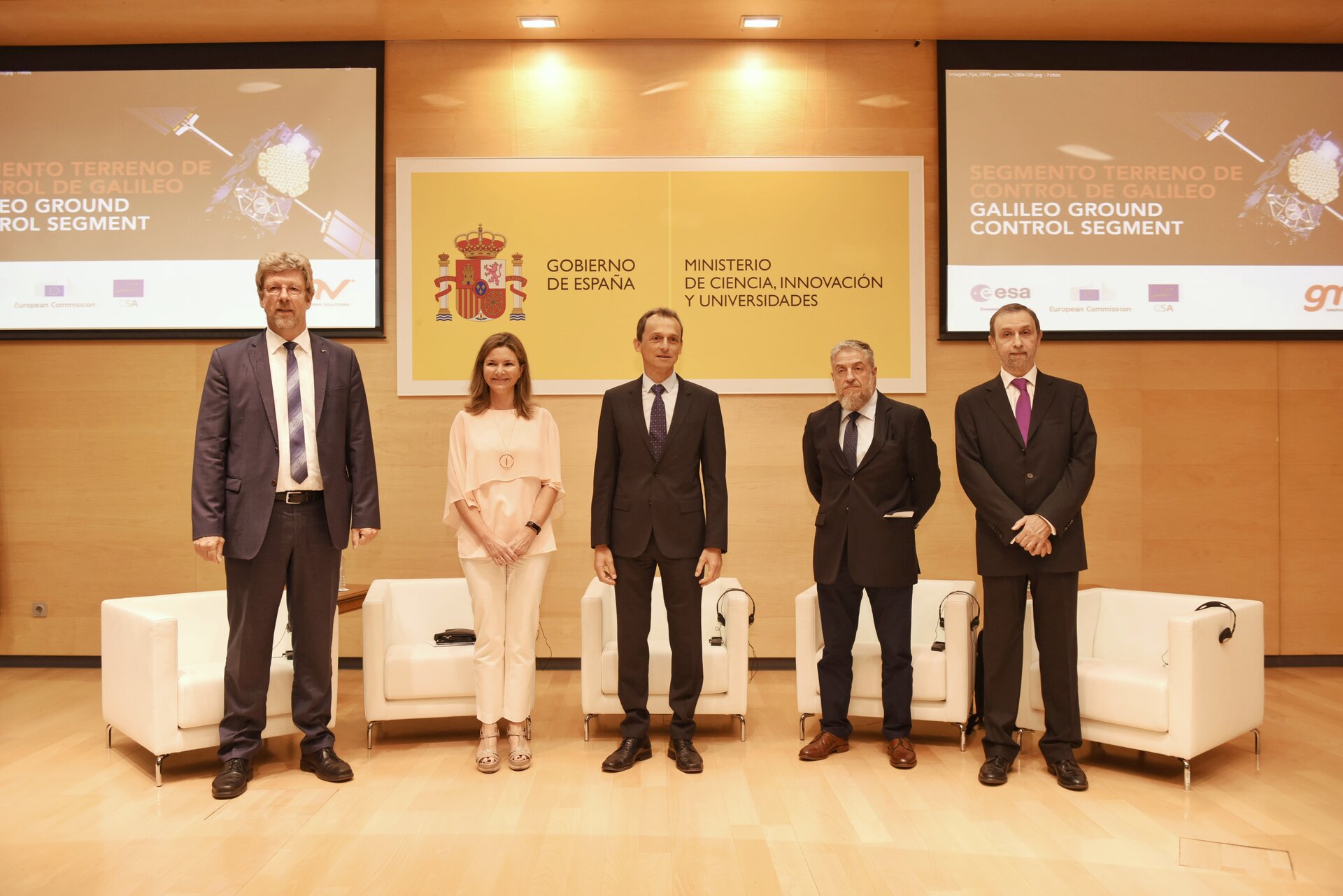 ESA has awarded a new work order for the Galileo Control Segment – that part of the Galileo system responsible for the monitoring and control of all the satellites in orbit – to GMV Aerospace and Defence, Spain. The contract was signed on 6 September 2018 at a ceremony hosted at Spain’s Ministry of Science, Innovation and Universities in Madrid. From left to right: ESA Director of Navigation Paul Verhoef; Secretary General of Transport of Spain's Ministry of Public Works, María José Rallo, representing Spain in the EU Committee on Satellite Navigation Programmes; Spanish Science Minister and former ESA astronaut Pedro Duque; European Commission adviser on navigation activities Augusto González and Jesús Serrano Martínez, CEO of GMV.