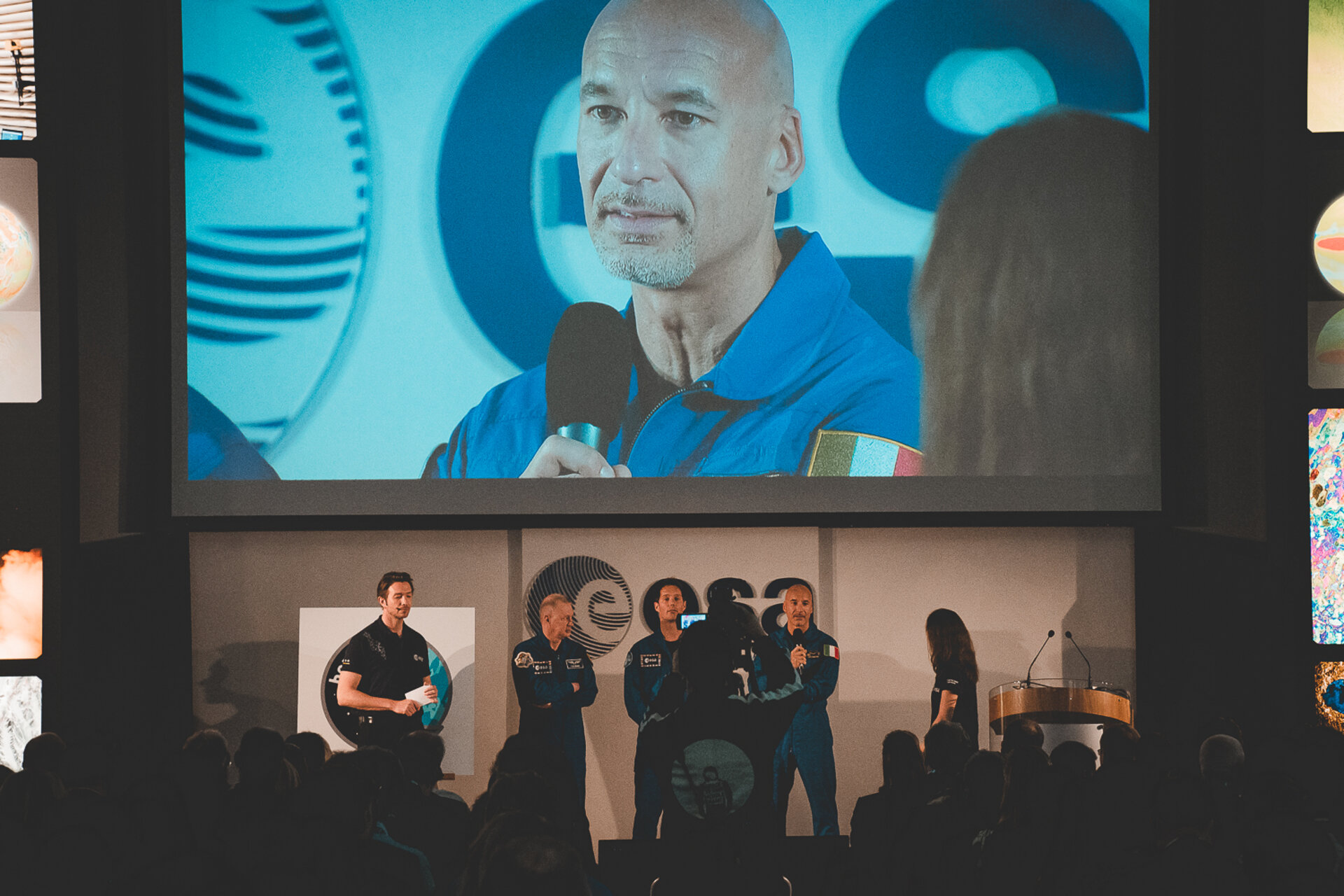 ESA astronaut Luca Parmitano announced the name of his second mission and logo during an event at ESA’s ESRIN establishment in Italy on 27 September 2018. Luca will be going ‘Beyond’ when he returns to the International Space Station in 2019 as part of Expedition 60/61, alongside Andrew Morgan of NASA and Alexander Skvortsov of Roscosmos.

The event coincided with Luca’s birthday and the anniversary of 50 years of ESRIN, ESA’s centre for Earth observation in Frascati, near Rome. ESRIN is one of the agency’s main specialised centres in Europe, and its founding ceremony took place on 27 September 1968.

Luca was the first of the 2009 astronaut class to fly to the Space Station. His first mission Volare, meaning 'to fly' in Italian, took place in 2013 and lasted 166 days, during which time Luca conducted two spacewalks and many experiments that are still running today.