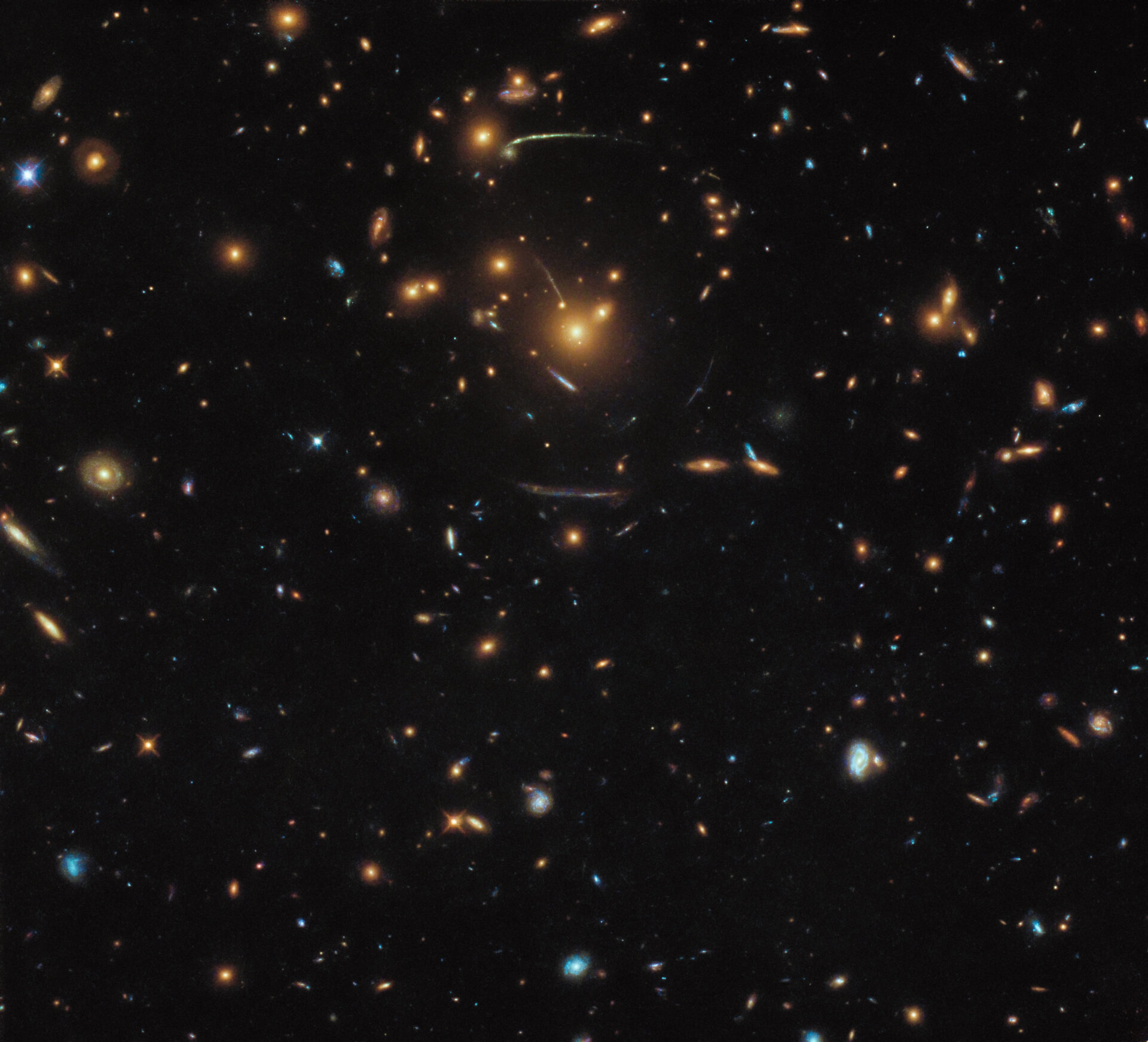 This NASA/ESA Hubble Space Telescope image contains a veritable mix of different galaxies, some of which belong to the same larger structure: At the middle of the frame sits the galaxy cluster SDSS J1050+0017.

The gigantic mass of this cluster creates the fascinating phenomenon of strong gravitational lensing. The gravity of the cluster bends light coming from behind it in a similar way to how the base of a wine glass bends light. The effects of this lensing can be clearly seen as curved streaks forming a circular shape around the centre of the frame. Astronomers can use these distorted galaxies to calculate the mass of the cluster — including the mass of the dark matter within it — and to peer deeper into the Universe as otherwise possible. Gravitational lensing does not only distorts the views of galaxies, it also enlarge their appearance on the sky and magnifies their light.

Hubble has viewed gravitational lensing many times, and produced truly stunning images. Astronomers even set up a dedicated programme to study different galaxy clusters which show a great number of lensed galaxies: The Frontier Fields programme. This way some of the most distant galaxies in the Universe were found. With each additional cluster being observed some more distant galaxies are added to this list, slowly completing our picture of how galaxies looked and evolved in the early Universe.