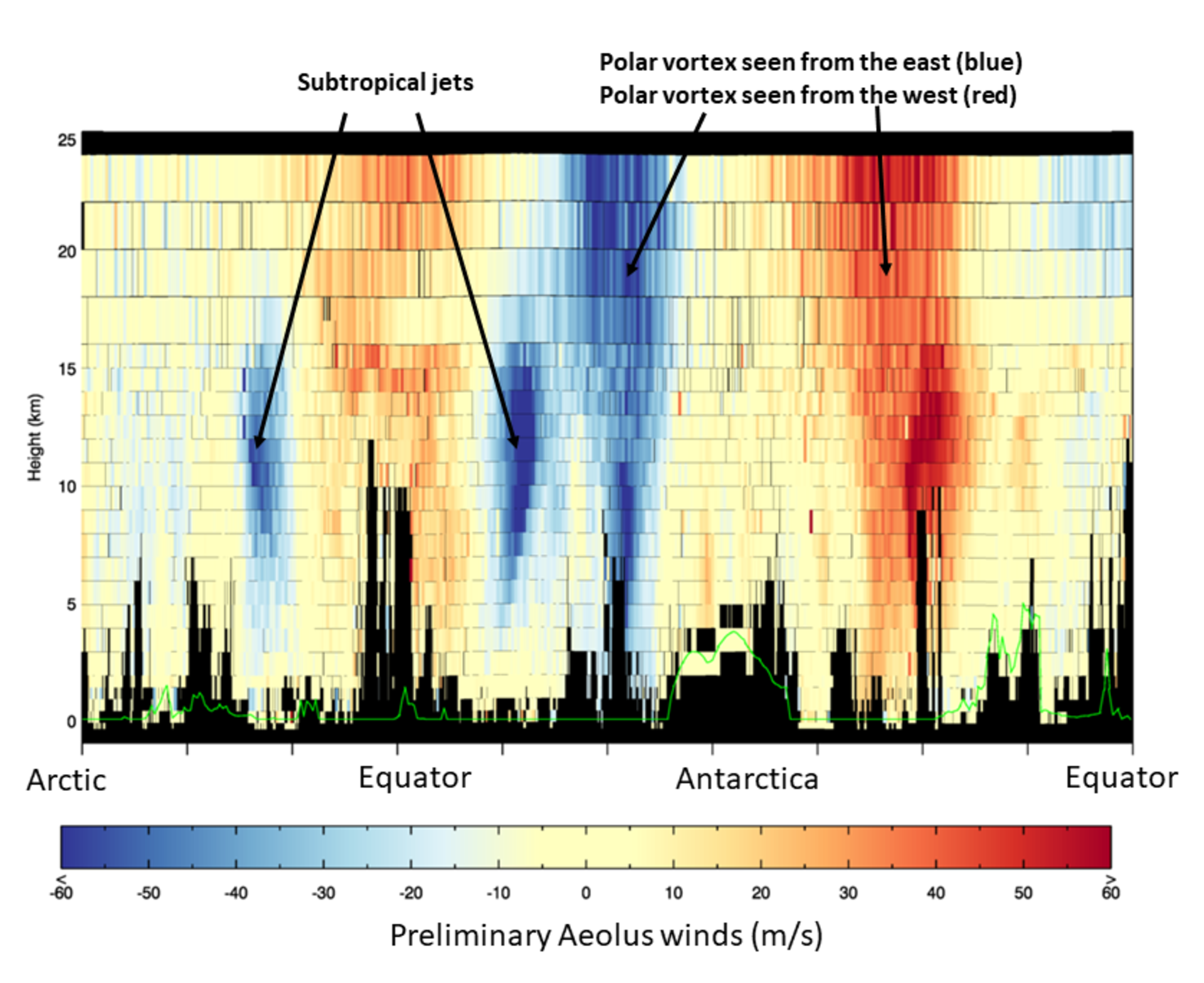 First wind data from ESA’s Aeolus satellite. These data are from three quarters of one orbit around Earth. The image shows large-scale easterly and westerly winds between Earth’s surface and the lower stratosphere, including jet streams. As the satellite orbits from the Arctic towards the Antarctic, it senses, for example, strong westerly winds called subtropical jets (shown in blue) each side of the equator. Orbiting further towards the Antarctic, Aeolus senses the strong westerly winds (shown in blue left of Antarctica and in red right of Antarctica) circling the Antarctic continent in the troposphere and stratosphere (stratospheric polar vortex). The overall direction of the wind is the same along the polar vortex, but because the Aeolus wind product is related to the viewing direction of the satellite, the colour changes from blue to red as the satellite passes the Antarctic continent.