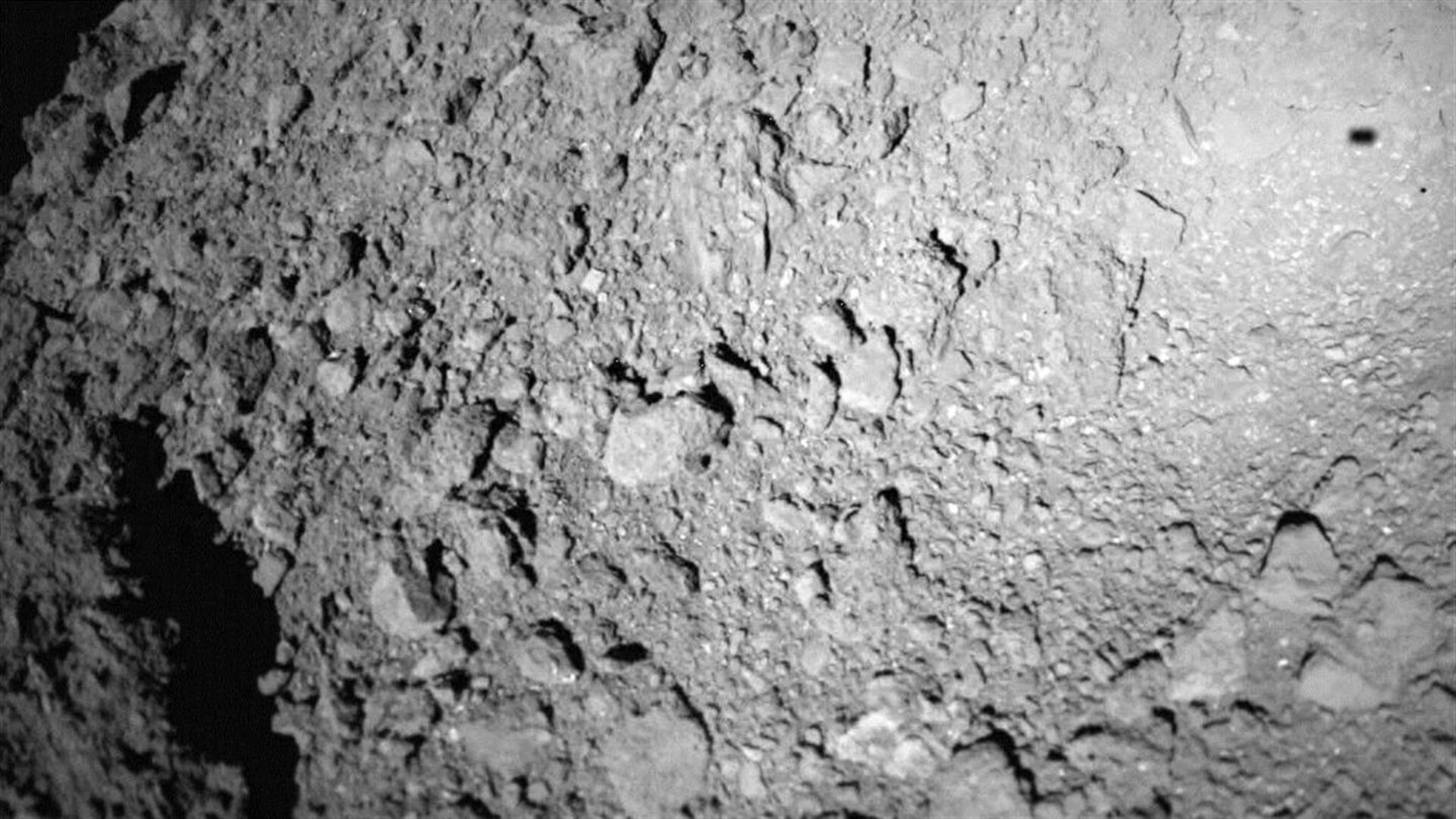 A third box bounced its way across asteroid Ryugu

Asteroid Ryugu, an ancient space rock roughly 300 million km from Earth, is now home to three Earth-born inhabitants bouncing across its bouldery surface. In the early morning of 3 October 2018, the Mobile Asteroid Surface Scout (MASCOT) gently fell to the asteroid’s surface, joining its Japanese siblings, the MINERVA-II rovers 1-A and 1-B.

This remarkable image was taken during MASCOT’s descent, 3.5 minutes after separation from its parentship and 20 metres from its final resting place. At the top right, MASCOT’s fuzzy shadow can be seen, standing out next to the sharp detail of Ryugu’s puckered surface.

Developed by the German Aerospace Center (DLR) in cooperation with the French space agency CNES, MASCOT was originally thought to have enough power to explore the mile-long rock for just 12 hours. However, the adventurous box delighted its team when it inspected Ryugu’s surface for more than 17 hours, making an extra bounce and sending all the data collected back to the mothership, Hayabusa2.

The Hayabusa2 spacecraft left Earth in December 2014, carrying four small rovers designed to investigate Ryugu’s surface. Each fell freely to the surface under the asteroid’s weak gravity, bouncing on arrival and immediately collecting data on their strange new world.

The spacecraft is expected to return 3 samples to Earth in December 2020 from varying parts of the ancient asteroid. With these specimens, scientists on Earth hope to learn about the composition of carbonaceous asteroids like Ryugu — a type of space rock expected to preserve some of the most pristine materials in the Solar System.

This class of asteroid also has members who at times come too close to Earth for comfort, near-Earth objects (NEOs). It is hoped that Hayabusa’s incredible mission will shed light on these marauding masses which could come in handy if we one day need to defend ourselves from them.

Undoubtedly, Hayabusa’s insights into this giant pile of space rubble will prove useful to the teams involved in ESA’s ambitious proposed mission to test asteroid deflection, Hera — in particular, understanding the low gravity environment of these unique solar system bodies.