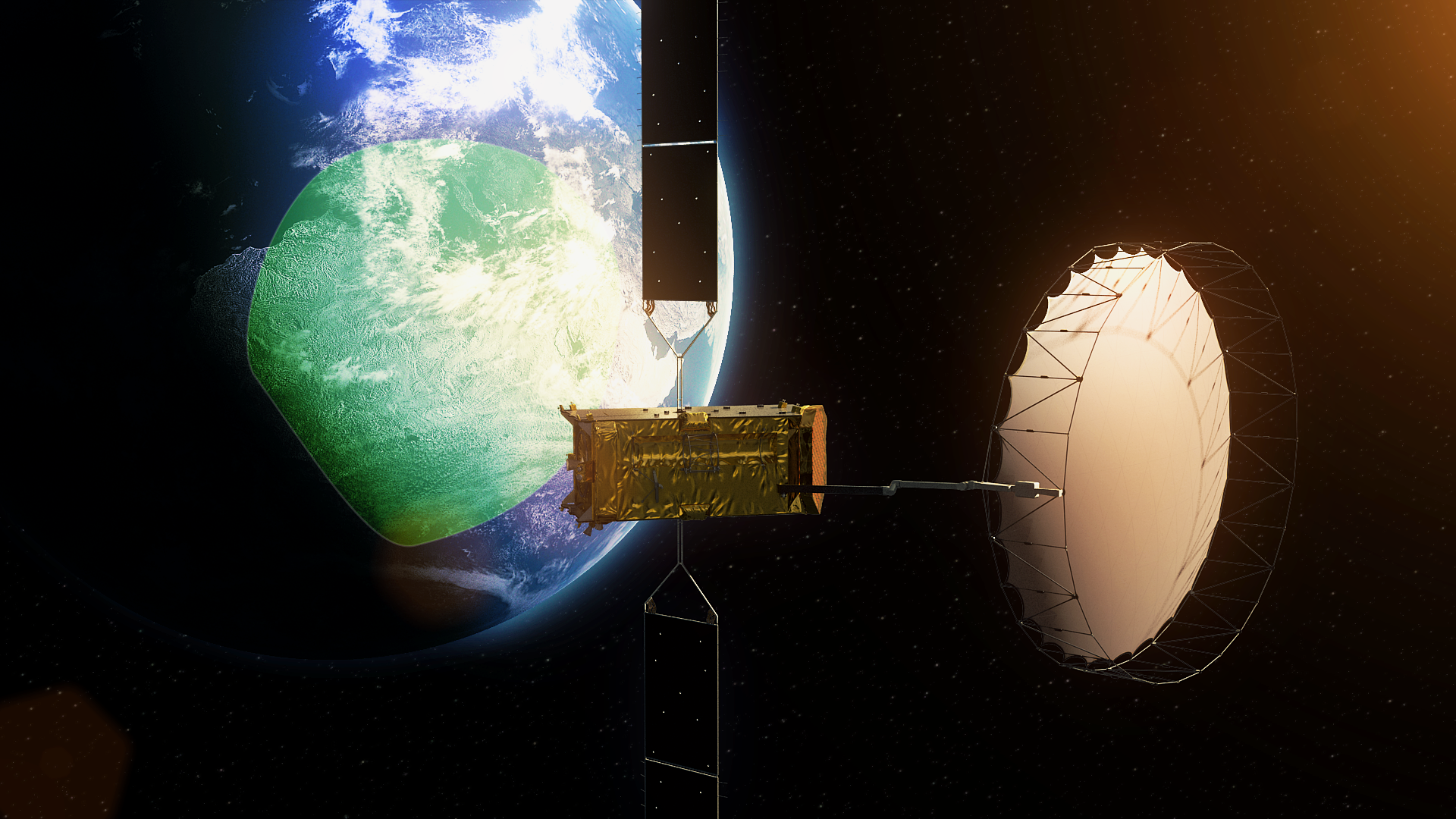 It was the largest European telecom satellite ever built at the time, exceeding 6.6 tonnes at launch. Its solar array, spanning almost 40 m, generates more than 12 kW of power.

Alphasat is based on Alphabus, the new European telecom platform developed by Airbus and Thales Alenia Space under a joint contract with ESA and France’s CNES space agency.