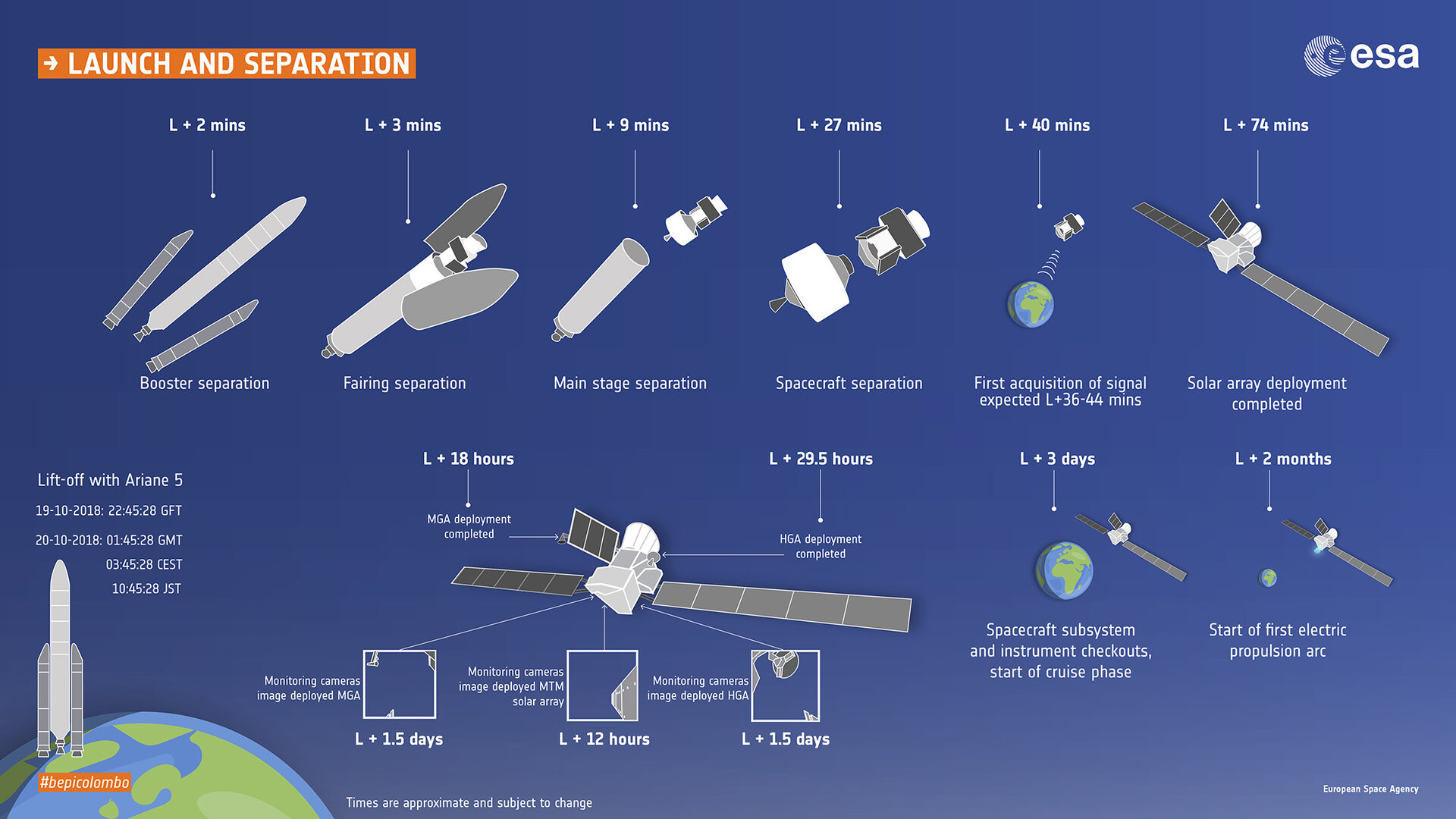 Key moments around the launch of BepiColombo. Following launch and separation of the spacecraft, and first acquisition of signal, the solar arrays will be deployed. Some 12 hours later a monitoring camera onboard the transfer module will capture an image of one of the deployed solar arrays. During the day after launch a second set of images will look towards the Mercury Planetary Orbiter and the deployed antennas. After three days of

All times following launch are approximate. Watch the launch at esa.int/live.