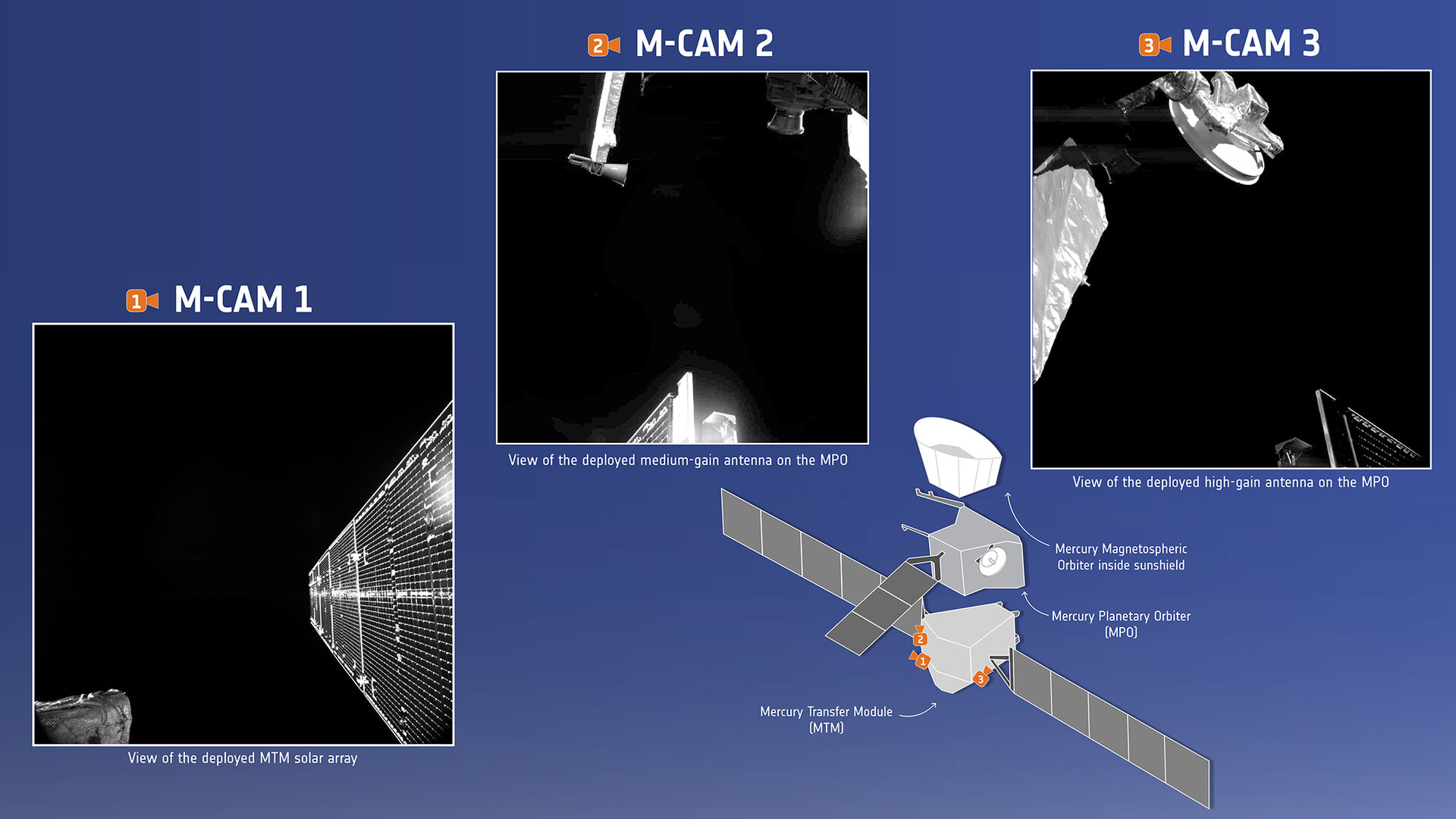 Compilation of images taken by the three monitoring cameras onboard the BepiColombo Mercury Transfer Module (MTM) following the mission's launch at 01:45 GMT on 20 October.

The monitoring cameras – or ‘M-CAMs’ – returned black-and-white images in 1024 x 1024 pixel resolution of the deployed solar wing and antennas.

M-CAM 1 imaged one of the deployed solar wings of the transfer module, while M-CAM 2 and M-CAM 3 captured the medium- and high-gain antennas on the Mercury Planetary Orbiter (MPO).