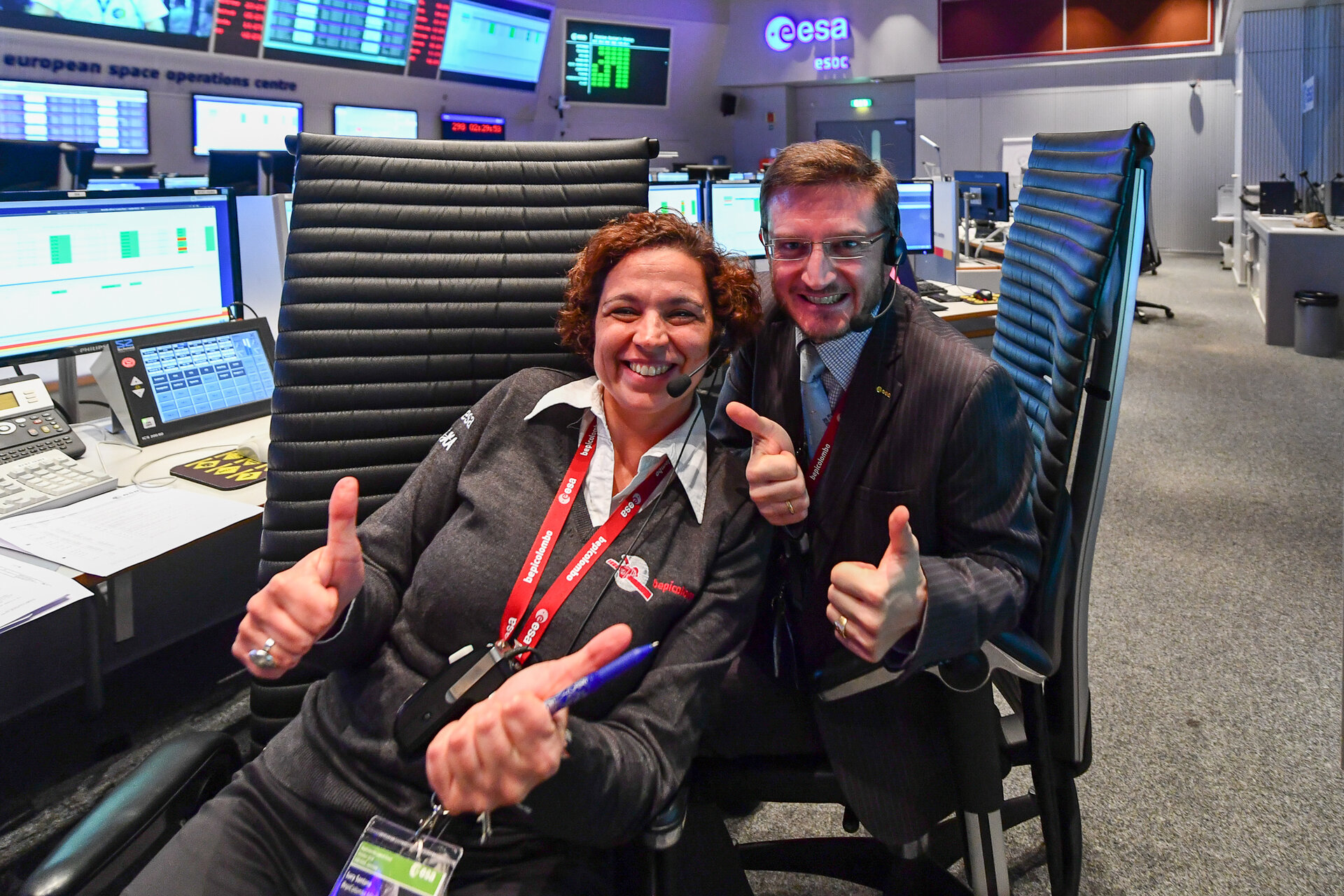 From mission control to Mercury

In the early hours of Saturday morning, on 20 October 2018, BepiColombo left Earth on its journey to explore Mercury, the innermost planet of our Solar System.

This photo shows two Estrack engineers, Lucy Santana and Daniel Firre, working ‘on console’ during the launch, coordinating communications with BepiColombo in space and ESA’s global network of ground stations.

After liftoff, shifts of teams at ESA’s Main Control Room in Darmstadt, Germany, took control of the interplanetary explorer, guiding it through its first critical moments in space.

BepiColombo’s ‘Launch and Early Orbit Phase’ ended just 58 hours after the spacecraft left Earth, a period in which mission teams worked 24-hours a day to ensure the mission’s health and functioning in its new environment.

For the next two months, these skilled operators, engineers, experts in flight dynamics, software systems and ground systems, will take BepiColombo through extensive in-orbit commissioning — safeguarding the science instruments, propulsion and other systems of the Mercury explorer.

A tricky seven year journey lies ahead for this ESA/JAXA mission, which will include nine interplanetary flybys around Earth, Venus and Mercury itself — all made possible with the experience and dedication on hand at ESA’s mission control.