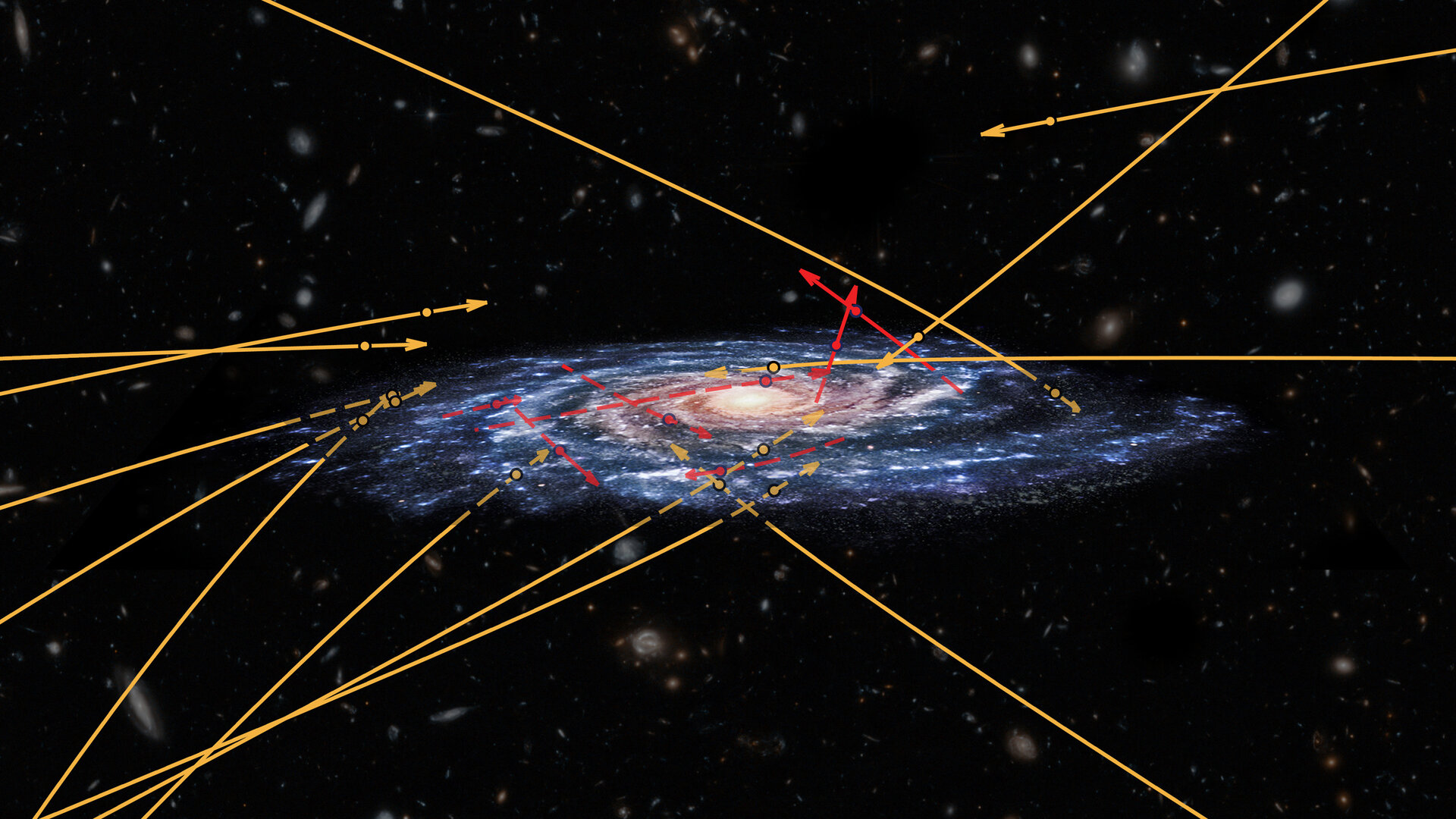 Sprinting stars in the Milky Way

The positions and reconstructed orbits of 20 high-velocity stars, represented on top of an artistic view of our Galaxy, the Milky Way. These stars were identified using data from the second release of ESA’s Gaia mission.

The seven stars shown in red are sprinting away from the Galaxy and could be travelling fast enough to eventually escape its gravity. Surprisingly, the study revealed also thirteen stars, shown in orange, that are racing towards the Milky Way: these could be stars from another galaxy, zooming right through our own.