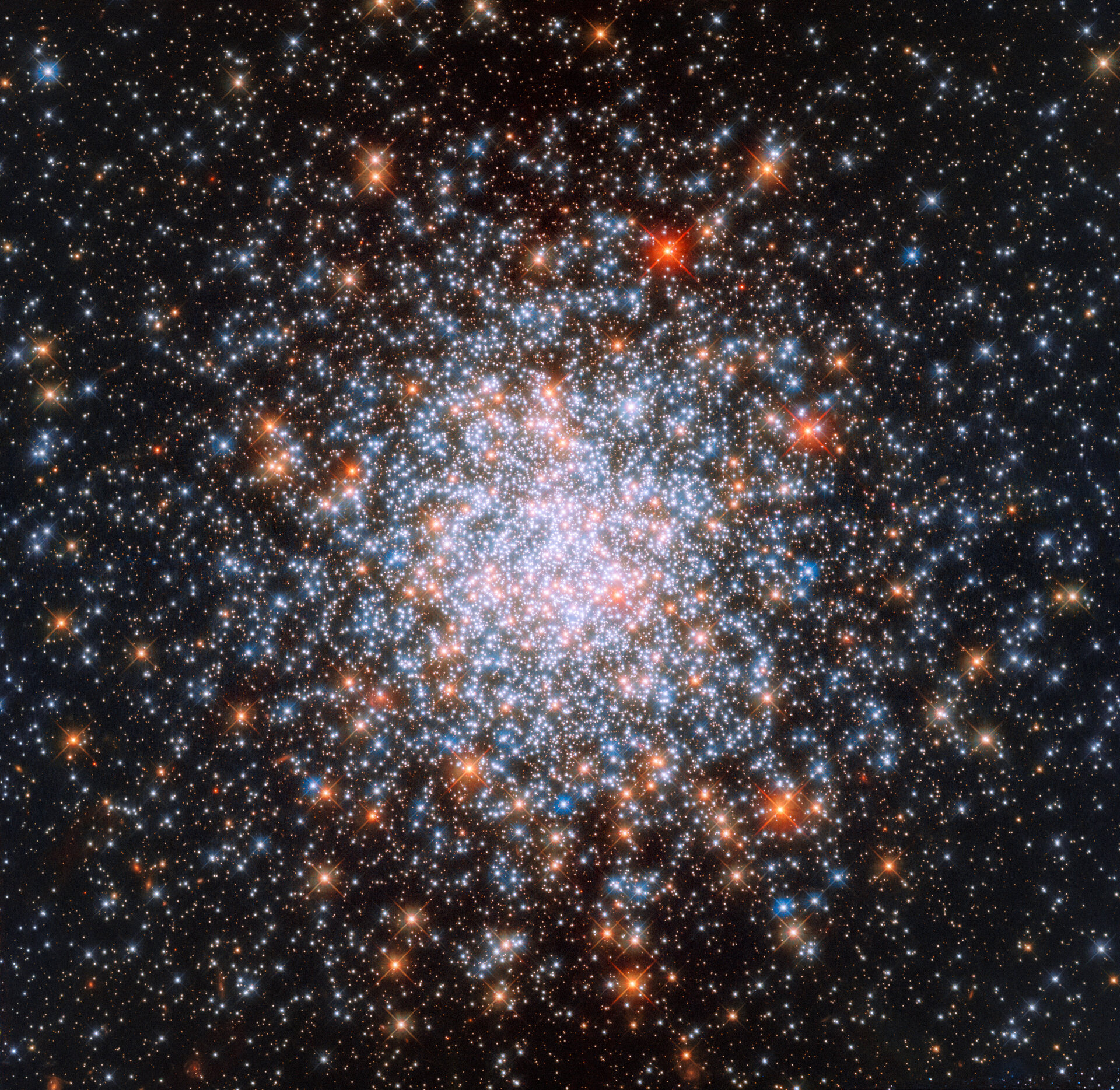 Star clusters are common structures throughout the Universe, each made up of hundreds of thousands of stars all bound together by gravity. This star-filled image, taken with the NASA/ESA Hubble Space Telescope’s Wide Field Camera 3 (WFC3), shows one of them: NGC 1866.

NGC 1866 is found at the very edges of the Large Magellanic Cloud, a small galaxy located near to the Milky Way. The cluster was discovered in 1826 by Scottish astronomer James Dunlop, who catalogued thousands of stars and deep-sky objects during his career.

However, NGC 1866 is no ordinary cluster. It is a surprisingly young globular cluster situated close enough to us that its stars can be studied individually — no mean feat given the mammoth distances involved in studying the cosmos! There is still debate over how globular clusters form, but observations such as this have revealed that most of their stars are old and have a low metallicity. In astronomy, ‘metals’ are any elements other than hydrogen and helium; since stars form heavier elements within their core as they carry out nuclear fusion throughout their lifetimes, a low metallicity indicates that a star is very old, as the material from which it formed was not enriched with many heavy elements. It’s possible that the stars within globular clusters are so old that they were actually some of the very first to form after the Big Bang.