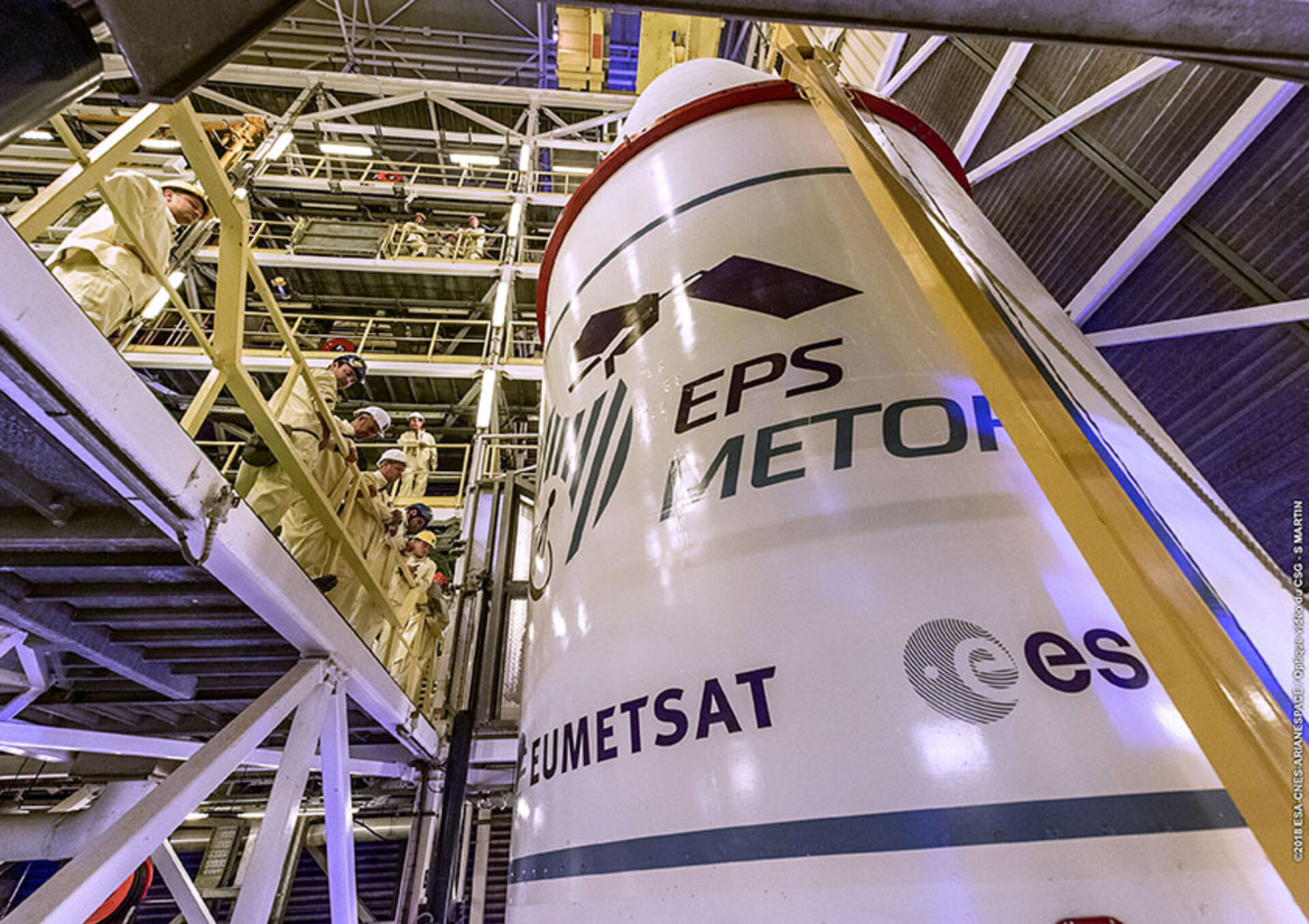 MetOp-C positioned on the Soyuz rocket in the launch tower, ready for liftoff from Europe’s Spaceport in Kourou, French Guiana.

It is the last in the current series of MetOp satellites, following on from MetOp-A and MetOp-B, which were launched in 2006 and 2012, respectively. Launching the satellites sequentially ensures continuous observations of a host of atmospheric variables such as temperature, humidity, trace gases, ozone, and wind speed over the ocean. These data are used mainly for numerical weather prediction – the basis for weather forecasting. The satellites have all been developed by ESA under a cooperation agreement for the space segment of the Eumetsat Polar System. This system is Europe’s contribution to a multi-satellite system shared with the US NOAA agency.