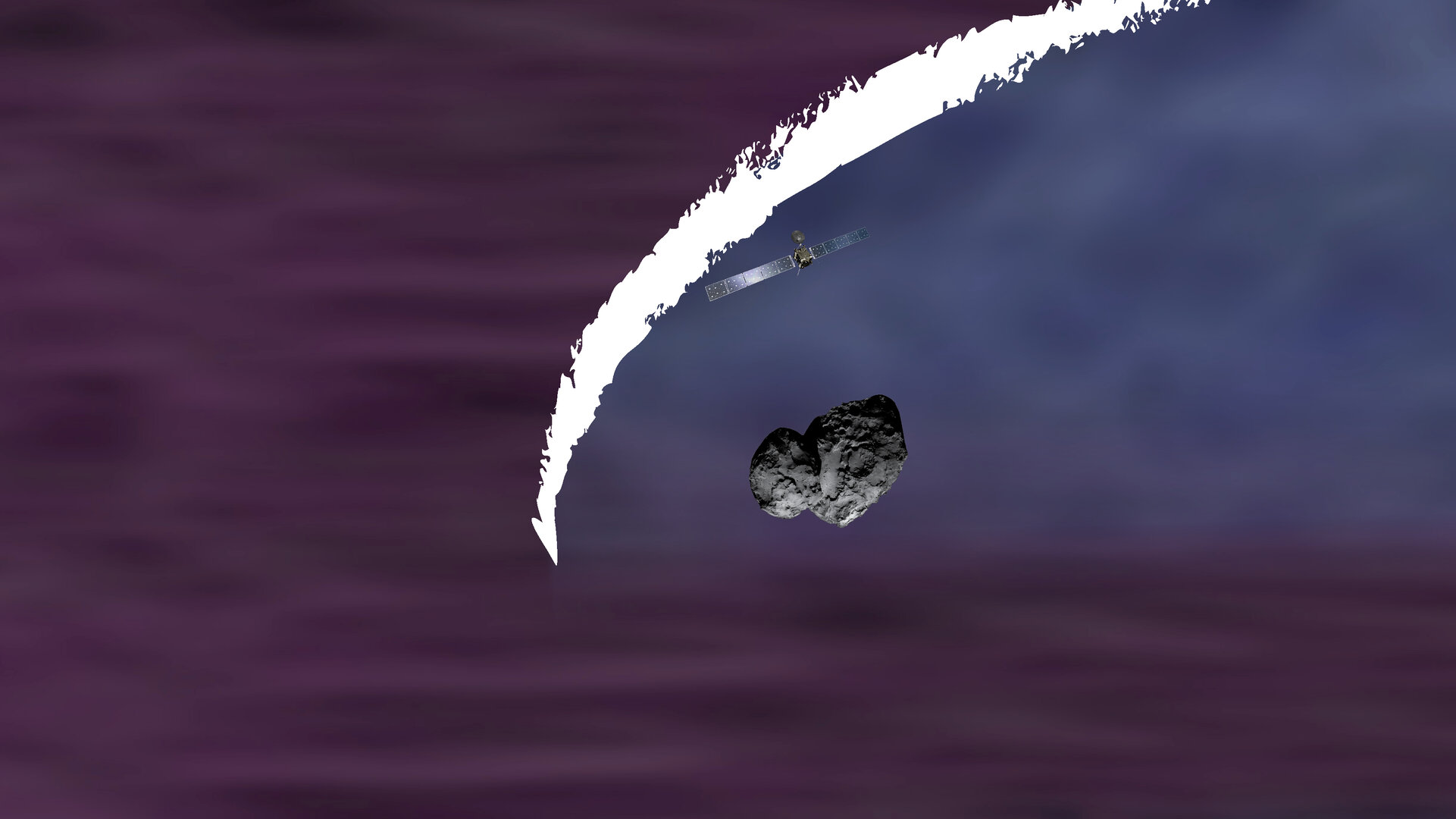 The spacecraft detected signs of a forming bow shock around 50 times closer to the comet’s nucleus than anticipated in the case of 67P. This boundary was observed to be asymmetric, wider than the fully developed bow shocks observed at other comets, and moving in unexpected ways.

Rosetta detected the bow shock as the boundary changed position responding to the upstream magnetic field flipping from one side to the other. As a result, the spacecraft found itself alternatively outside of the shock (as shown in another view) and behind it (as shown in this view).

It is the first time a bow shock has been detected in the forming anywhere in the Solar System.