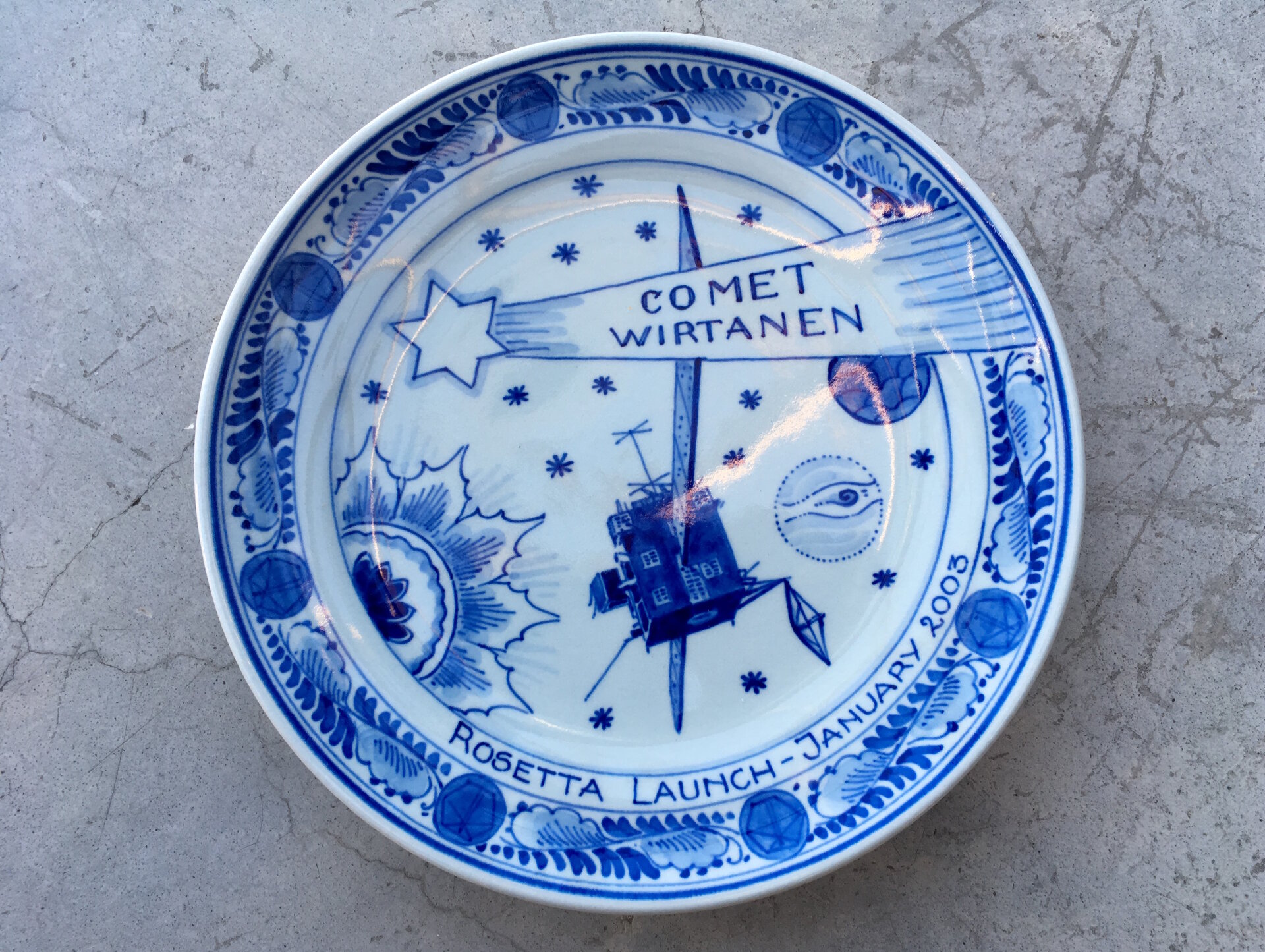 A porcelain plate featuring Comet 46P/Wirtanen, commissioned by ESA to Royal Delft to commemorate the launch of the Rosetta mission, then planned for 2003.

A bright comet with a period of 5.5 years, 46P had been chosen in the 1990s as the target of ESA’s Rosetta mission. However, a launch delay to 2004 prompted the mission team to select a new target, Comet 67P/Churyumov­–Gerasimenko, which was visited by Rosetta between 2014 and 2016.