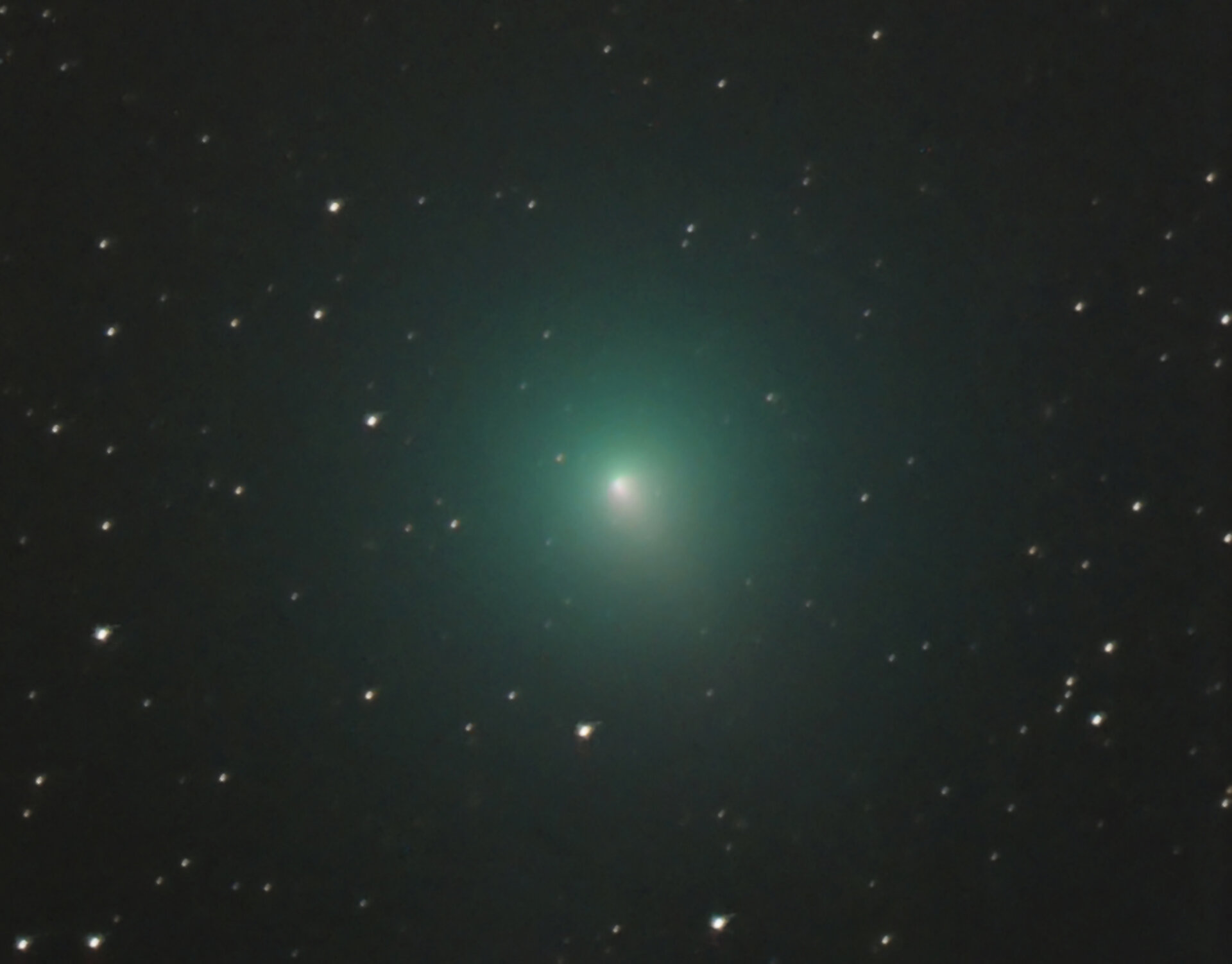 An image of Comet 46P/Wirtanen taken by Abel De Burgos Sierra from La Palma, in the Canary Islands, Spain, on 6 December 2018.

The comet nucleus is at the core of the brightest spot at the centre of the image, and the green diffuse cloud is its coma. The green colour is caused by molecules – mainly CN (cyanogen) and C2 (diatomic carbon) – that are ionised by sunlight as the comet approaches the Sun.