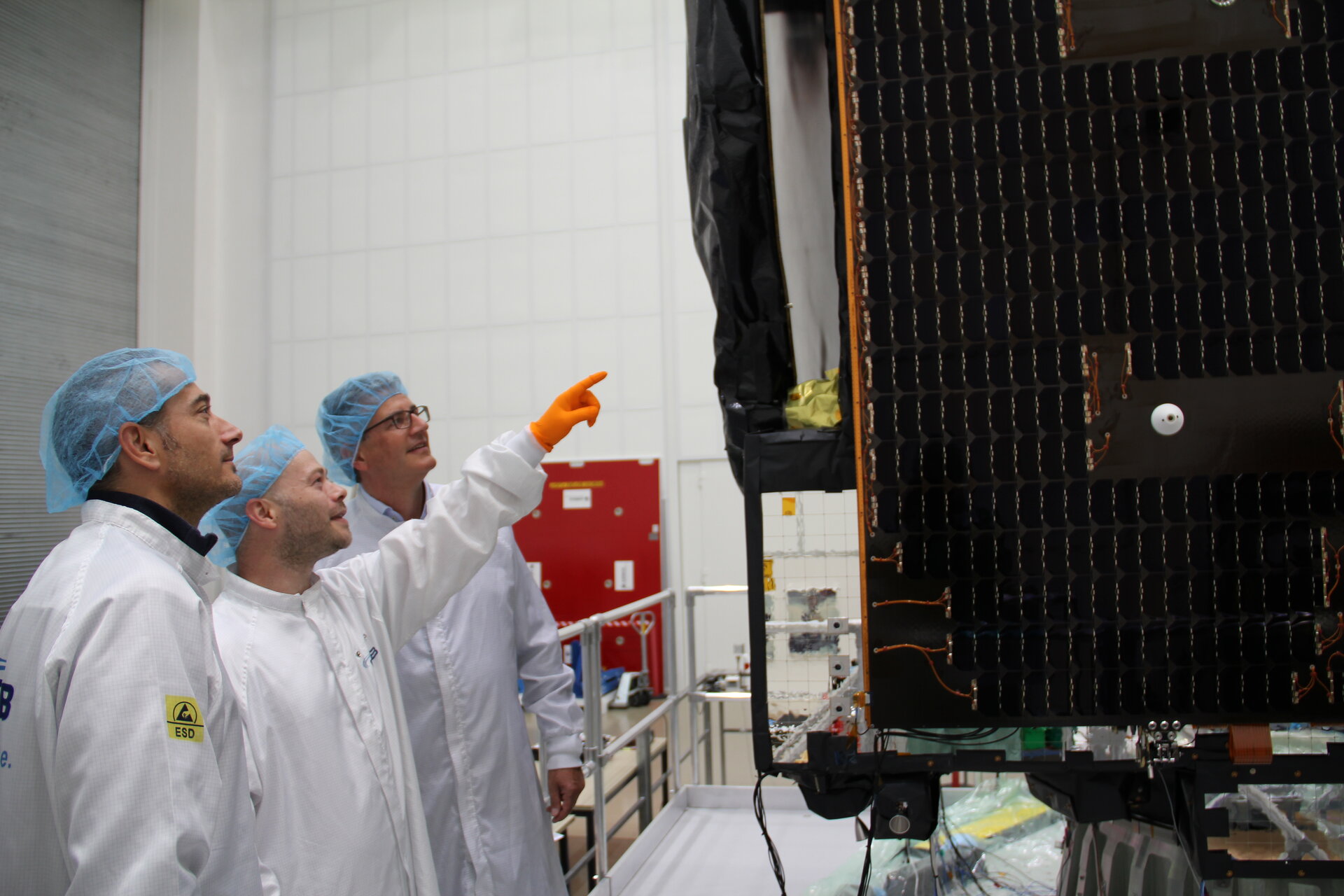 EDRS-C is shown during the vibration tests at IABG Ottobrunn, in preparation for launch.

EDRS-C is the first dedicated EDRS satellite, and will double the system's capacity in orbit.

It is built by OHB System AG.