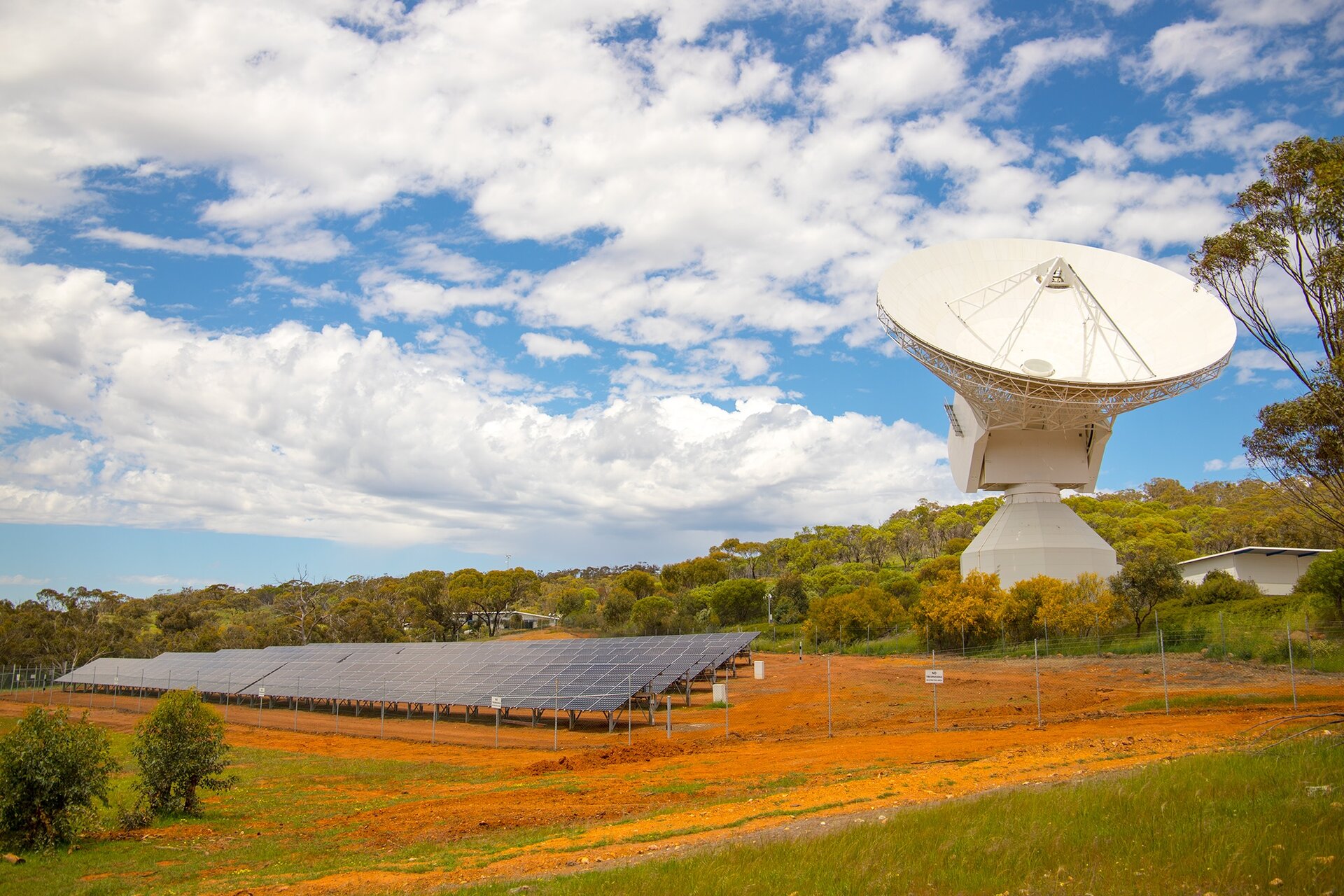 ESA’s solar-powered giant one year on

ESA’s 35-metre antenna in Australia has now been powered by the Sun for over a year, cutting costs and reducing carbon emissions by 330 tonnes - equivalent to 1.9 million km driven by car.

The solar plant at the New Norcia station in Western Australia started its first full month catching solar rays in August 2017. One year later, it had produced 470 Megawatt-hours of power – enough to supply 120 four-person homes for a year, fuelling 34% of the total electricity consumption of the station.

In order for the tracking station to be powered 100% by renewable energy, more panels would be required. Other sources of energy could also be used such as kite power, hydrogen or geothermal energy.

“I am really happy with these results – they reach beyond our initial expectations when we began the solar-power upgrade and I would be thrilled to see the same development spread to our other ground stations,” explains Marc Roubert, ESA's ground stations maintenance engineer.

With this success, ESA engineers will investigate possible similar upgrades for other stations.

Ultimately, Marc says, it would be a real achievement to get all ESA ground stations in the Estrack network completely off the mains power grid. This way, they can continue to track and communicate with satellites orbiting Earth and in deep space, while reducing the carbon footprint of the Agency’s giant 'eyes on the skies'.