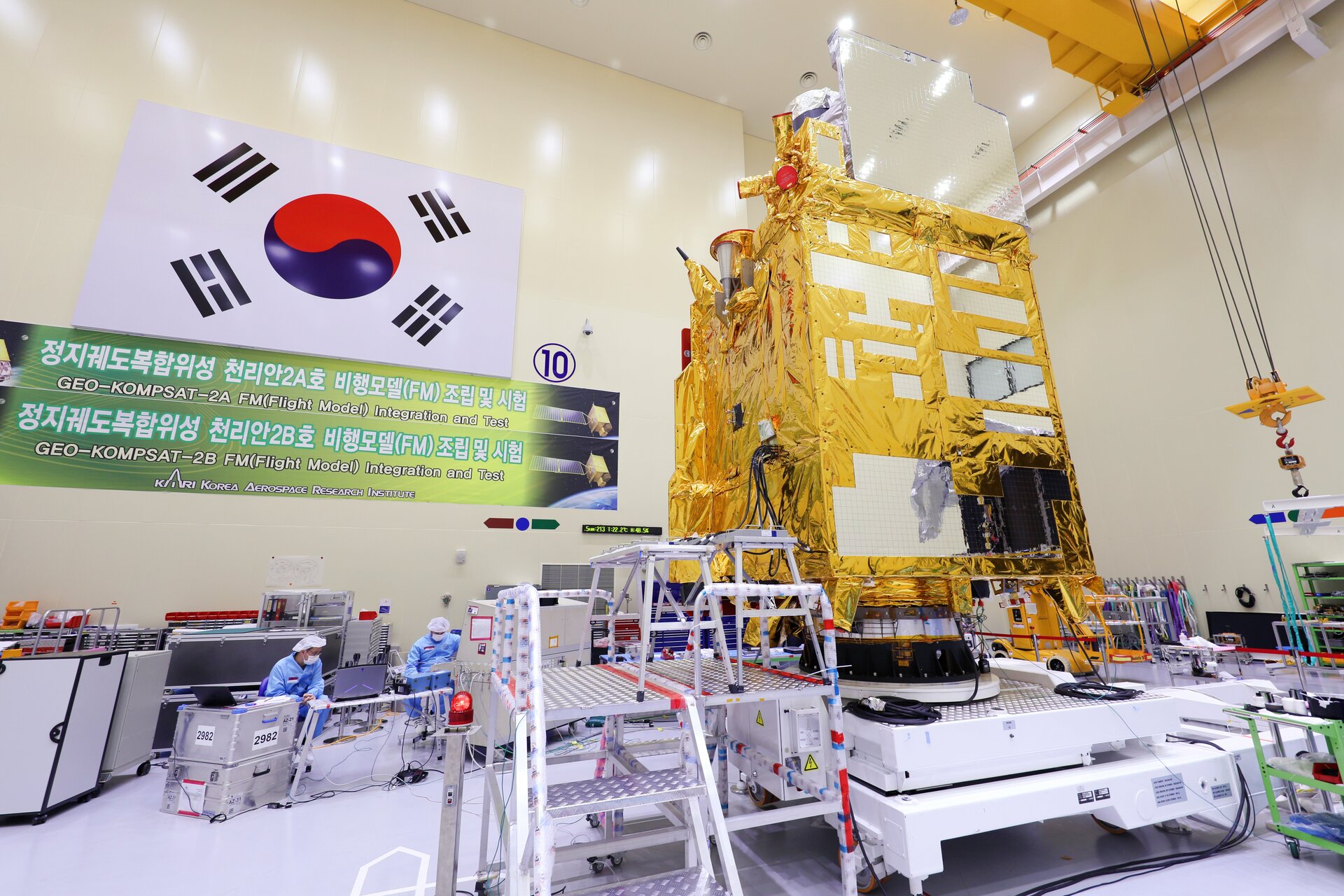 The satellite, seen in this image, was lofted into orbit on an Ariane rocket from Europe’s Spaceport in Kourou, French Guiana, and will provide meteorological monitoring over the Asia-Pacific region as well as data on space weather.

‘Space weather’ describes the constantly changing conditions in space as a result of the unpredictable behaviour of our active Sun.

This dynamic solar activity changes the space environment, causing variations in magnetic and electric fields, and levels of high-energy particles and radiation around our planet. Such changes can cause impair satellites, disturb telecommunication and satellite navigation, and damage with crucial infrastructure on Earth, such as power grids.

The SOSMAG kit is designed ultimately to be mounted on a variety of different spacecraft, in an array of orbits, which together will give a fuller picture of Earth’s space weather environment. These ‘hosted payloads’ boost efficiency and reduce cost, while providing critical data to be fed into ESA’s Space Weather Services Network.

Find out more about the network, ESA’s future Distributed Space Weather Sensor System, and the upcoming Lagrange mission to monitor the Sun, all part of the Agency’s plan to monitor hazards in space and one day to mitigate them.

The SOSMAG instrument is funded by ESA’s Space Situational Awareness programme, and was built by an industrial consortium consisting of the Austrian Academy of Sciences, the Space Research Institute (IWF), Magson GmbH, the Institut für Geophysik und Extraterrestrische Physik of TU Braunschweig and the Blackett Laboratory of Imperial College London (ICL).