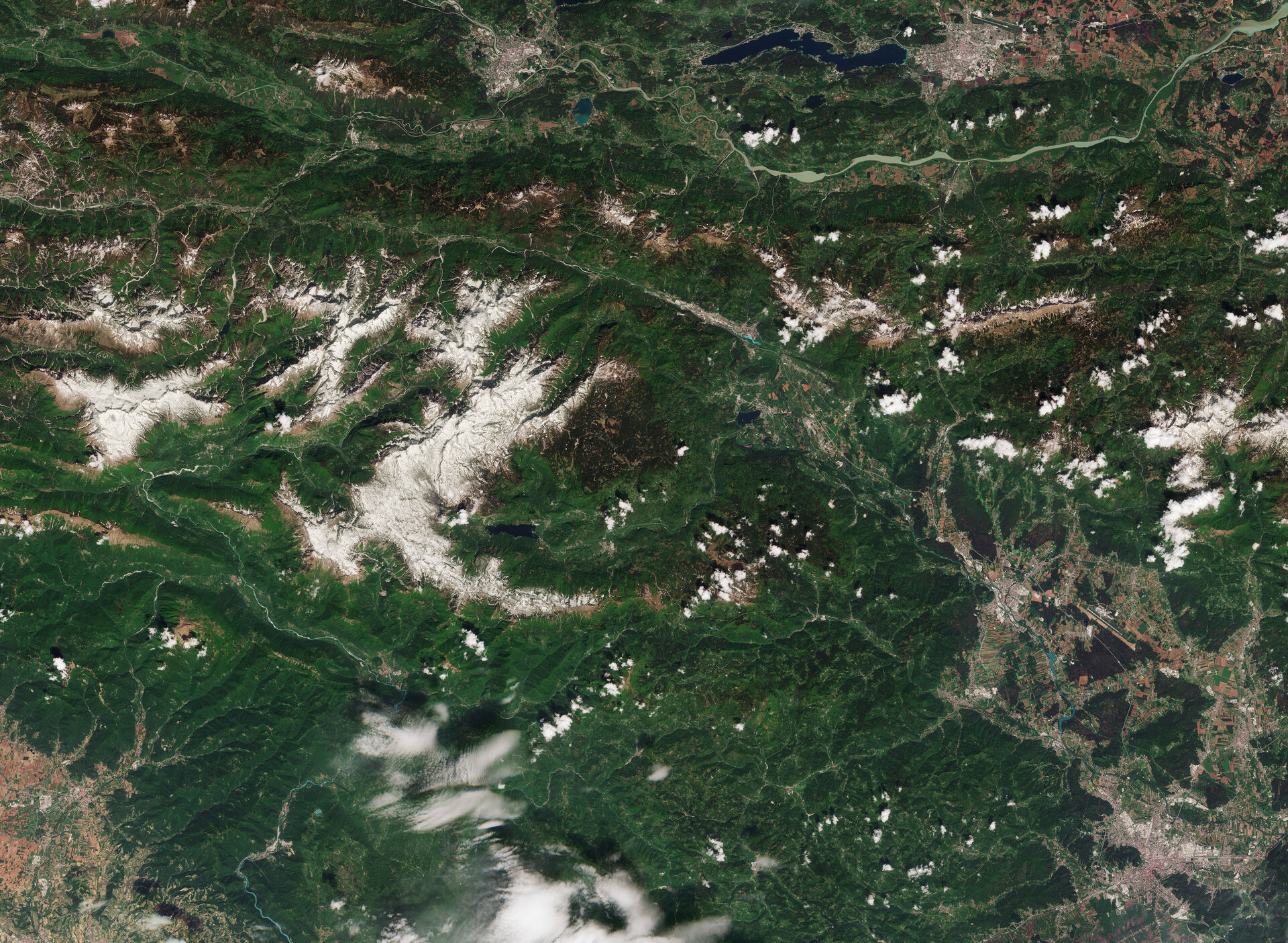 The Copernicus Sentinel-2A satellite takes us over Mount Triglav in Slovenia.  At 2800 m above sea level, the mountain is the highest in the country and a significant source of national pride, even featuring on the Slovenian coat of arms. Milan Kucan, the former president, famously once said that it was the duty of every countryman and woman to scale the mountain at least once in their lives.

The snow-peaked mountain is visible in the centre of the image, flanked by the popular tourist resort of Bled to the west. This small town is a popular base for skiers in the winter and for water-sport enthusiasts in the summer who make the most of the alpine lake of the same name.

In the lower-right part of this true-colour image, we see the capital of Slovenia, Ljubljana, home to just under 300 000 people and the cultural, administrative and economic centre of the country. Famous for its environmental credentials, the city was named European Green Capital in 2016. This is thanks to shifting the focus from car transport to public transport, by pedestrianising areas of the city and by taking concerted efforts to preserve and protect green areas.

Slovenia is bordered by Austria, Italy, Croatia and Hungary. On the top-right of the image we can see Klagenfurt, the capital city of the southern Austrian province of Carinthia, located by Lake Wörthersee. Sometimes referred to as the Caribbean of the Alps, the Lake area is where the famous Austrian composer, Gustav Mahler, wrote some of his best-known symphonies.

Sentinel-2 data can be used to monitor agriculture, biodiversity, and coastal and inland waters, helping to supply the coverage and data delivery needed for Europe’s Copernicus environmental monitoring programme.

This image, which was captured on 6 May 2018, is also featured on the Earth from Space video programme.