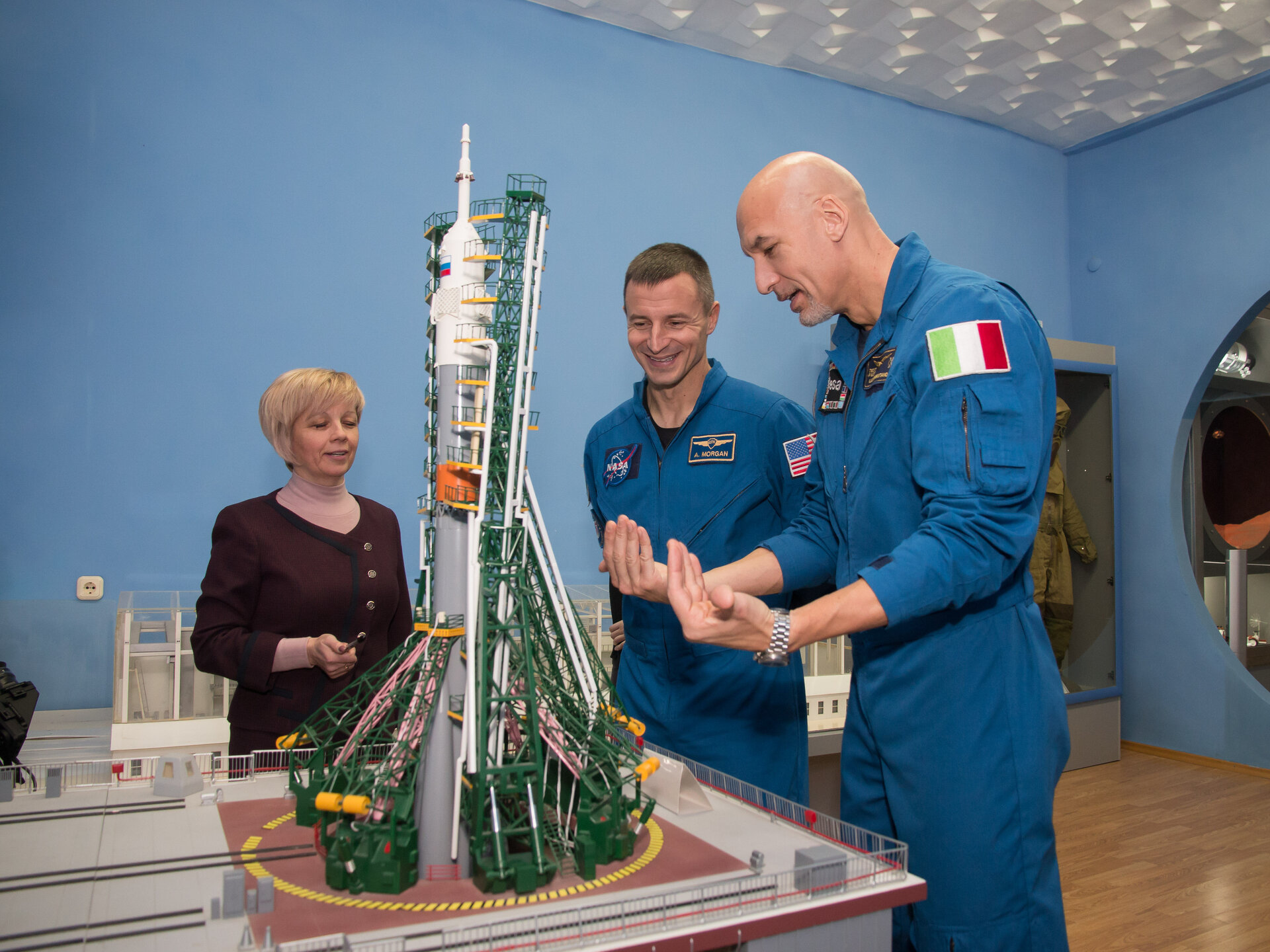 At the Baikonur Museum in the town of Baikonur, Kazakhstan, Expedition 58 backup crew, NASA astronaut Drew Morgan of NASA and ESA astronaut Luca Parmitano examine a model of a Soyuz rocket on the launch pad as part of traditional activities before a Soyuz rocket launch. They were backups to NASA astronaut Anne McClain, Roscosmos Soyuz spacecraft commander Oleg Kononenko and Canadian Space Agency astronaut David Saint-Jacques. The trio were launched 3 December 2018 on the Soyuz MS-11 spacecraft from the Baikonur Cosmodrome in Kazakhstan for a six-and-a-half month mission on the International Space Station.

Luca is returning to the International Space Station for a second mission in 2019 when he will be acting as commander of the weightless research outpost during the second part of his flight. Luca was the first of ESA’s astronauts selected in 2009 to fly to the Space Station in 2013 and stayed for 166 days. On his Volare mission Luca conducted two spacewalks and collected data for many experiments that are still running today. His second mission is called Beyond.