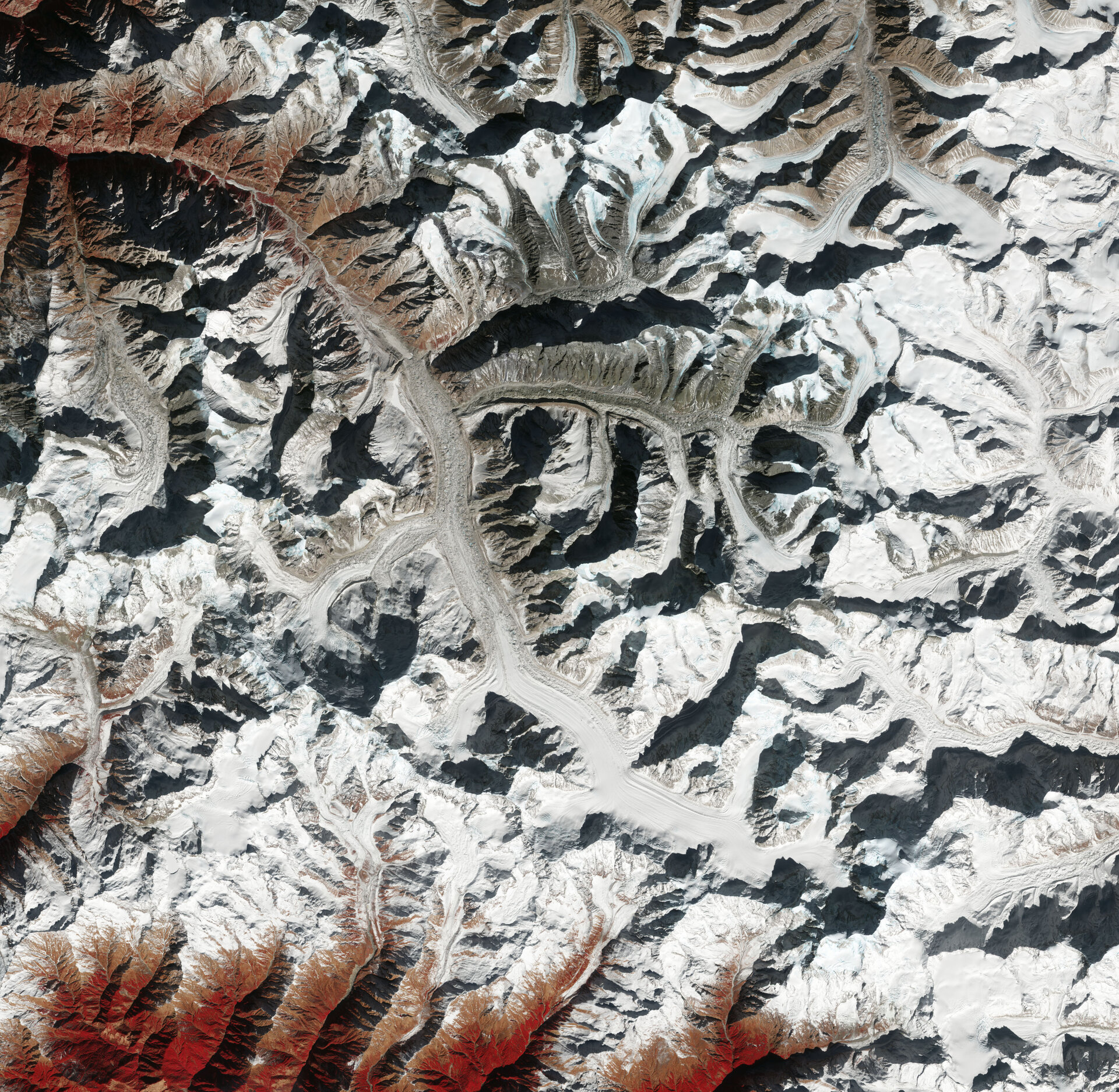 The Copernicus Sentinel-2 mission takes us over Gangotri, one of the largest glaciers in the Himalayas and one of the main sources of water for the Ganges River.

The Gangotri Glacier is in the Indian Himalayan state of Uttarakhand. The head of the glacier can be seen in the lower-right of the image near the Chaukhamba Peak. From here, Gangotri flows around 30 km northwest, but like many of the world’s glaciers it is in retreat. Studies suggest that Gangotri has been receding for well over 200 years. Measurements have shown, that it retreated by as much as 35 metres a year between the mid-1950s and mid-1970s. While this has now reduced to about 10 metres a year, observations show that the glacier is thinning.

The glacier’s terminus is called Gomukh, which means ‘mouth of a cow’, presumed to describe what the snout of this huge glacier once resembled. Importantly, the headwaters of the Bhagirathi River form here. In Hindu culture and mythology, this is considered to be the source of the Ganges and consequentially the destination for many spiritual pilgrimages and treks. Gomukh is a 20 km trek from the village of Gangotri, which is in the top left of the image. While Gomukh and Gangotri have much spiritual significance, the Bhagirathi River offers an important supply of freshwater as well as power as it passes through a number of power stations, including the Tehri hydroelectric complex 200 km downstream (not pictured).

Gangotri is in an area also known as ‘the third pole’, which encompasses the Himalaya-Hindu Kush mountain range and the Tibetan Plateau. The high-altitude ice fields in this region contain the largest reserve of freshwater outside the polar regions. With such a large portion of the world’s population dependent on water from these cold heights, changes in the size and flow of these glaciers can bring serious consequences for society by affecting the amount of water arriving downstream.

From the vantage point of space, satellites, such as the Copernicus Sentinels, provide essential information to monitor the changing face of Earth’s glaciers, which are typically in remote regions and therefore difficult to monitor systematically from the ground.

This image, which was captured on 7 January 2018, is also featured on the Earth from Space video programme.