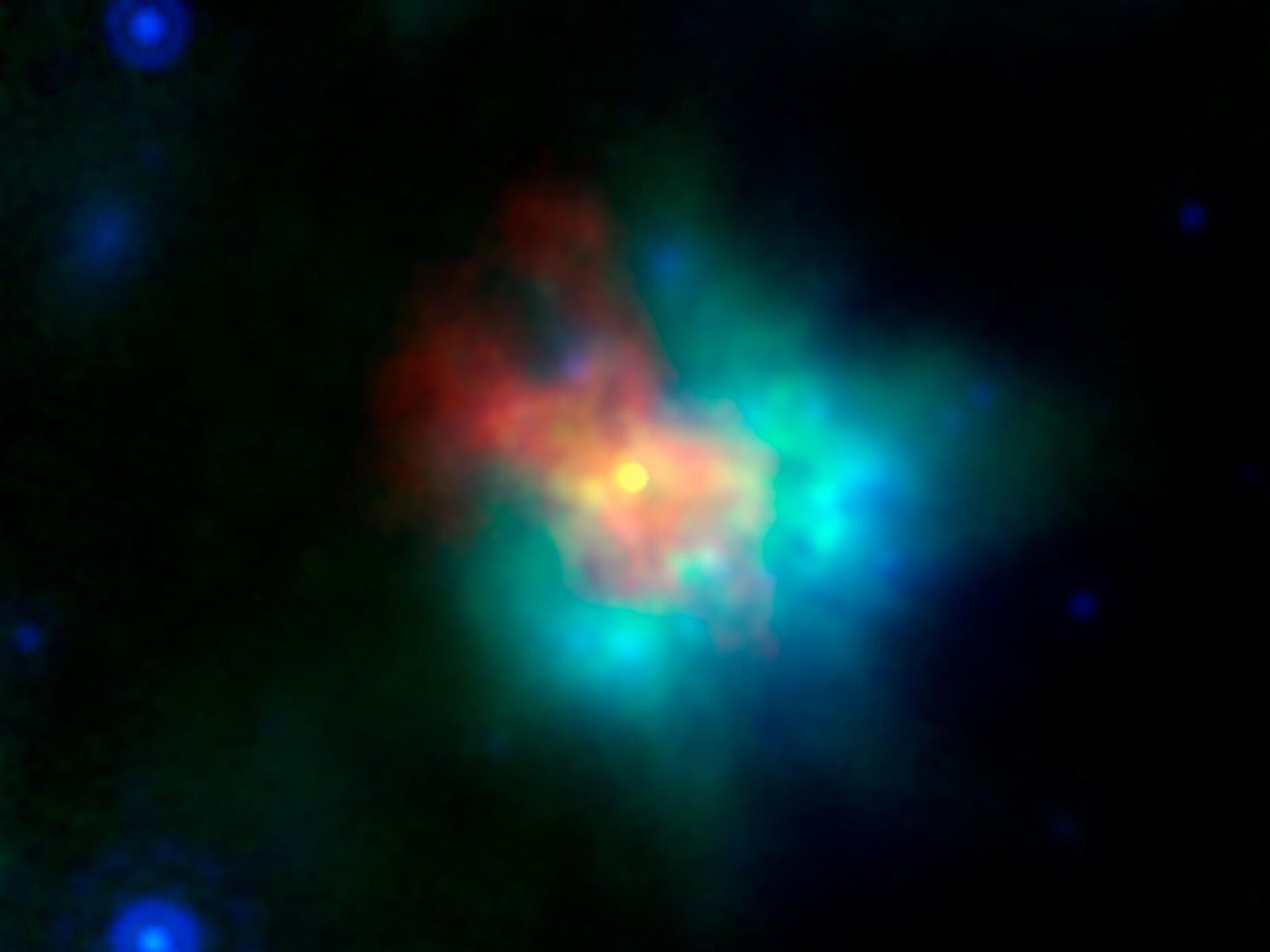 Multi-wavelength view of a supernova remnant

New Year’s Eve may be past, but we are not done with fireworks just yet. This image, which includes data from ESA’s Herschel Space Observatory, shows the remnants of an explosion – not of the colourful type ignited during celebrations, but of the stellar kind.

The object in the image, dubbed G54.1+0.3, is a supernova remnant, the leftovers of a massive star that died a violent death. It is located about 20,000 light-years away from us, in the northern constellation of Sagitta, the arrow.

As the star ran out of fuel, it shed its outer layers in a powerful explosion while its core collapsed due to gravity, eventually forming an extremely dense neutron star. The remnant of this particular explosion is a pulsar, a fast-rotating neutron star that shines brightly in the radio and X-ray parts of the electromagnetic spectrum.

Besides the stellar remnant, the dust and gas in the surrounding envelope are also quite remarkable. According to a recent study by J. Rho and collaborators, these layers contain silica – also known as silicon dioxide, or SiO2 – a major component of many types of rocks on Earth, making up about 60 percent of our planet’s crust. The study is the first to show that this key ingredient of everyday materials like glass and sand can be formed in supernova explosions.

This image combines infrared and X-ray data collected by three space observatories and radio observations obtained from the ground.

The data from Herschel, shown in green hues in this view and corresponding to the far-infrared wavelength of 70 microns, played a key part in helping astronomers detect silica in the dusty envelope of this supernova remnant, along with mid-infrared observations from NASA’s Spitzer Space Telescope, corresponding to 24 microns and shown in blue.

Operating between 2009 and 2013, Herschel left a legacy of treasured data that are still producing a multitude of scientific results every year. The study of supernova remnant G54.1+0.3 is based on archival data from one of the observatory’s key programmes, the Herschel infrared Galactic Plane Survey (Hi-GAL).