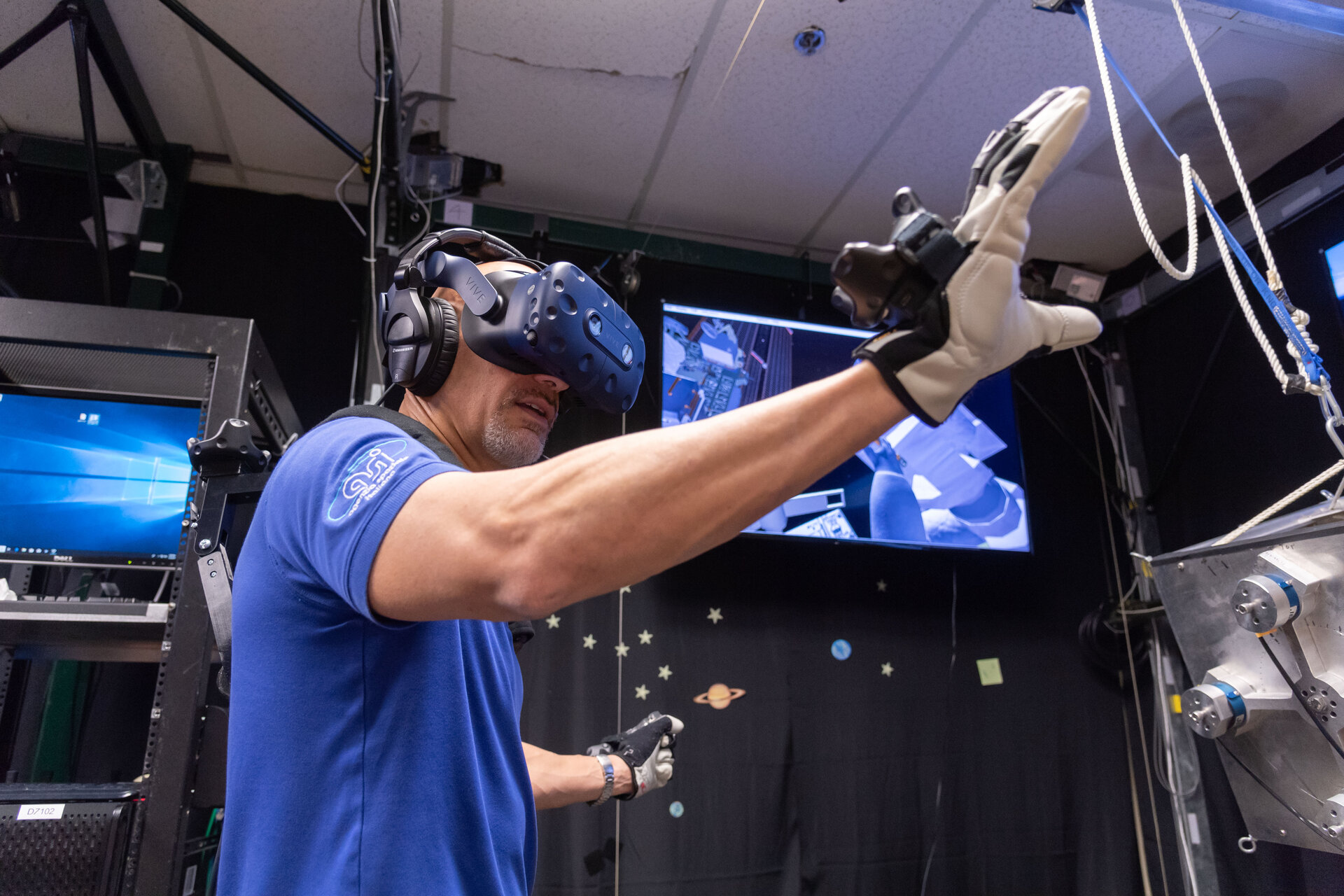 Today astronauts use computer simulations to help prepare for life on the International Space Station, practising spacewalks and operating equipment in microgravity – all while never leaving the ground.

ESA astronaut Luca Parmitano is hard at work preparing for his Beyond mission. In this image, Luca is navigating through a computer-generated environment to learn the route he might take outside the Space Station on a spacewalk, helping him to take decisions and act more quickly during the actual spacewalk. The training facility is part of Virtual Reality Laboratory at NASA’s Johnson Space Center in Houston, USA.

Luca is also getting reacquainted – Luca flew to the Space Station in 2013 – with safety procedures, robotic operations and learning about the experiments he will conduct in the orbital outpost.

He will be launched for his six-month stay aboard the International Space Station in July as part of Expedition 60/61, alongside NASA astronaut Andrew Morgan and Roscosmos cosmonaut Alexander Skvortsov.

International cooperation in human spaceflight does not only take place on the Space Station but begins well before, during training. Astronauts prepare not only at NASA’s Johnson Space Center but also at Star City near Moscow, and of course at the European Astronaut Centre in Cologne, Germany.

Luca will serve as Space Station commander during the second half of his mission. This will be the third time a European astronaut has held this leadership role, but the first time by an Italian astronaut.

How does Luca plan to take on this exciting yet challenging responsibility?

“I see myself as a facilitator. My goal will be to put everybody in the condition to perform to the best of their capability,” he says.