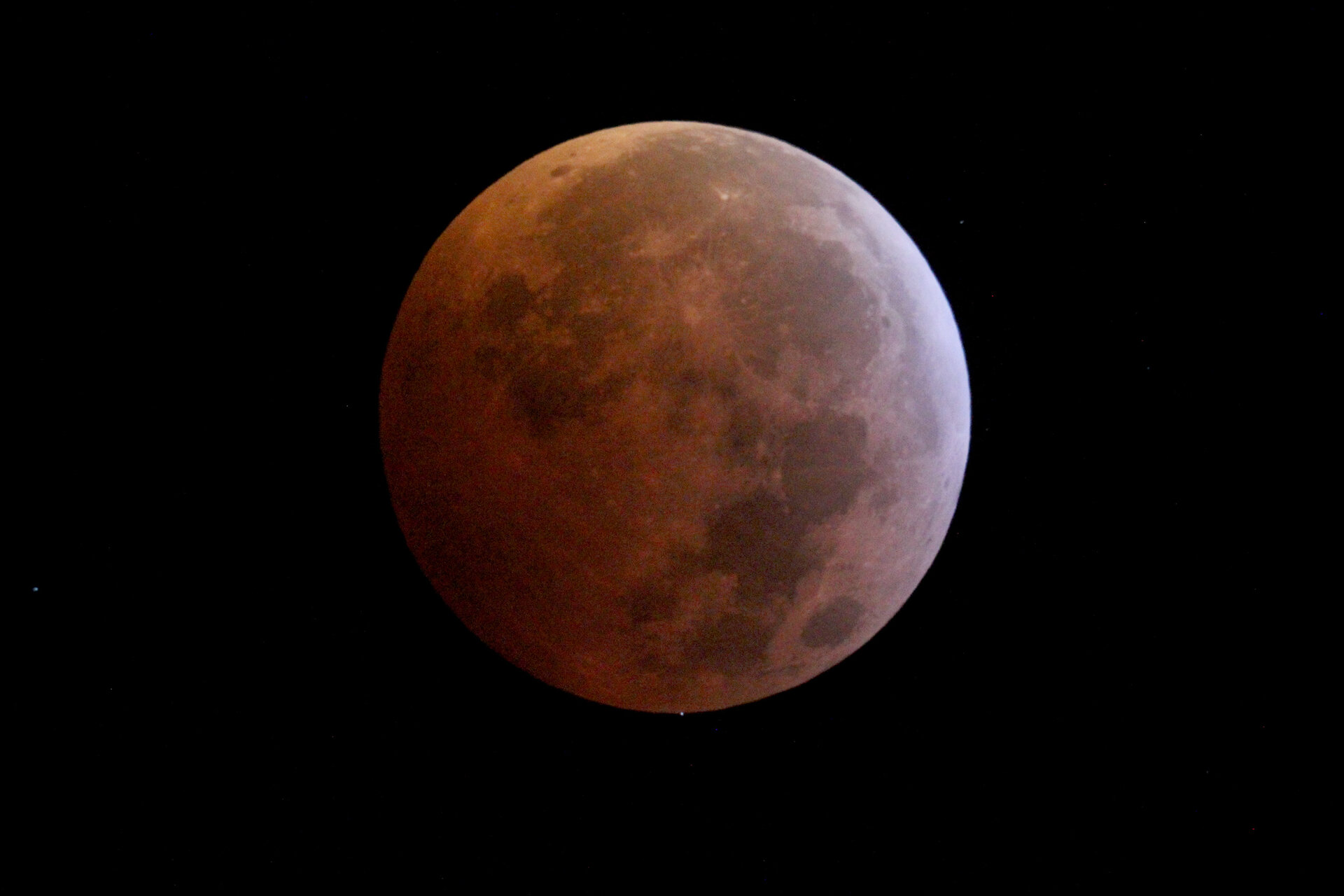 The occultation by the Moon of star HIP 39749, located 309 light years away in the Cancer constellation. The image, taken at 05:21 GMT on 21 January during a lunar eclipse, shows the star right as it emerges from behind the Moon after its occultation.

During the eclipse, the Moon is engulfed by Earth’s shadow and the only sunlight that reaches its surface is diffracted by our planet’s atmosphere, giving it a red-orange tint.

This image was taken at ESA’s European Space Astronomy Centre near Madrid, Spain, with a Newtonian (reflecting) telescope CG8 with 20-cm aperture, and a Canon EOS550D camera.