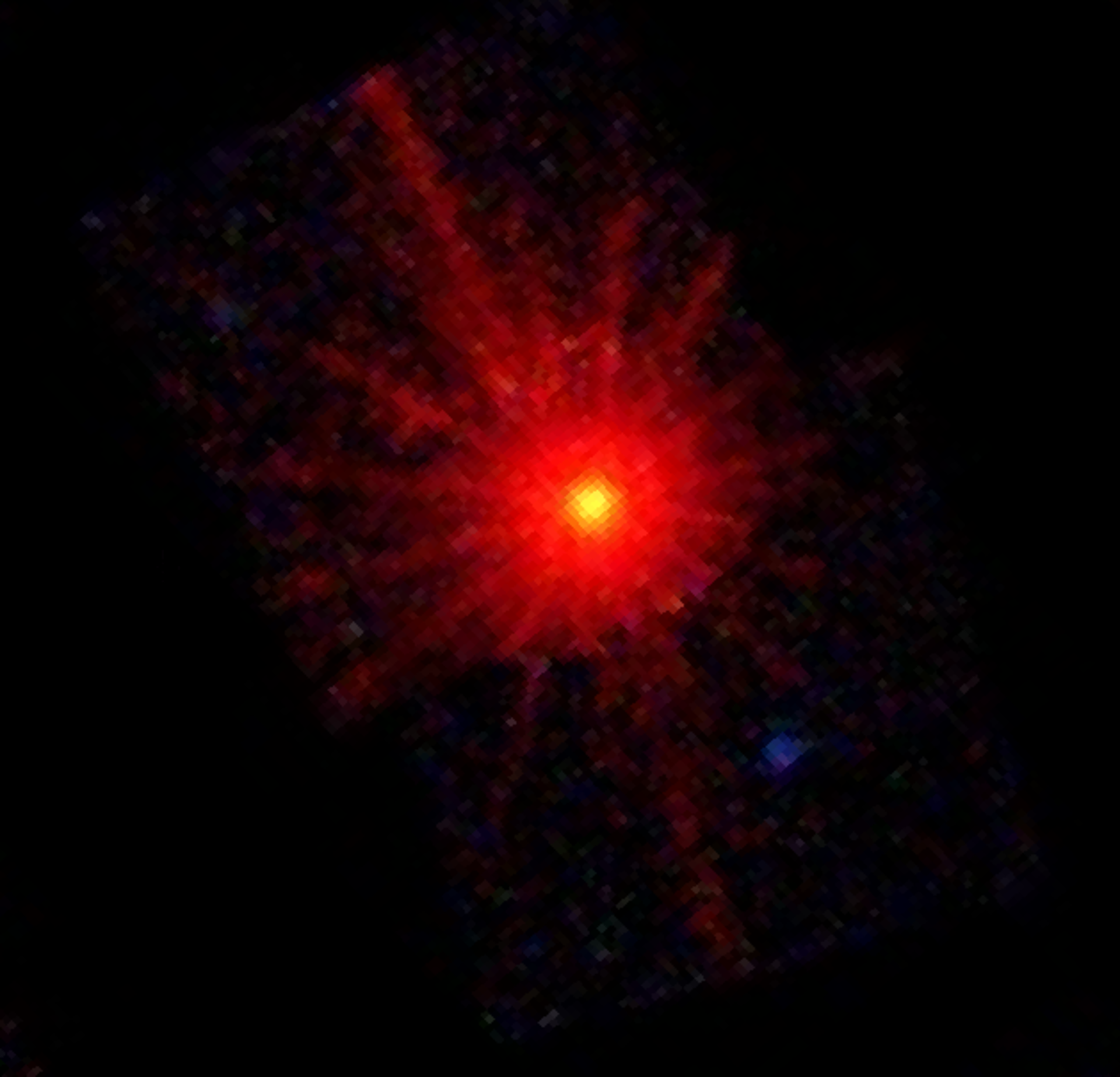 The cosmic source called ASASSN-14li, concealing a black hole at least one million times as massive as the Sun that shredded and devoured a nearby star, as viewed by the European Photon Imaging Camera (EPIC) on ESA's XMM-Newton X-ray observatory.

Observations of ASASSN-14li have revealed an exceptionally bright and stable signal that oscillated over a period of 131 seconds for a long time: 450 days.

By combining this with information about the black hole’s mass and size, the astronomers found that the hole must be spinning rapidly – at more than 50% of the speed of light – and that the signal came from its innermost regions.

Explore this object in ESASky