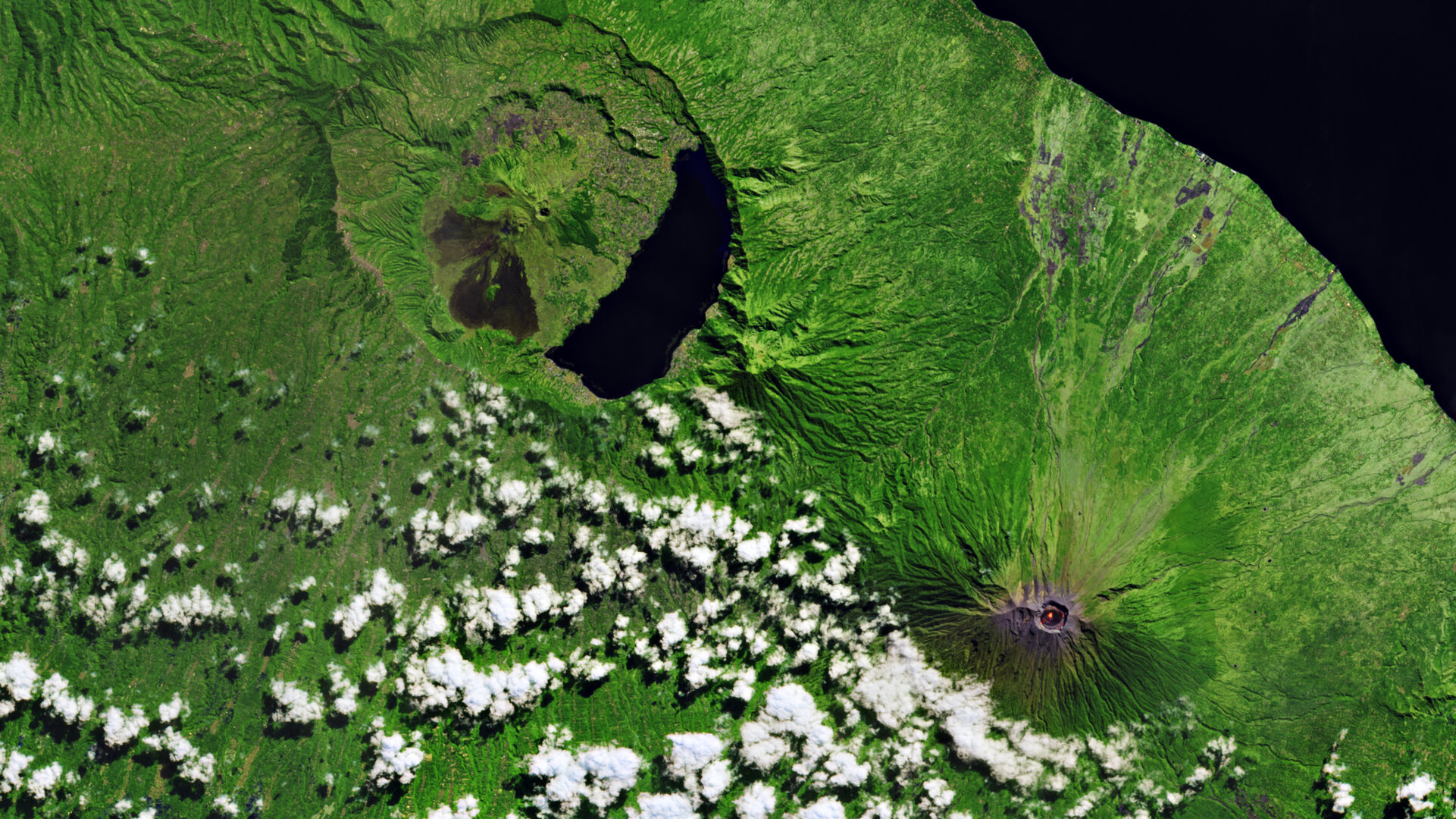 This image of Mount Agung on the Indonesian island of Bali was captured on 2 July 2018 by the Copernicus Sentinel-2 mission. After being dormant for 50 years, Mount Agung erupted in November 2017. It has continued to erupt on and off since then – a bright orange spot can be seen in the volcano’s crater. Recent research provides evidence that Agung and the neighbouring Batur volcano, visible northwest of Agung, may have a connected magma plumbing system.