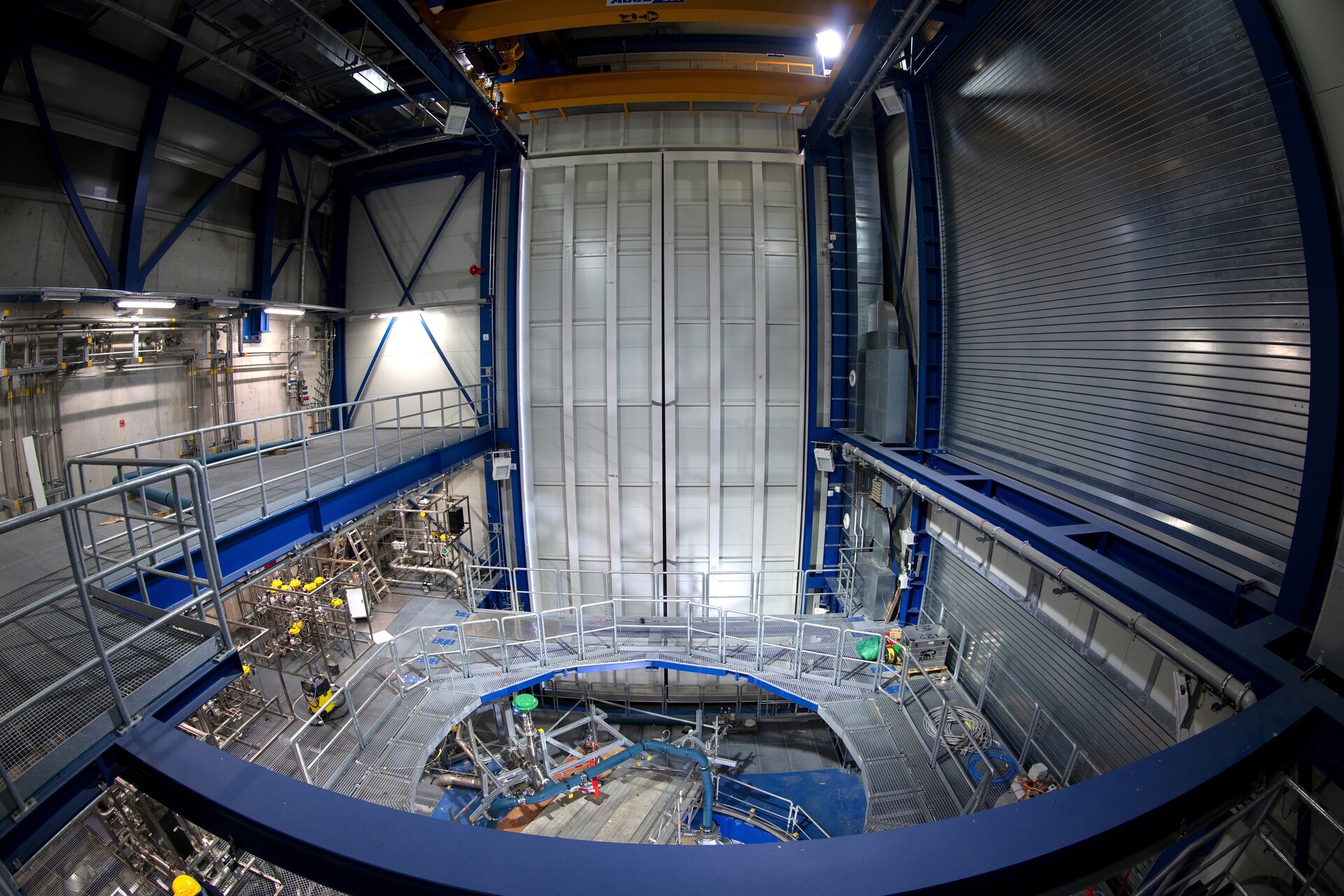 On 26 February 2019, the DLR German Aerospace Center in Lampoldshausen inaugurated a new test facility that simulates launch for the complete Ariane 6 upper stage.

The test stand has three main areas. A steel structure will hold the Ariane 6 upper stage in front of a concrete safety wall – the ‘Test cell’. Under this is a concrete chute to funnel away hot exhaust gases from the Vinci engine, and behind the safety wall is a concrete building with five levels for gaseous panels, control, and auxiliary systems.

Fuel and other essentials for P5.2 operations come from existing infrastructure, which has enabled savings on construction costs.

Operations inside the test stand are monitored from a central command roomlocated away from the test stand. After final preparations, a countdown marks the start of the test, simulating an actual rocket launch.