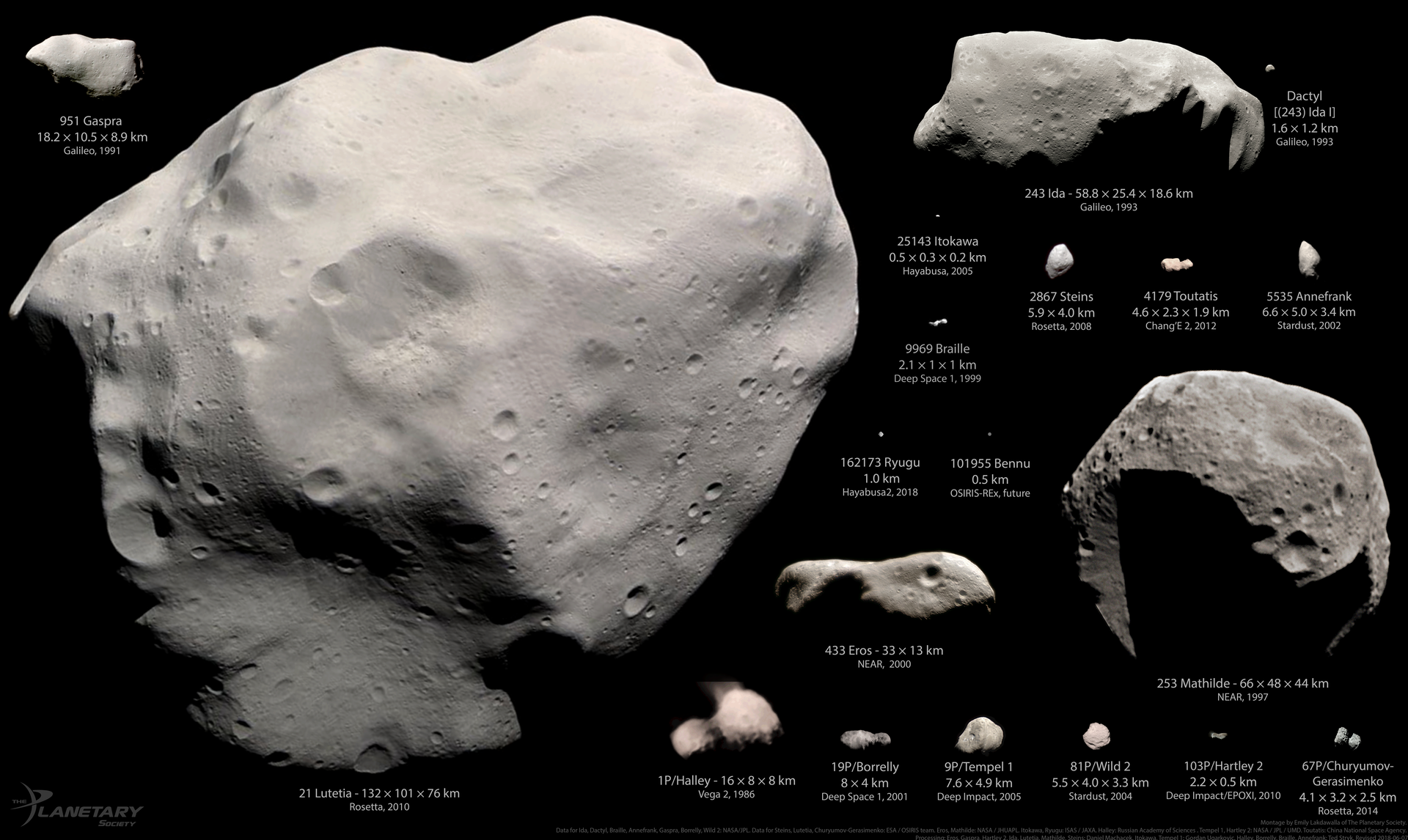 Asteroids and comets visited by spacecraft

A Planetary Society montage of 17 of the 18 asteroids and comets that have been photographed up close as of June 2018, when Hayabusa2 arrived at Ryugu. This version is in color but does not show the bodies at their correct relative albedo or brightness. Not included are Vesta or Ceres, both of which are many times larger than Lutetia. This is a provisional version for 2018. Bennu is currently represented by a gray dot; later in the year, that dot will be replaced by a new OSIRIS-REx image, and this image will be updated.