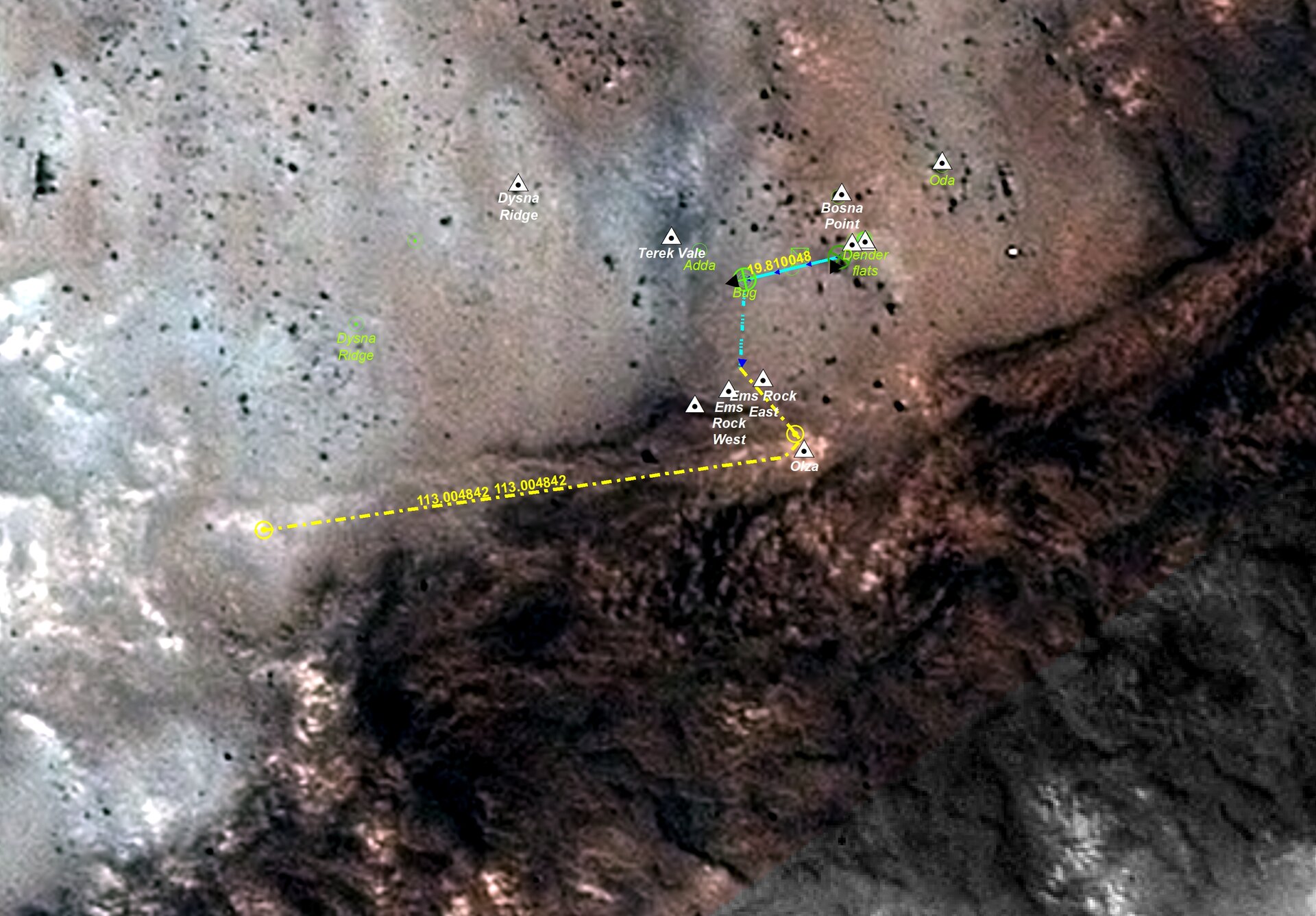 The path taken by the ExoFit model during a campaign at the Atacama Desert, in Chile – following commands from mission control in the United Kingdom, over 11 000 km away.