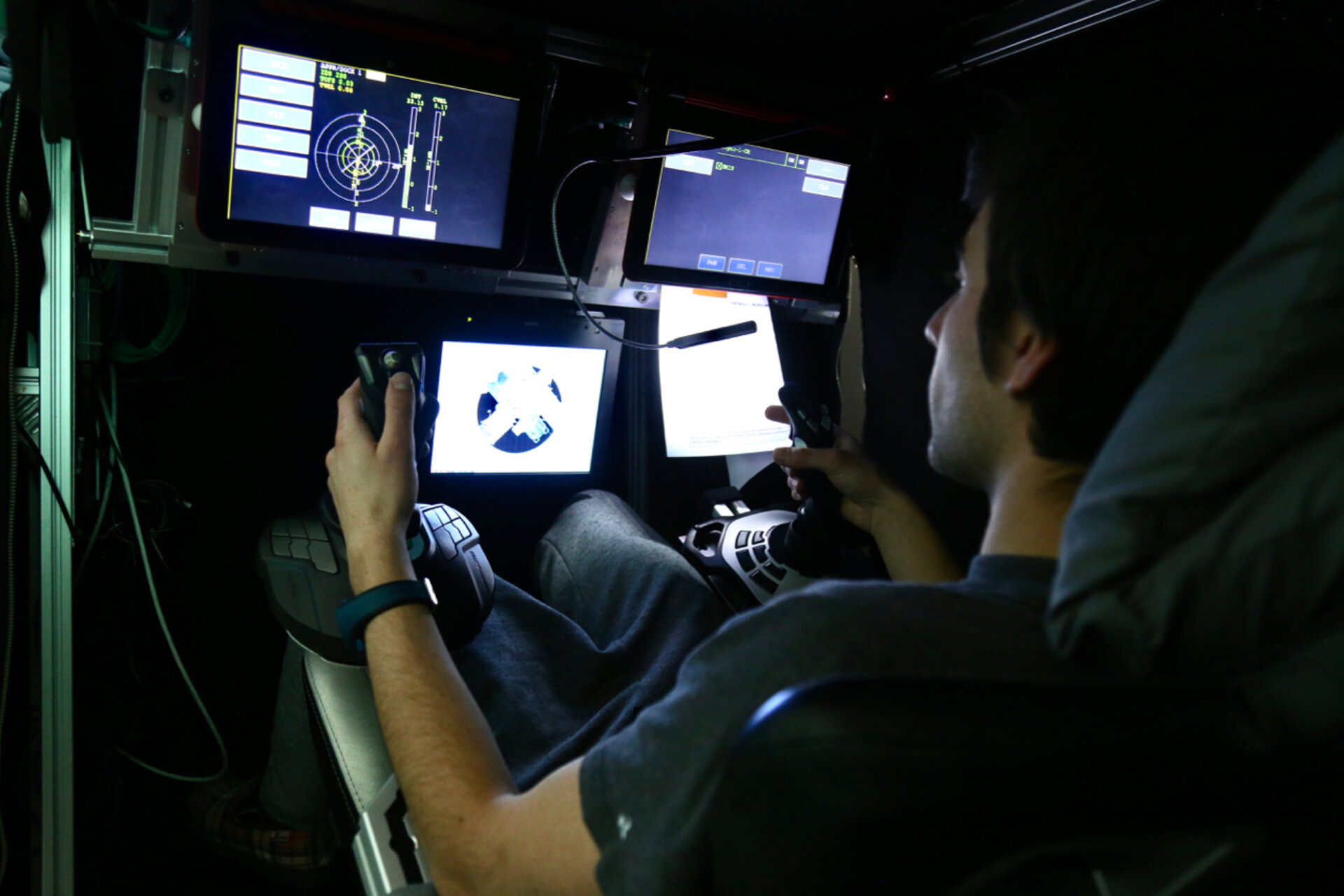 When the setup for a science experiment looks like this, it is easy to confuse it for a session at the arcade. But sometimes science is as fact as fiction.

The subject imaged here is training to fly a Soyuz spacecraft, currently the only means of transport for astronauts to and from the International Space Station. However, it is not the simulator but where it is located that is the focus of this experiment.

It is located at Concordia station, a research hub on a plateau 3200 m above sea level on the Antarctic peninsula. A place of extremes, temperatures on the white continent can drop to –80 °C in the winter, with a yearly average temperature of –50 °C.

As Concordia lies at the very southern tip of Earth, the Sun does not rise above the horizon in the winter and does not set in the summer. The crew must live without sunlight for four months of the year.

Despite these harsh conditions, up to 15 people spend around a year at a time living in Concordia in the name of science. Far removed from civilisation, the white world of Antarctica offers researchers the opportunity to collect data and experiment like no other place on Earth.

The participant in this image is taking part in the SimSkill project that investigates how often astronauts should train to maintain their piloting skills during a long spaceflight.

After their first training, participants are divided into two groups: one that “flies” once a month, while the other group does a refresher course once every three months over their winter stay in Antarctica.

Since no video or arcade game has provided satisfying answers to this query so far, ESA participates in the Italian-French base to research future missions to other planets, using the base as a model for extraterrestrial planets.

The experiment investigates whether or not isolation and oxygen deprivation endured at Concordia affects a pilot’s abilities and, if so, how.

The air in Concordia is very thin and holds less oxygen due to the altitude. Venturing outside the base requires wearing layers of clothes and limits the time spent outdoors – much like living on another planet.

In the great open landscape covered in darkness, colours, smells and sounds are almost non-existent, adding to the sense of loneliness. The isolation and sensory deprivation can wreak havoc on crewmembers’ biological clock, making it hard to get a good night’s sleep.

The results will be evaluated and compared to the same experiment performed in Stuttgart, Germany, and at the British Antarctic Survey’s Halley station, located at sea level in Antarctica.

Follow the latest updates from Concordia on the blog: http://blogs.esa.int/concordia/