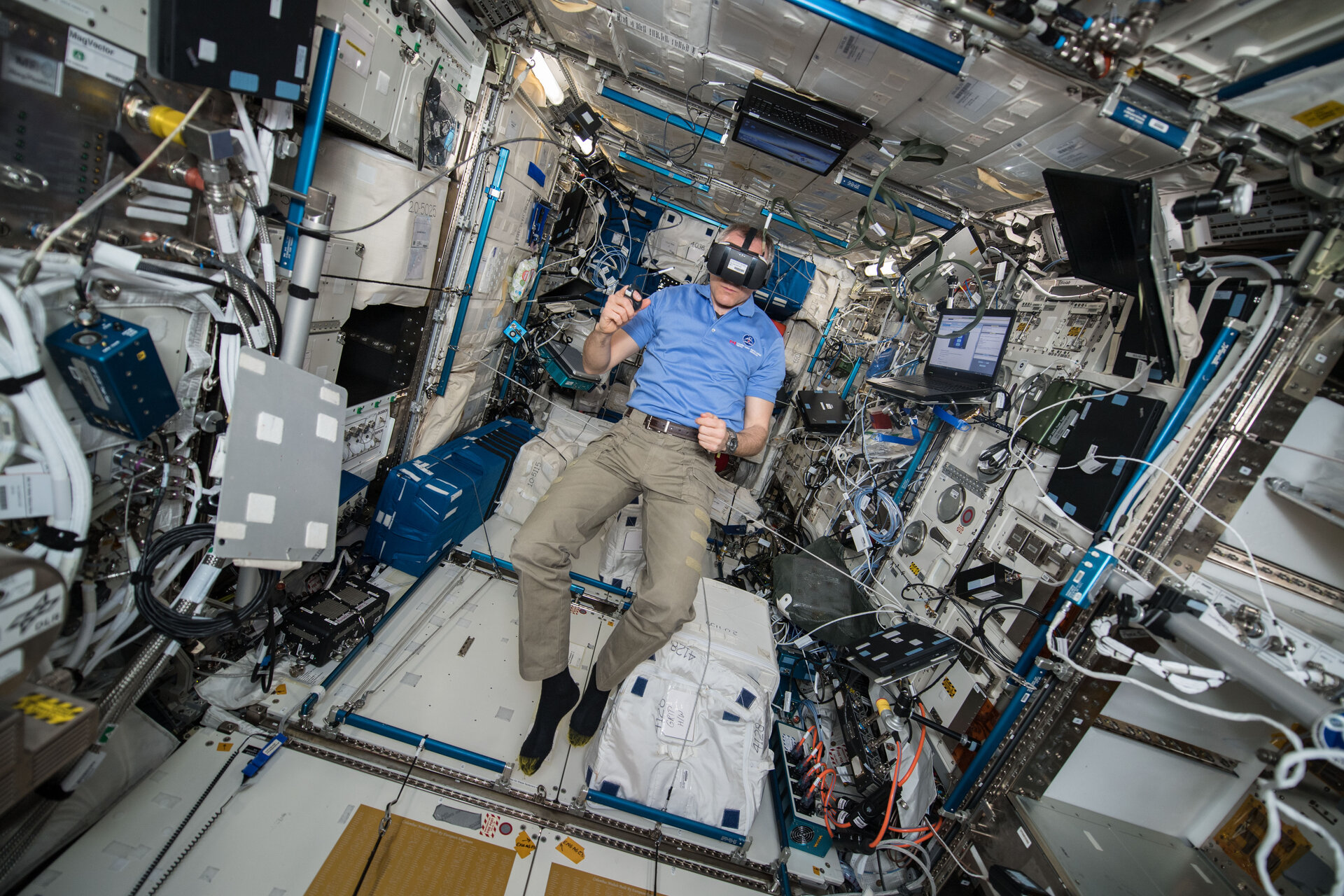 Einstein predicted that time slows down the faster you travel and the time-dilation hypothesis has since been proven by flying atomic clocks on aircraft.

The three fastest human beings at the moment are NASA astronaut Anne McClain, Canadian Space Agency astronaut David Saint-Jacques (pictured) and Roscosmos astronaut Oleg Kononenko who are orbiting Earth on the International Space Station at a speed of around 28 800 km/h.

They are travelling so fast that they will return home to Earth after their six-month spaceflight 0.007 seconds younger than if they had stayed with their feet on the ground.

But how do astronauts perceive time in space? Space Station crew report that time seems to speed up in microgravity so European researchers are trying to find out more by immersing astronauts in virtual reality and testing their reaction times.

A virtual reality headset is used to block external visual cues that could influence the results. The experiment focuses on how astronauts estimate time duration as well as their reaction times. They are asked gauge how long a visual target appears on screen. Their reaction times to these prompts are recorded to process speed and attention.

The astronauts run the experiment before flight, on the International Space Station and again when they land to compare results. ESA astronaut Alexander Gerst was the first test subject to take part in this experiment in 2018. Anne and David did a session in February in ESA’s Columbus laboratory.

Understanding how time is perceived in space is important as astronauts are often required to conduct precision work where timing is everything. This research in microgravity will help reveal clues as to what helps keep our brains ticking the seconds accurately.