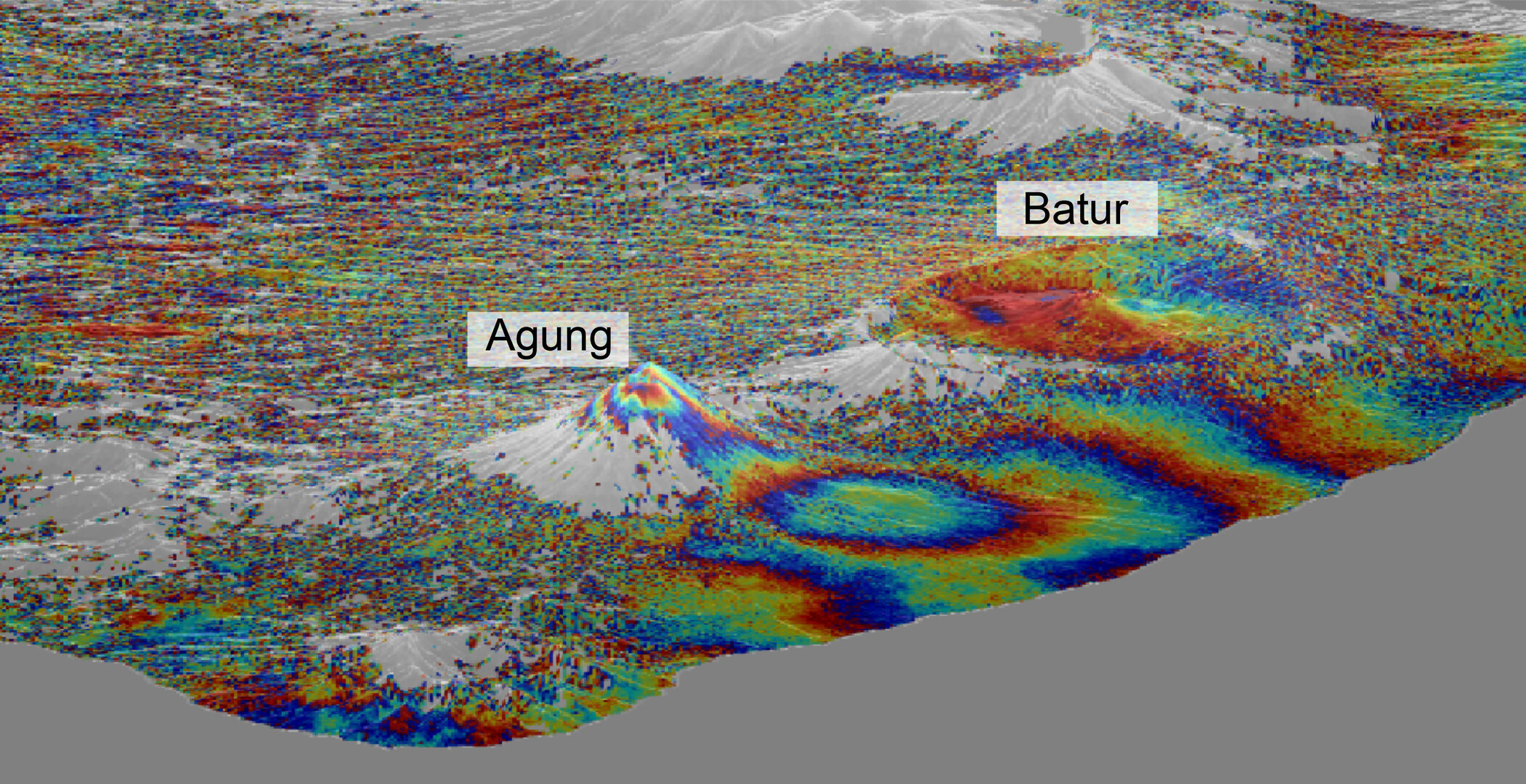 Copernicus Sentinel-1 InSAR data shows ground uplift on the flank of Mount Agung, which is on the island of Bali in Indonesia. The data show uplift between August and November 2017, prior to the eruption of Mount Agung on 27 November. The eruption was preceded by a wave of small earthquakes. A team led by Bristol University’s School of Earth Sciences in the UK used radar data from the Copernicus Sentinel-1 radar mission and the technique of InSAR to map ground motion, which may be indicate that fresh magma is moving beneath the volcano. Their research provides the first geophysical evidence that Agung and the neighbouring Batur volcano may have a connected plumbing system.