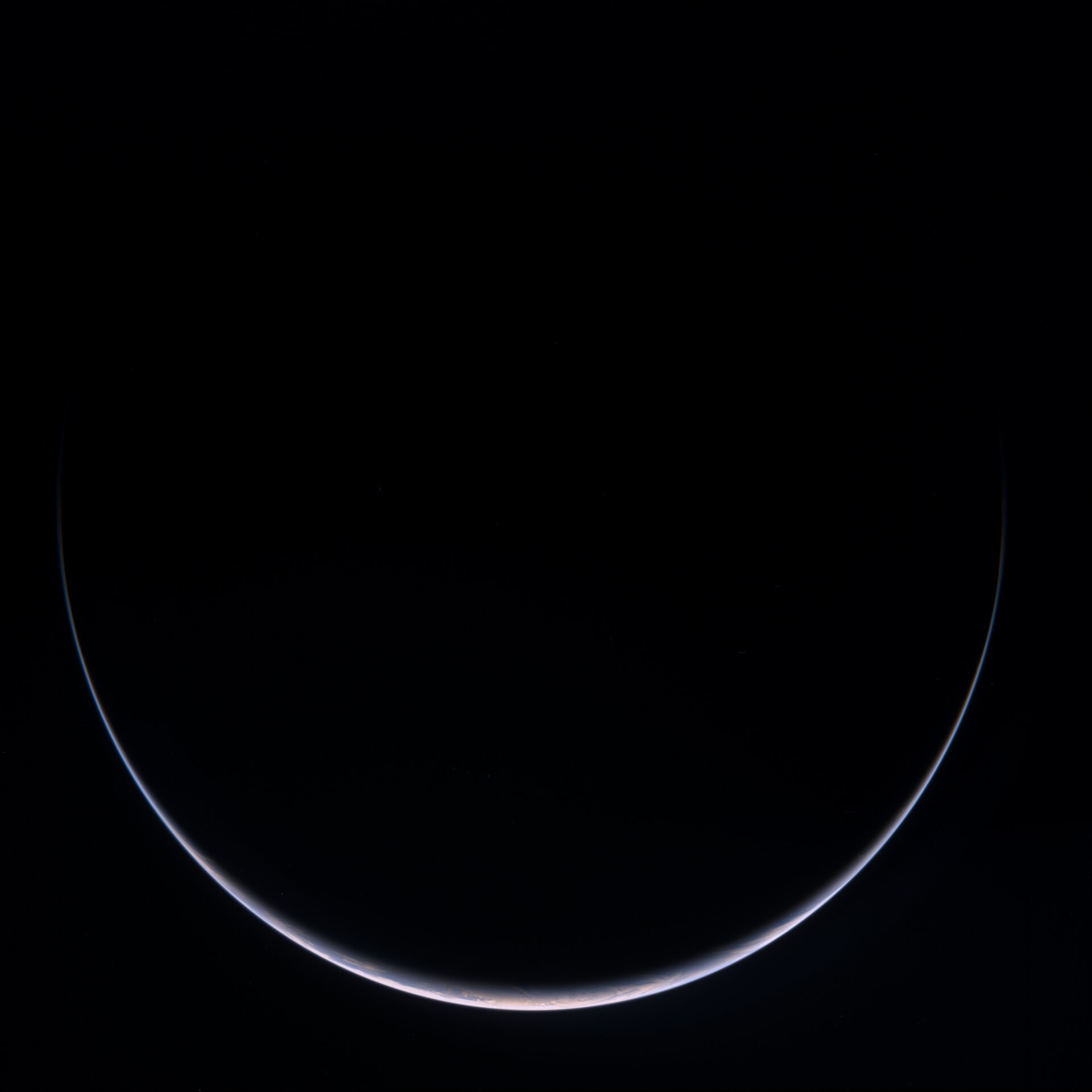 It is always reassuring to catch that first familiar glimpse of home after a great adventure, but for our space-faring satellites the return visit is brief and of a practical nature: to use the planet’s immense gravity to sling it onto a new trajectory.

These ‘gravity assists’ are fleeting encounters, but enough to change the spacecraft’s speed and direction such that it can eventually enter orbit around another world.

This delicate view of Earth was captured in 2007 on the second of three Earth flybys made by ESA’s comet-chasing Rosetta spacecraft on its ten year journey to Comet 67P/Churyumov-Gerasimenko. The spacecraft also got a boost from Mars to set it on course with its destination.

The first ever interplanetary gravity slingshot took place on 5 February 1974, when NASA’s Mariner 10 flew past Venus en route to flybys of Mercury. The ESA-JAXA BepiColombo mission – whose name is inherited from Giuseppe Colombo who originally proposed to NASA the interplanetary trajectories that would allow Mariner-10 multiple Mercury flybys by using gravity assists at Venus – will make nine flybys of Earth, Venus and Mercury to reach the innermost planet and eventually enter orbit about it.

Similarly, ESA’s upcoming Solar Orbiter mission will use Venus gravity assists to change its inclination to get a better look at the Sun’s poles. And ESA’s Jupiter Icy Moons Explorer will first dive into the inner Solar System to use Earth, Venus and Mars to set course for the gas giant Jupiter.

But Earth remains home to a fleet of satellites busy performing a number of different activities from orbit: while some are peering far away into the cosmos, our Earth Observation missions are watching diligently over our precious planet, taking its ‘pulse’ and helping us to better understand how to care for it. The Sun-illuminated crescent seen around Antarctica in this beautiful image certainly evokes a feeling of fragility and reminds us of our special place in space.

The image was taken by the OSIRIS camera on Rosetta about two hours before closest approach during the 13 November 2007 flyby, when the spacecraft was 75 000 km from Earth. The mission went on to become the first to rendezvous with and land on a comet, and the first to follow and study a comet on its orbit around the Sun.