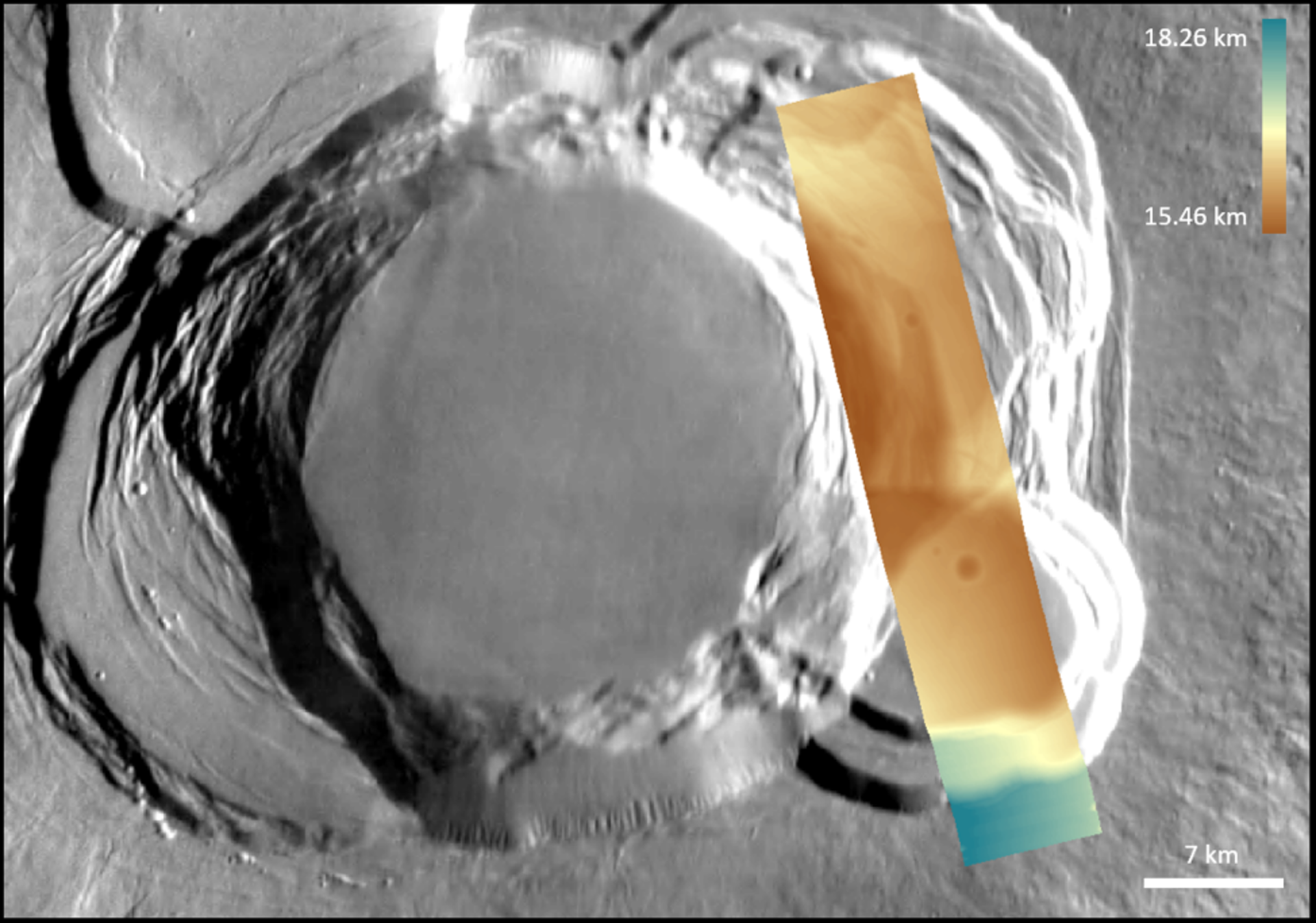 A digital terrain model (DTM) of Mars, obtained from stereo pairs of images collected by the Colour and Stereo Surface Imaging System (CaSSIS) onboard the ESA-Roscosmos ExoMars Trace Gas Orbiter on 11 November 2018.

The imaging strip covers the eastern side of the volcanic caldera of Ascraeus Mons, a 480 km-wide shield volcano belonging to the Tharsis region of Mars. It is the second highest peak on the Red Planet, with a summit elevation of 18.1 km. The volcano was built by several thousand basaltic lava flows. With the exception of its huge size, it is similar to terrestrial shield volcanoes like those forming the Hawaiian islands.

The DTMs are created from CaSSIS stereo pairs obtained using a mosaicking procedure able to combine (typically) thirty framelets. The images and the derived 3D models have a pixel scale of 4.6 m that permits high resolution feature analysis.

The DTMs have been generated through a stereo photogrammetric process implemented in the 3DPD software developed by INAF-Padova.