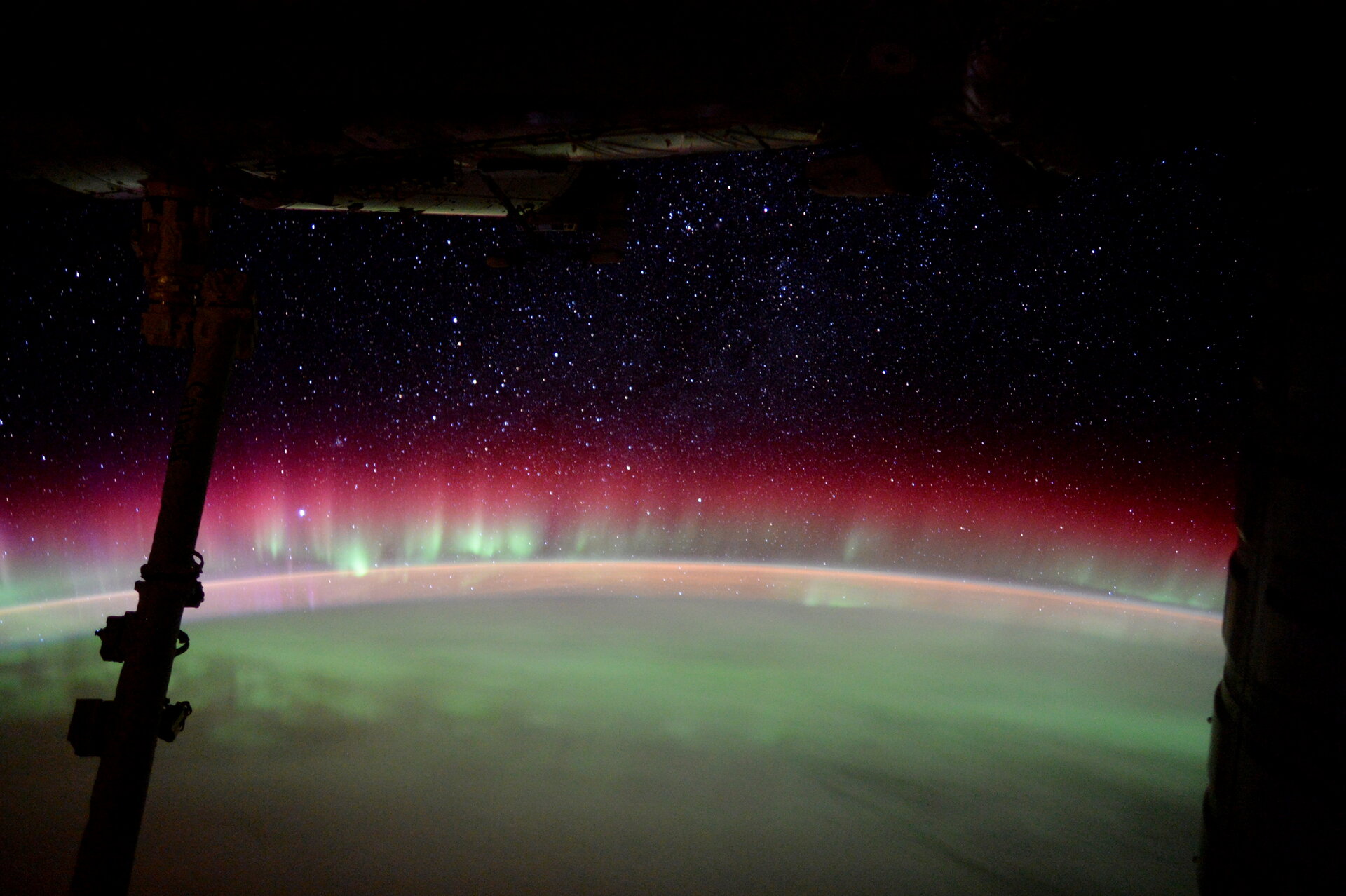 Many people hope to catch a glimpse of these reddish-green swirls of colour floating in the polar skies. Few are as lucky as ESA astronaut Tim Peake, who captured this dazzling display of the aurora Australis from the International Space Station during his mission in 2016.

This stunning display of light splashed across the sky is a product of severe solar wind lashing against Earth’s protective magnetic shield.

But beauty often comes at a price, and the cost of the aurora, popularly known as the Northern or Southern Lights depending on the hemisphere, is constant surveillance of the Sun.

The giver of light and heat and a key enabler of life on our planet, our Sun is also a volatile ball of hot gas 1.3 million times larger than Earth. Though 4.6 billion years old, the Sun keeps on churning, emitting constant streams of electrons, protons and atomic particles, into space.

On its particularly active days, the Sun can throw out a Coronal Mass Ejection or CME, an outburst of colossal clouds of solar plasma that, if colossal enough, could have serious consequences for life on Earth. One such ejection produced a geomagnetic storm powerful enough to cause a nine-hour outage of electricity in Canada in 1989.

Changing conditions in space due to solar activity is known as space weather and some days it ‘rains’ electrons and protons. Geomagnetic storms can affect the vital systems on which our modern societies depend, such as satellites, communication networks or power grids.

So what is ESA doing about space weather?

We cannot control our Sun, but timely alerts – like those to be enabled by ESA’s future Lagrange solar warning mission – will allow civil authorities and commercial actors to take protective measures, helping minimise economic losses and avoid a disaster that could affect all of us. Advance warning of an oncoming solar storm would give operators of satellites, power grids and telecommunication systems time to take protective measures, sometimes as simple as turning off the devices.

Watching the Sun from a unique position in space, the Lagrange satellite will allow monitoring of the potentially hazardous sunspots and high-speed solar wind streams before they come into view from Earth, and detect solar events and their propagation toward our planet with higher accuracy than is possible today.

Through to 5 March, ESA is celebrating Space Weather Days, focusing on the aurora. The highlight is the #AuroraHunters Social Space event taking place in Tromsø, Norway, 3–5 March, in which 30 invited participants from 13 countries gather for briefings on space weather, visits to geophysical observatories studying interactions between Earth and the Sun and – of course – aurora viewing at night (weather permitting!).

If you are lucky enough to glimpse the aurora, though beautiful and harmless, remember that they are the product of the cohabitation with an active star that can do real damage to daily life.