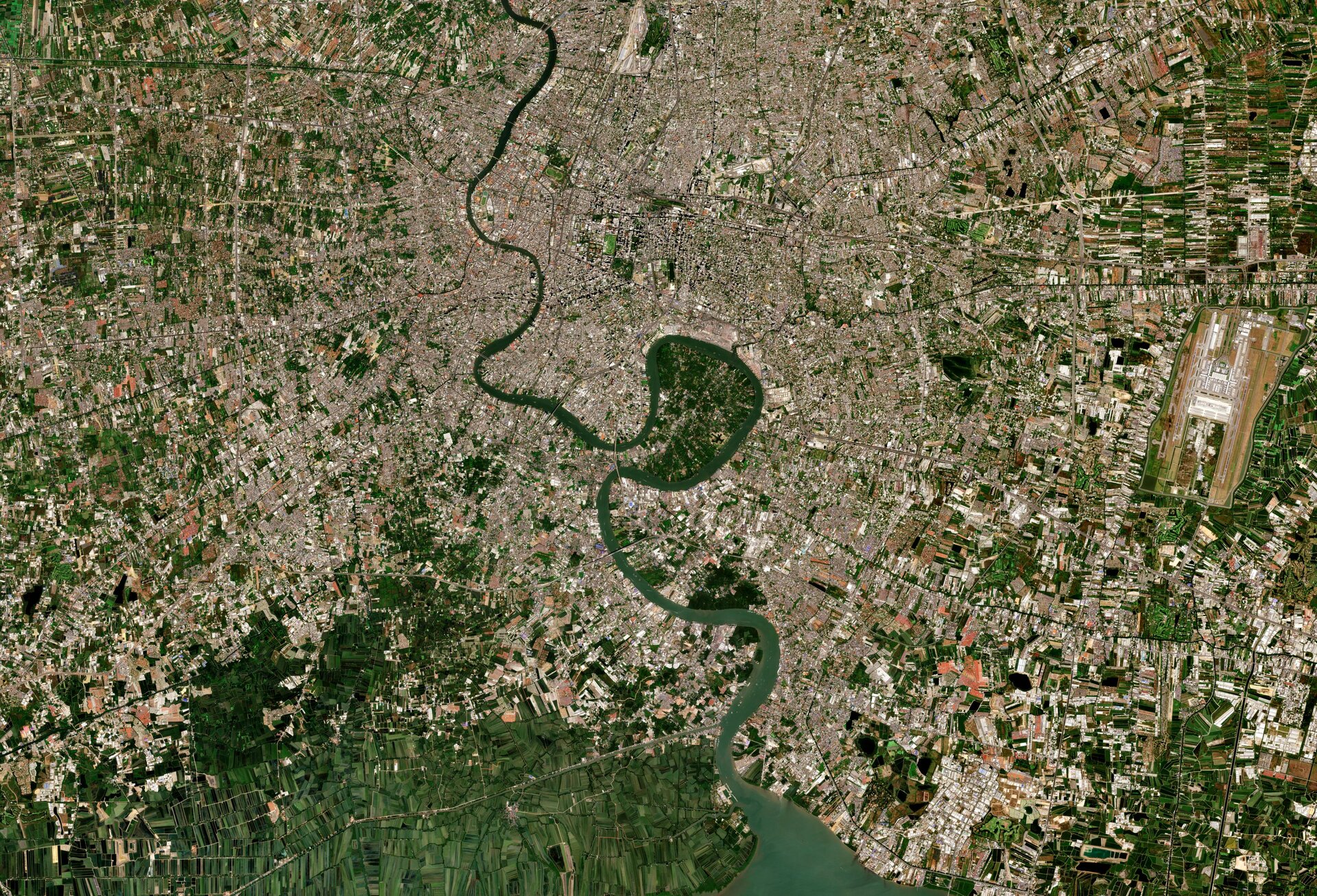 Captured on 22 January 2019 by the Copernicus Sentinel-2B satellite, this true-colour image shows Thailand’s most populous city Bangkok, and its ‘Green Lung’ Bang Kachao.

The UN International Day of Forests is held annually on 21 March. It raises awareness of the importance of all types of forest and the vital role they play in some of the biggest challenges we face today, such as addressing climate change, eliminating hunger and keeping urban and rural communities sustainable. As the global population is expected to climb to 8.5 billion by 2030, forests are more important than ever.

This year, the International Day of Forests put a particular focus on education, but also on making cities a greener, healthier and happier place to live. In cities, trees can help many urban challenges. They act as air filters by removing pollutants, reduce noise pollution, offer shade and provide an oasis of calm in an otherwise busy urban environment, for example.

While Bangkok, which is home to over eight million people, is an example of ongoing efforts being made to increase green spaces to improve city life, it also has a much-valued green haven, which can be seen in the centre of the image.

This horseshoe or lung-shaped, green oasis is Bang Kachao and is in the middle of the bustling city.

Rich in gardens, mangroves and agricultural fields, the 2000 hectares of land is a significant contrast to the vastness of the city’s urban sprawl. Fighting Bangkok’s traffic and air pollution, Bang Kachao’s lush green forest provides the dense city, and the surrounding Samutprakan province, with a flow of fresh air.

The government-protected oasis of green is wrapped around the Chao Phraya River, which is seen flowing through the city of Bangkok before emptying into the Gulf of Thailand.

Copernicus Sentinel-2 allows urban growth to be monitored accurately, providing essential information to urban planners and decision-makers, and is a prime mission for monitoring the health of the world’s vegetation.