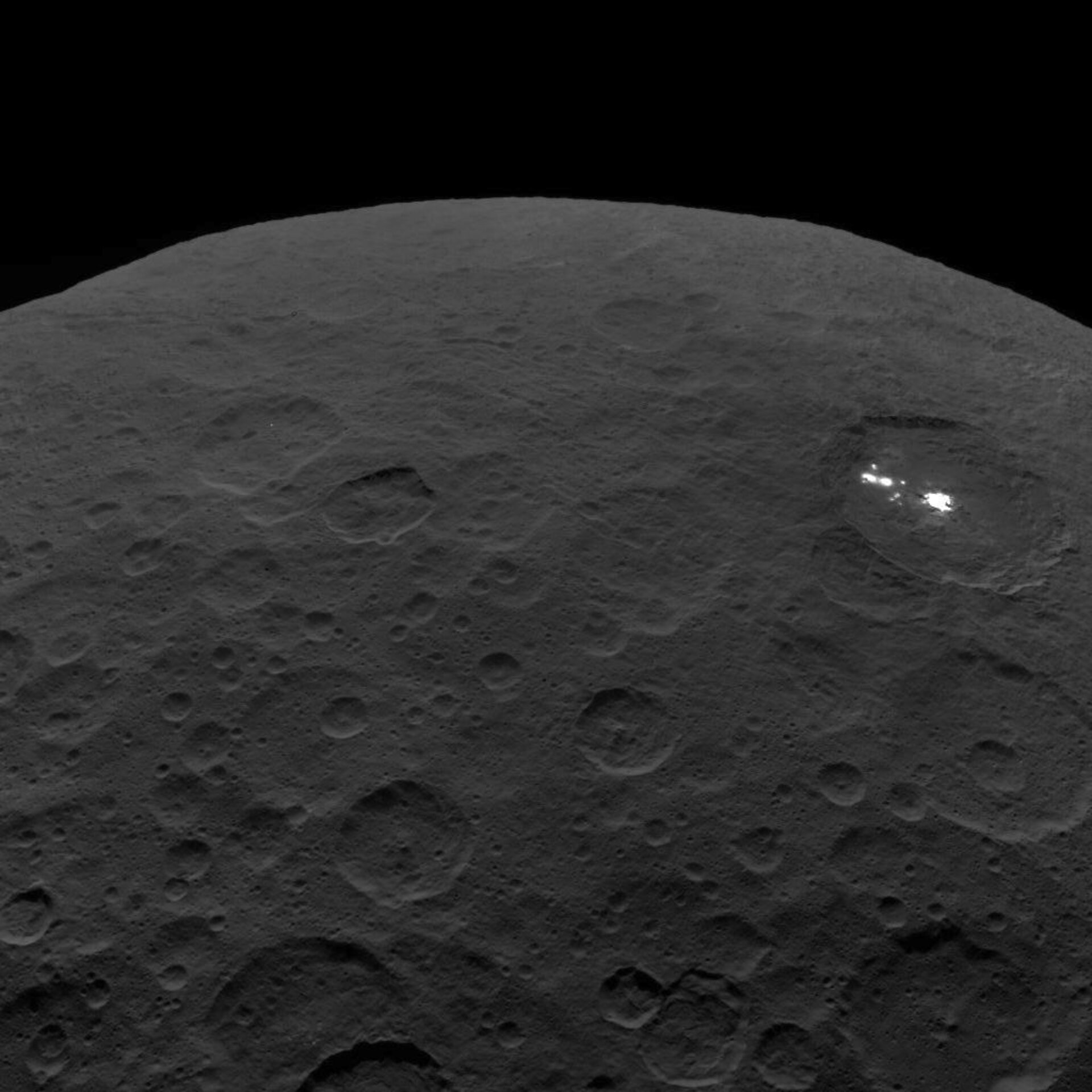 This photo of Ceres and the bright regions in Occator Crater was one of the last views NASA's Dawn spacecraft transmitted before it depleted its remaining hydrazine and completed its mission. This view, which faces south, was captured on 1 September 2018 at an altitude of 3 370 km as the spacecraft was ascending in its elliptical orbit. At its lowest point, the orbit dipped down to only about 35 km, which allowed Dawn to acquire very high-resolution images in this final phase of its mission.