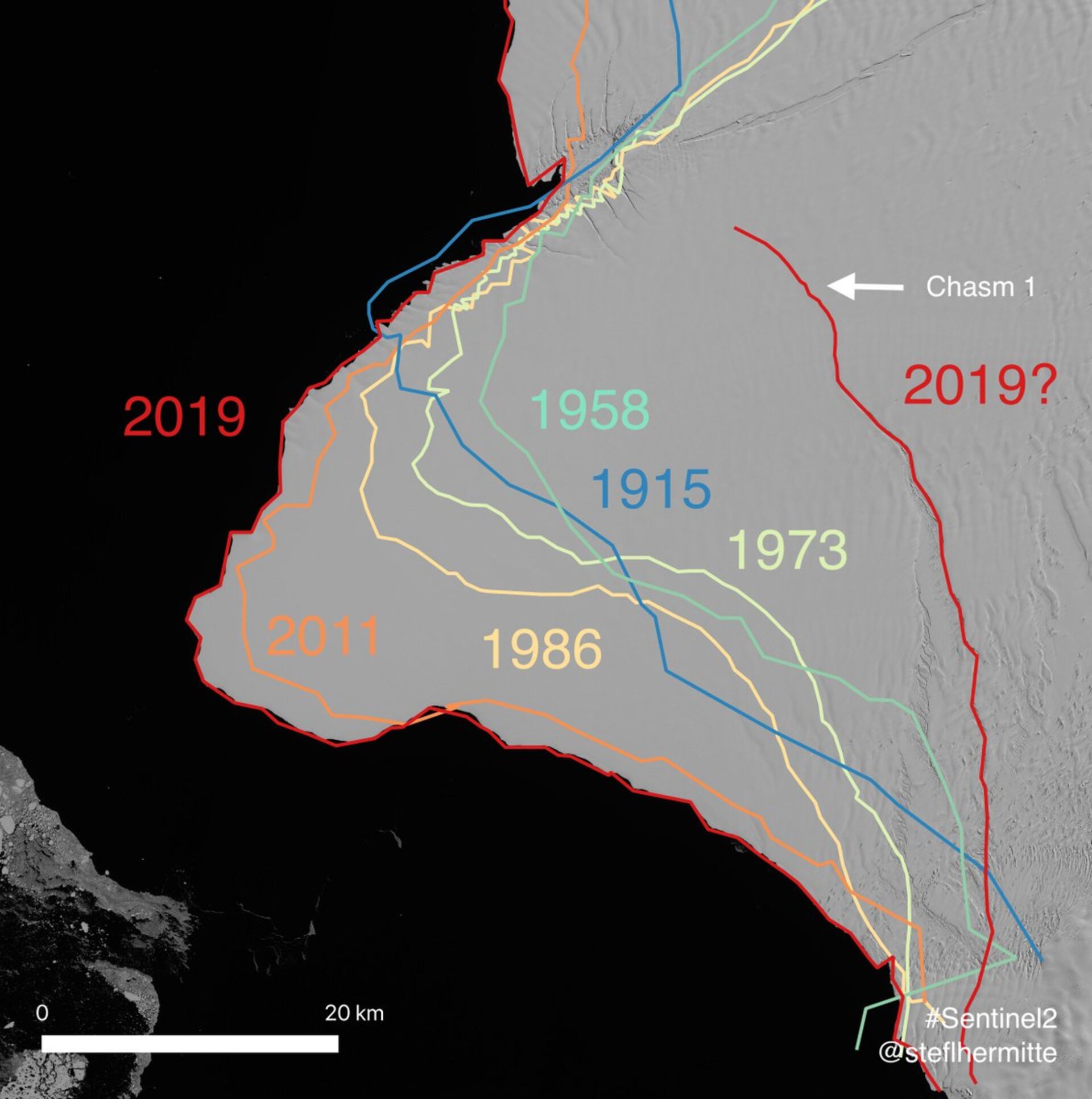 Comparison of Brunt ice shelf calving front locations over the last 100 years, based on 1915 and 1958 historical survey data from the Endurance expedition (Worsley 1921) and International Geophysical Year, respectively, followed by the location in satellite images from Landsat in 1973 and 1978, ESA’s Envisat in 2011, and Copernicus Sentinel-1 in 2019. Comparison of the images indicates that the Brunt ice shelf is at its maximum 20th Century extent.